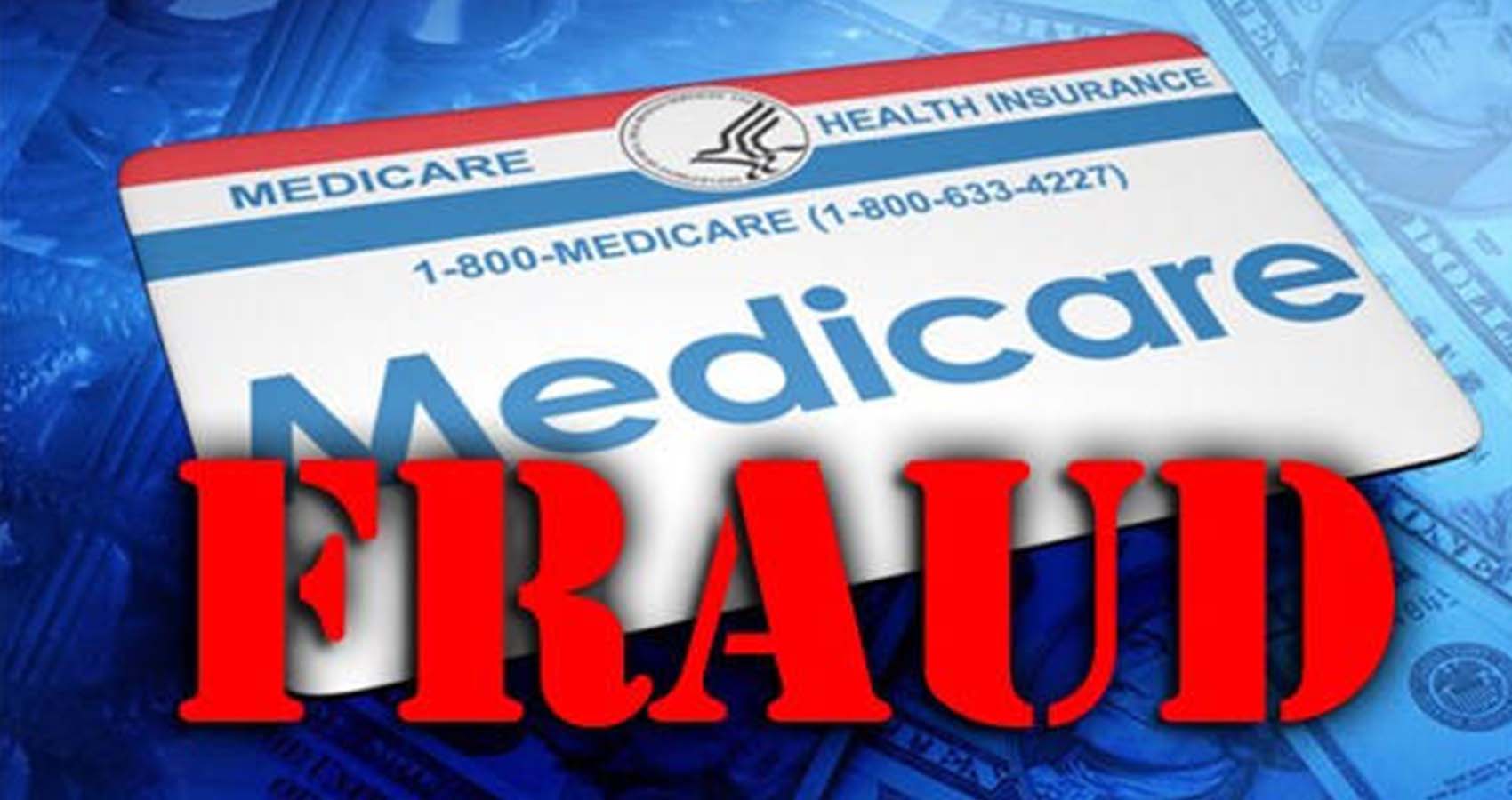 “Corruption, embezzlement, fraud are all characteristics which exist everywhere. It is regrettably how human nature functions, whether we like it or not. What successful economies do is keep it to a minimum. But, unfortunately, no one has ever eliminated any of that stuff”- said. Alan Greenspan, on the evil characteristic of frauds in general.

In USA, the system of Medicare benefits has been an abundant resource for fraudsters. Medicare improper payments were estimated to be $25.74 billion in fiscal year 2020. However, the amount of improper payments made in Medicare are significant, during 2019 representing to an amount of $28.91 billion.

Medicare fraud occurs when someone, whether doctors or patients or scammers, knowingly deceives Medicare to receive payment when they receive a higher payment than they should. Committing fraud is illegal and should be reported. Anyone can commit or be involved in fraud, and there are cases of fraudsters  including doctors, other providers, and Medicare beneficiaries. 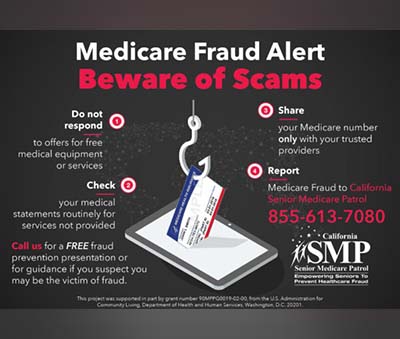 Some common examples of Medicare fraud include billing for services that were not provided, over billing, billing unnecessary services, misrepresenting dates of service or providers of service, and paying kickbacks for patient referrals.

But sporadic instances of frauds are committed by greedy doctors, and a recent case reported, unveils an example of similar cases.

Ravi Murali, 39, formerly from Wisconsin, was sentenced by Chief U.S. District Judge James D. Peterson to 54 months in federal prison for Dr. Murali’s role in defraud Medicare. He pleaded guilty to this charge on March 31, 2021.

As we all know, Medicare is complicated. What may seem like an error to the beneficiary, may result from a misunderstanding about benefits.

It may also be abuse, which involves billing Medicare for services that are not covered or are not correctly coded. The provider has not knowingly and intentionally misrepresented the facts to obtain payment.

Medicare fraud assumes criminal offense. The Centers for Medicare and Medicaid Services (CMS) defines fraud as “the intentional deception or misrepresentation that the individual knows to be false or does not believe to be true,” and that is made “knowing that the deception could result in some unauthorized benefit to themselves or some other person.

Some common examples of suspected Medicare fraud or abuse are:

The federal government has made significant strides in reducing fraud, waste, and improper payments across the government.

The CMS “Guard Your Card” campaign tells people how they can protect themselves against fraud by:

Under the False Claims Act (FCA), the government may pay a reward of up to 30% to people who report healthcare fraud. In September 2019, TELG client Kevin Manieri was awarded more than $12 million for reporting that a drug company defrauded Medicare and other government insurance programs by encouraging doctors to prescribe an unnecessary medication to patients.

Health care fraud is a felony under Michigan’s Health Care False Claims Act, punishable by up to four years in prison, a $50,000 fine and loss of health insurance. It’s also a federal criminal offense under the Health Insurance Portability and Accountability Act. 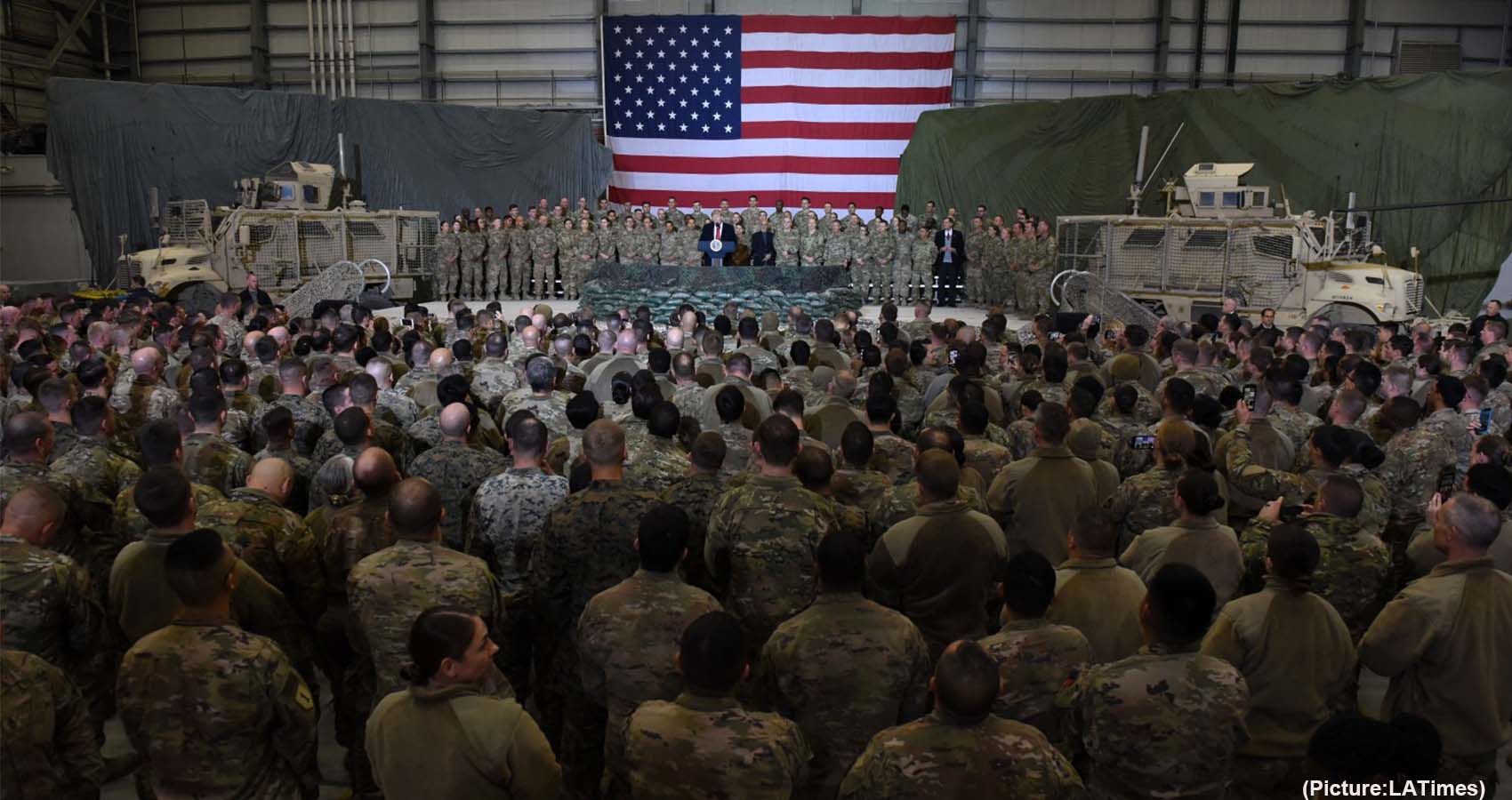 “What happened in Vietnam?” – we had been hearing the question on different platforms for so many years. On U.S. withdrawal from South Vietnam in 1975, many political analysts said China or the Russians would take it over; even now, we are blaming it as America’s humiliating military defeat. “The U.S. invaded Afghanistan in 2001 because the country’s Taliban rulers at the time hosted Osama Bin Laden along with  other Al Qaeda leaders who plotted the Sept.11 attacks on America. Since then, Islamist terrorist groups, particularly the far more radical Islamic State, have established other footholds worldwide, from Mozambique to the Philippines to West Africa.” 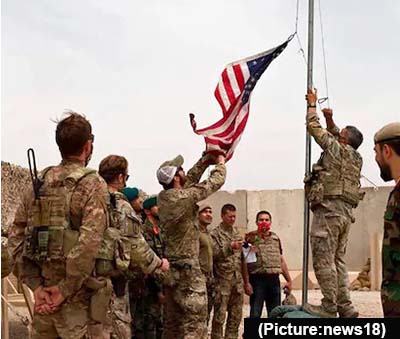 When U.S. troops withdrew from Kabul’s Hamid Karzai International Airport within the stipulated time, the nation’s most prolonged war cost was more than $ 2.3 trillion. During the last 20 years, more than 2,400 U.S. service members have been killed in Afghanistan alone. World astonished to hear that even while retrieving, thirteen U.S. soldiers were killed in the latest suicide bombing in Kabul Airport.  Taliban’s praise of China is aimed at gaining recognition for their government at the international level by establishing links with power like China. China and Pakistan are now the only countries in the region that fully support the Taliban.

According to diplomats, the Taliban decided to end trade with India due to pressure from the two countries. Whether all other hypothesis is right or wrong, this development is a real threat to India in the days ahead. Though we are doubtful about China, America is still stronger in technology, manufacturing, and military power. China is not ready to replace the U.S. in the region unless Pakistan pushes them to do so. Generally, it is criticized that the U.S. could have remained involved in Afghanistan, including by helping the country to maintain stability and combat terrorism and violence, The Taliban infiltration began after the United States began withdrawing from Afghanistan. First, they conquered each of the provinces. The American-trained Afghan fighters had to look on helplessly. Eventually, the militants took over. Not only did the militants take power on the soil they had fought for 20 years to drive out the militants, but they also took the lives of 13 American soldiers before withdrawing from there.

Have you ever heard the old sarcasm on U.S.: “They nurtured terrorist organizations by giving U.S. dollars to Pakistan to fight terrorism. American soldiers were shot dead with guns provided by the United States. When the U.S. was sifting through Afghanistan to capture Bin Laden, Pakistan hid him in their base and made the U.S. play a monkey. Unaware that Bin Laden was hiding in the next room, Hillary Clinton went to Pakistan, blamed India, and befriended Nawaz Sharif. She said a poor developing country was seeking permanent membership in the U.N. Security Council. Sharif and his group laughed at Hillary’s joke. How about American intelligence” if that was the actual story,  the U.S replied promptly later.

The story remains the same even after 21 years, US went to overthrow militants and terrorists in Afghanistan, but now left by handing over power to them only!. (Do not try to teach new tricks to old dogs, or democracy to Islamic conservatives.) We may be hearing more about the foolish things that happened on our quick withdrawal, leaving so many supporters helpless in the terrorists’ hands and leaving many weapons, bomber planes, and ammunition with the enemy..

The whole world knows that the Taliban captured Kabul, but they have no power to speak. Terrorist organizations like ISK, more potent than them, are growing in Afghanistan. Pakistan will be ready to help them.  This is where the importance of USA or NATO needs to be highlighted; America is burdened with more challenges and responsibilities, including the refugees and terrorists being spread everywhere!