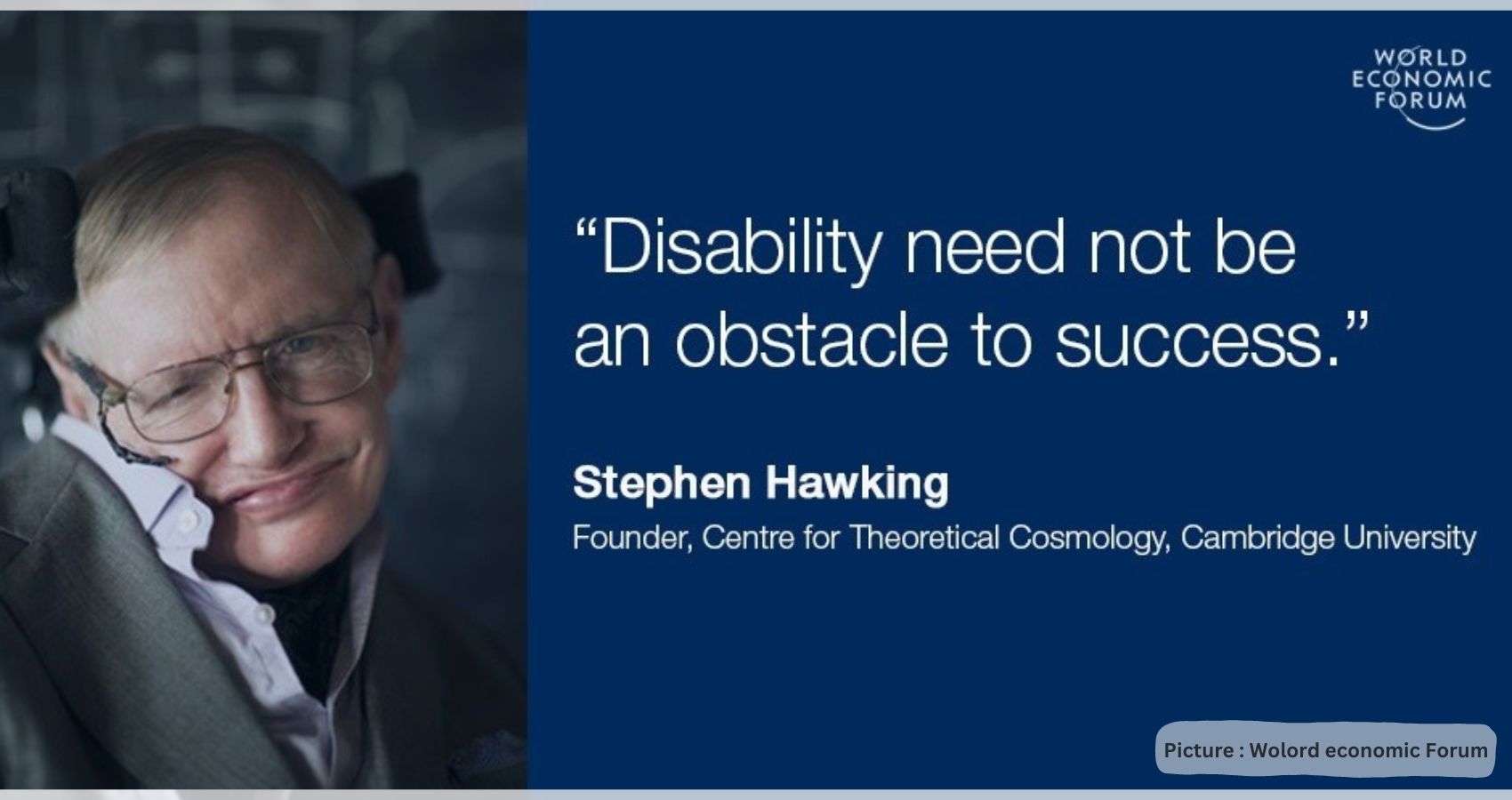 What we call differently-abled people are people with different abilities, which cannot be denied.

“The annual observance of the International Day of Disabled Persons was proclaimed in 1992 by the United Nations General Assembly resolution 47/3. The Day observance aims to promote an understanding of disability issues and mobilize support for the dignity, rights, and well-being of persons with disabilities. It also seeks to increase awareness of gains derived from integrating persons with disabilities in every aspect of political, social, economic, and cultural life.

The main program of the observance of the International Day of Persons with Disabilities at the UN Headquarters in New York will include the Opening, panel discussions, and cultural events. Member States, civil society organizations, and the private sector are welcome to organize their events to celebrate International Day to raise awareness and promote the rights and perspectives of persons with disabilities worldwide”. (UN Department if Economic and Social Affairs)

Many disabled persons endorse that the biggest inspiration in their success, is Lipin Raj, who got into the civil service despite his visual impairment. The author as a disabled person, turned himself as an inspiration to many, but never compromises his attempts with a sense of inability!

Many people around us put aside the handicaps of life and put success into their own hands. Alix Louise Savage is an Australian Paralympic wheelchair racer and leading coach. Sauvage is considered Australia’s most famous disabled sportswoman. He won nine golds and four silvers in four Paralympic Games and eleven golds and two silvers in three IPC Athletics World Championships. And has won four Boston Marathons. He also achieved world records in 1500m, 5000m, 4x100m, and 4x400m relays.

She was the Australian Female Athlete of the Year in 1999 and the International Female Wheelchair Athlete of the Year in 1999 and 2000. In 2002, her autobiography Louise Sauvage “My Story” was published. Many world-renowned people have come forward with the message that disability is not a barrier to success in life. Beethoven, a world-renowned pianist, born in Germany, was hard of hearing. American writer Helen Keller was visually challenged.

Stephen Hawking, Steve Jobs, Franklin D. Roosevelt, and others are also great people who have overcome crises. Indian woman Arunima Sinha overcame physical challenges to become one of the world’s best mountaineers. They have conquered many peaks in the world, including Mount Everest. Ira Singhal, who topped the civil service examination in 2014, and Shekhar Naik, who led the Indian blind cricket team to victory in the Twenty20 match in 2012, have also fought tirelessly in the face of adversity.

December is International Day of Persons with Disabilities. The United Nations decided to celebrate this day to end the inequality and discrimination faced by people with disabilities in social life.

A sign of cultural superiority is the vision to embrace more diversity. When one imagines primitive man struggling for basic survival, such as food, shelter, and security, artistic growth may seem like a spectacle. But in modern times, when we communicate as a global village, cultural promotion becomes an integral part of social life.

A diversity perspective is also an approach that goes beyond dichotomies such as black-white and male-female. It is essential to include people with disabilities in this holistic approach. According to the World Health Organization, around 100 million people worldwide have some form of disability. It is also basic etiquette to share the joy of the cultural world that humanity has built.

The United Nations promotes enabling inclusive development by ensuring the participation of the differently abled in the mainstream of society. To this end, the United Nations takes the initiative and intervenes to bring about changes in legislation and policy approaches at the national level. The World Health Organization, a part of the UN, also plays an essential role in coordinating Disability Day celebrations.

The celebration of this day also reminds the world every year of the importance of protecting the rights of persons with disabilities, they too have equal rights to live.