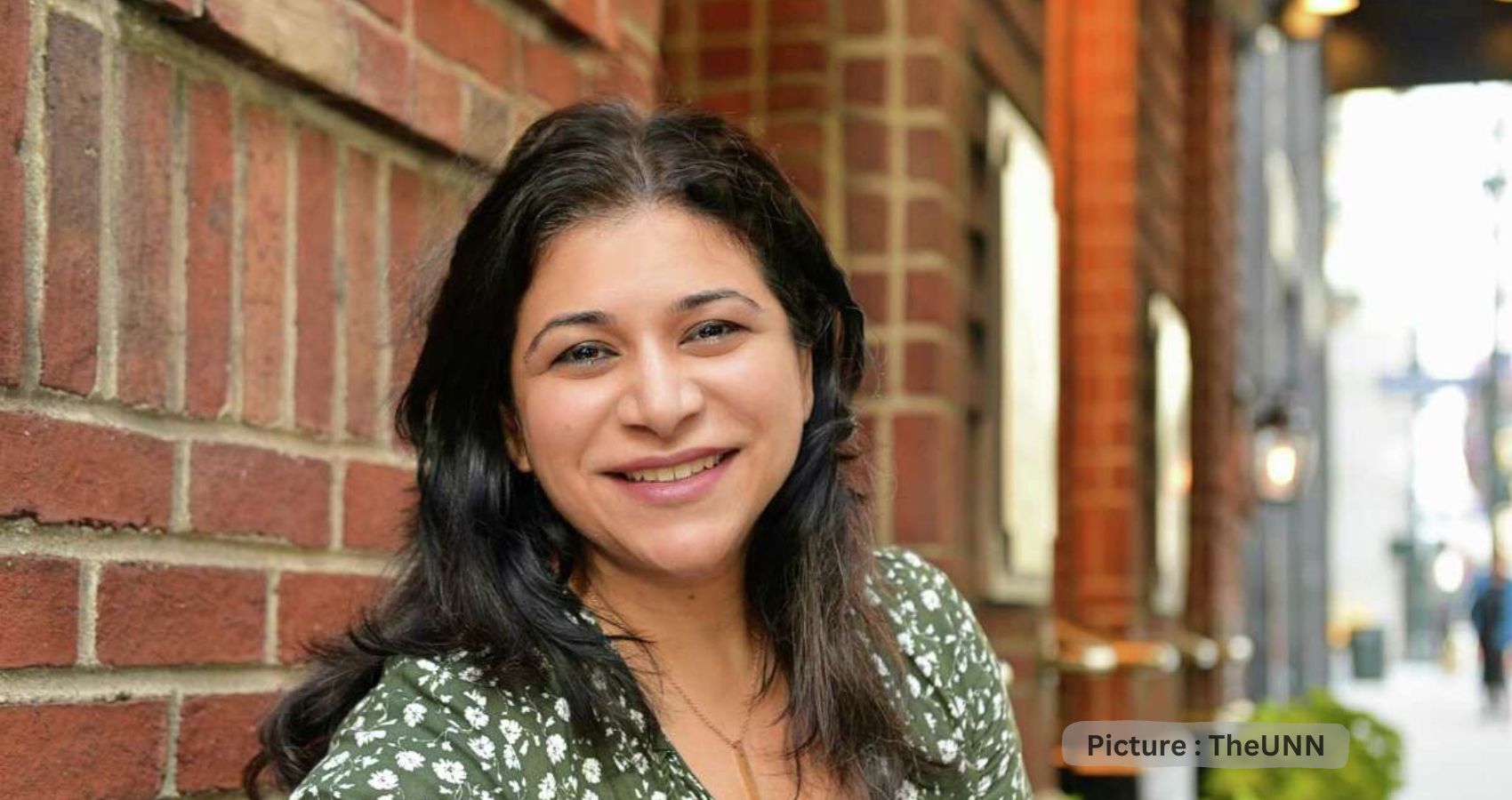 “The time is now to take responsibility for getting our state back on the right path.”

“For too long we have allowed our representatives in Hartford to finger-point and leave messes for others to clean up,” Sujata Gadkar-Wilcox, a Democratic Party candidate, for the 123rd District seat in the state House of Representatives, said. “The time is now to take responsibility for getting our state back on the right path.”

Gadkar-Wilcox said her platform is based on creating a new kind of politics. Gadkar-Wilcox, an Indian American, is pitted against incumbent David Rutigliano, a Republican in the November 8th mid-term elections. Rutigliano has held the seat since 2012. An associate professor at Quinnipiac where she teaches Constitutional law and human rights, Gadkar-Wilcox spoke passionately about how she plans to represent the entire population in
Trumbull that is fast growing and diverse.

Gadkar-Wilcox said she was running out of concern for the “contentious and divided”political environment. “The time is now to take responsibility for getting our state back on the right path,” she said. “We have an obligation to ensure that our children enjoy quality public education, preparing them to be innovators and problem solvers. We must find sustainable solutions to manage our budget while not imposing an undue burden on our residents. We must responsibly invest in upgrading our infrastructure, which is the economic lifeline to our state.” 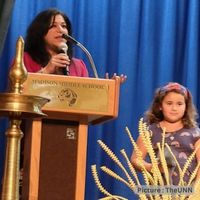 A Trumbull resident for nearly two decades, Gadkar-Wilcox said she hoped to create a new kind of politics that would work for everyone. “I hope to earn your support so that I may carry your voice to Hartford, working to ensure that you are not only able to thrive, but that Connecticut remains the place you are proud to call home,” she said. “As we move towards election day in November, I will work to earn your trust (and your vote) by listening to your concerns and sharing my vision for a new kind of politics.”Gadkar-Wilcox is a Professor of Constitutional, Comparative and Human Rights Law. She was honored to receive a Fulbright-Nehru Award to support her research on the framework of the Indian Constitution. She also is a former director of juvenile law at Family Services in Westchester where she worked to train attorneys and law students in violence and delinquency prevention programs.

She was awarded the prestigious William Fulbright Foreign Scholarship Board, which enabled her to travel to India during the 2015-2016 academic year to continue her research on the framework of the Indian Constitution.

I am delighted to be selected for a Fulbright-Nehru grant to continue my research,”Gadkar-Wilcox said.”My interest in understanding the pluralism informing the drafting of the Indian Constitution relates to my own experience of being raised in the United States by immigrant parents who instilled in us an appreciation and understanding of our own Indian cultural heritage. The process of operating in overlapping cultural spaces has always enabled me to approach issues from a different vantage point, which is what I see in the drafting of the Indian Constitution as well.”

“Both of my parents were born in India, and I was inspired as a young adult by my grandfather&’s stories of his presence at Mahatma Gandhi’s ‘Quit India’ speech, his involvement in pro-Congress Party student protests, and his admiration for B.R. Ambedkar,both as a Maharashtrian and as an advocate for dalit “untouchables” These led me to be intrigued by the issues of constitutional change at the time of India’s independence.

In 2017, Sujata received the James Marshall Award for Service to the Quinnipiac community. She serves as a faculty fellow with the Albert Schweitzer Institute, is a member of the Oxford Consortium for Human Rights and is a Carnegie New Leader with the Carnegie Council for Ethics in International Affairs. Sujata, her husband Wynn, and their two daughters live in Trumbull, CT.

The race is a rematch of the 2018 contest which she lost by just over 900 votes, the closest showing by a Democrat in the district in 46 years, according to Trumbull Democrats. Trumbull First Selectman Vicki Tesoro said she was “thrilled” that Sujata is running, and described her as “passionate about doing what is right for others.”

According to Regina Haley, Gadkar-Wilcox’s campaign manager, “What’s remarkable about Gadkar-Wilcox’s incredibly fast fundraising effort is that it happened organically,”said Haley. “We posted on Facebook and sent out an email. Then the word just started to spread. It’s like people have been waiting for a candidate like Gadkar-Wilcox. The energy behind her is enormous.”

“In the long run, Connecticut requires a politics characterized by careful deliberation, openand direct communication, and good decision-making,” says Gadkar-Wilcox. “Politics needs to move away from the back and forth of partisan commentary and get to issues beyond the headlines and sound bites. We need to discuss the more fundamental structural issues that will create a better political climate and a more vibrant economy.”

Confident and determined, Gadkar-Wilcox says, “I hope to earn your support so that I may carry your voice to Hartford, working to ensure that you are not only able to thrive, but that Connecticut remains the place you are proud to call home,” she said. “As we move towards election day on November 8th, I will work to earn your trust (and your vote) by listening to your concerns and sharing my vision for a new kind of politics.” For more details on Sujata Gadkar-Wilcox, please visit: http://sujataforct.com/