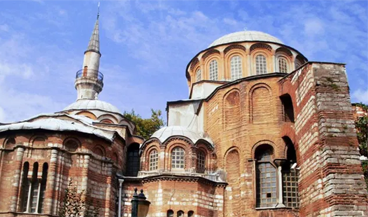 The Turkish government formally converted a former Byzantine church into a mosque Friday, a move that came a month after it drew condemnation from people around the world for similarly turning Istanbul’s landmark Hagia Sophia into a Muslim house of prayer. A report stated here that Istanbul’s Church of St. Saviour in Chora, known as Kariye in Turkish, was handed to Turkey’s religious authority, which would open up the structure for Muslim prayers.