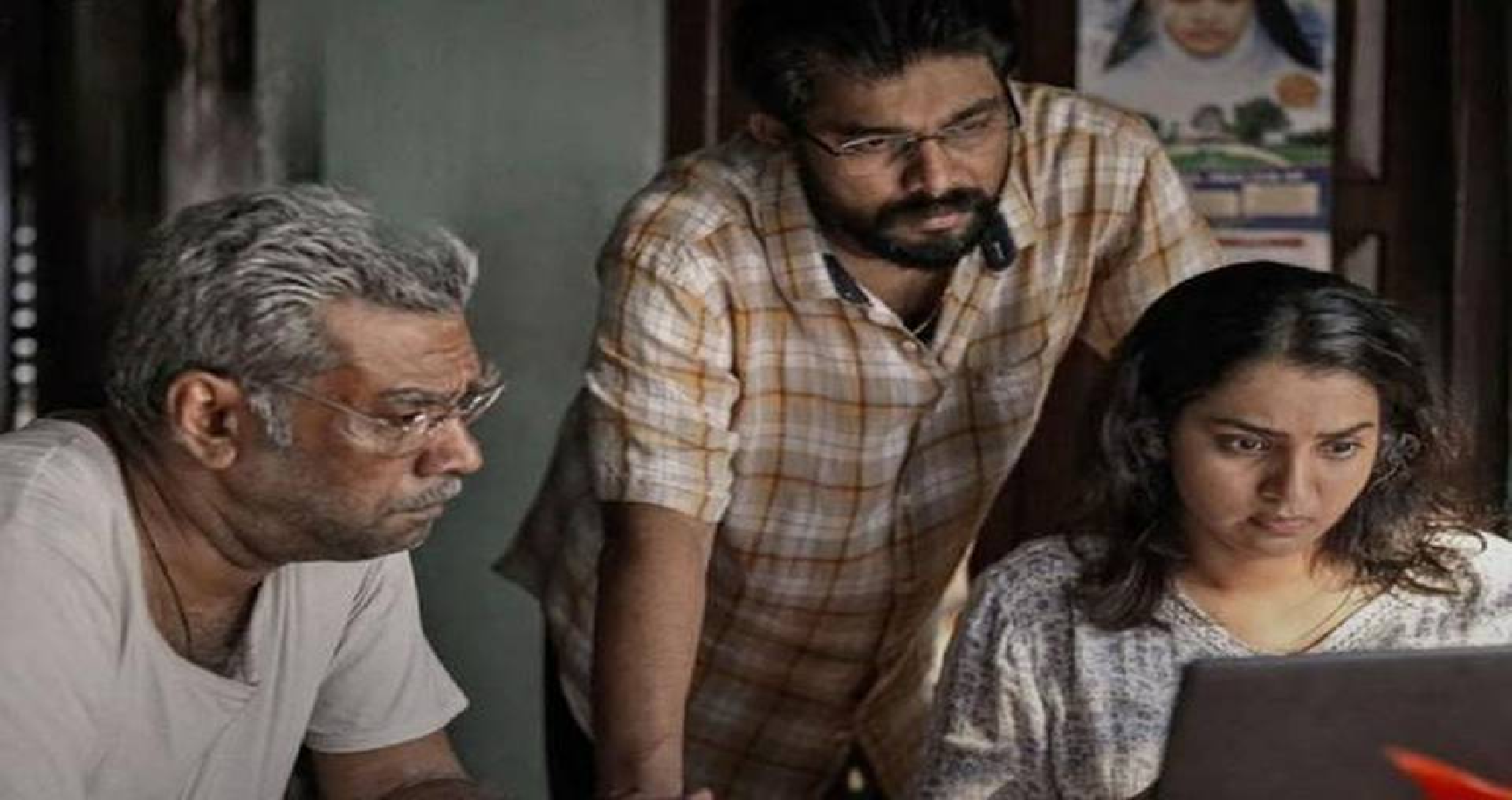 Aarkkariyam Is a Malayalam movie that presents lives in disarray, looking for moorings and closure, in the most natural way in a most unnatural year where we all were forced to live in isolation.

The beginning of the pandemic, in early 2020, already seems like a life-time ago. Aaakkariyam opens with a couple who live on the outskirts of Mumbai getting ready to drive down to Kerala. The two-day road trip is the only way to get from one place to another, and even this needs to be done fast, as crossing state borders may also soon become impossible.

A certain easy-going, calm atmosphere pervades Aarkkariyam even in supposedly the more tense moments in the narrative. So much so that close to the interval, when a key character makes a rather shocking claim, even that is delivered in a cool, collected manner, as if he is speaking about one of the dinner dishes. This somehow gives a chilling quality to that scene, yet this light treatment also limits the film at other key points.

Cinematographer Sanu John Varughese’s directorial debut is firmly set in the post-pandemic world, with the after-effects of the virus being a part of the narrative. Shirley (Parvathy Thiruvothu) and her husband Roy (Sharaudheen), who are settled in Mumbai, are returning home to Kerala to be with her father Ittyavira (Biju Menon), ahead of the COVID-induced lockdown. Beset with financial crises, Roy is also looking to raise urgent funds to repay his friend, who helped him in need, while Shirley is devising various ways to bring back her daughter who is stuck in another state.

Like millions of hapless people, the harsh lockdown has justify Sherly (Parvathy Thiruvothu) and Roy (Sharafudheen) in a tight financial bind. The only way out is for them to head south, where Sherly’s father, 73-year-old Ittyavira (Biju Menon), and young daughter (Tejaswini), are eagerly waiting their arrival. The palpable sense of relief when they reach home is evident; you can see the tension leaching out of the exhausted couple. It even begins to look as if the resourceful Ittyavira may have a solution to their problems, and then, wham, a flying missile encapsulated in a throwaway remark strikes. And everything crumbles.

This, the delivery of the bombshell, is the most artful part of the film which knows how to incorporate artlessness in its telling. In his debut directorial, Varghese, who has been the cinematographer on such films as ‘Kartik Calling Kartik’, ‘Badhai Ho’, ‘Wazir’, ‘Android Kunjappan’ and ‘Take-Off’, among others, shows that he knows exactly how to recreate life on screen with such ease that you forget you’re watching stuff mediated by a camera.

What we get is a well-knit plot that gives up its secrets as it goes along. We learn why Sherly’s daughter is living away from her, and our assumption about Roy being the father is just that, an assumption. Sherly’s painful backstory threatens to come alive again, as Roy begins unravelling the dark secrets that lie buried. Can we ever fully escape our past? Can our faith save us from mortal sin?