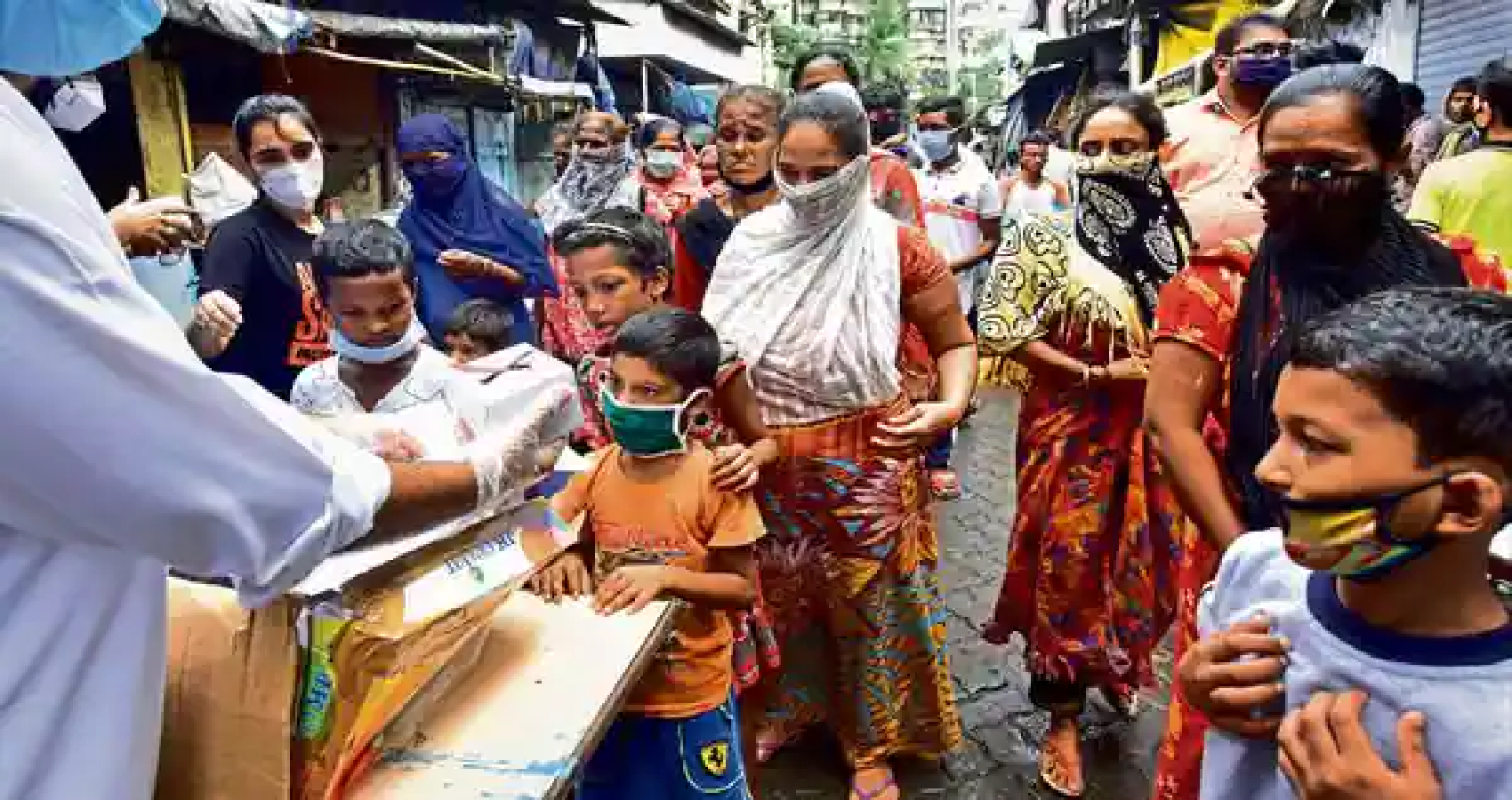 Many Indian-American community and charity organizations in the United States say they are not able to send funds to NGO partners in India thanks to a newly amended law even as that country gasps from a tsunami of a second wave of the coronavirus pandemic.Many US-based non-profits said the Narendra Modi government’s action in regulating of foreign funds was arbitrary.The NGO members and have also pointed to the alleged slow processing of paperwork by State Bank of India (SBI), and are asking the Indian government to revise the deadline so that they can help the country in its time of acute need.

On September 28, 2020, the Indian government amended its Foreign Contribution Regulation Act or FCRA, which regulates the steps that India-based nonprofits must follow in order to receive foreign funding, including from US-based foundations and corporations.“Two important things changed with the amendments,” AtulSatija, CEO, GiveIndia, which has been working on the ground in India, explained to indica News. 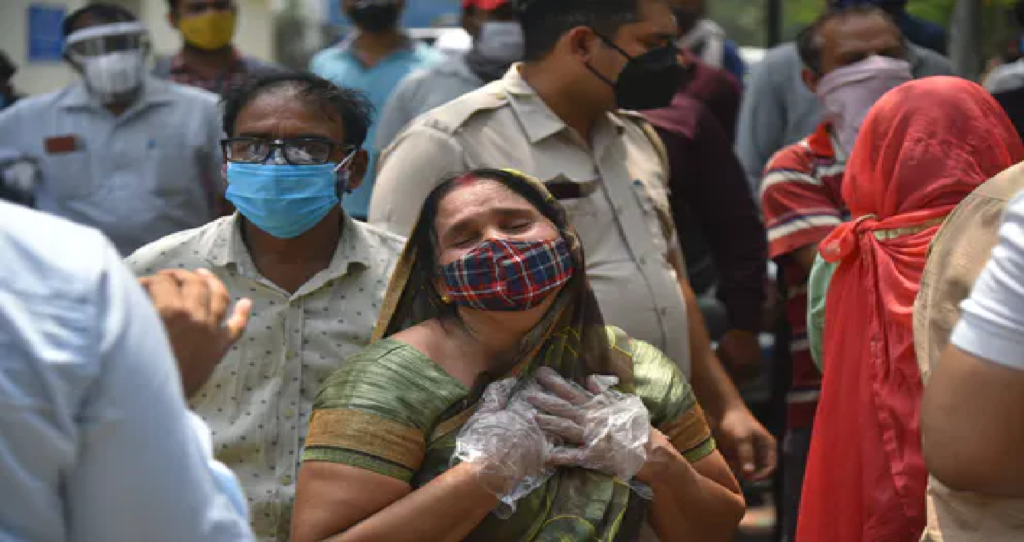 “Firstly, every NGO in the country had to set up an FCRA designated account at the main branch of State Bank of India in New Delhi to receive all foreign donations. Earlier, donations could be received in any bank where the NGO had a designated FCRA account.

“Second,” Satija added, “NGOs now cannot sub grant their foreign contributions to another NGO even if they have FCRA registrations as was the case earlier. This has been a blow for many NGOs who have been working collaboratively on various programs and projects. However, FCRA donations can be spent on the ground — which is what we are doing for our Covid relief work, including making direct cash transfer to low-income families of the Covid deceased, often an earning member.”

Under the amended FCRA, all nonprofits must create and solely use a new account with the State Bank of India in New Delhi. Once the account gets opened, the bank then reports the contribution and its intended use to the federal government.The Indian government gave until March 31, 2021 for charitable groups to set up this account. It said that the NGOs can continue to use existing FCRA accounts until the transition date.However, many nonprofits in the US said that funds have not gone to recipients in India.

For example, AbhayBhushan one of the pioneers in terms of the Indian-American nonprofit sector, who helms Indians for Collective Action (ICA), told indica News that money he has sent to India has been returned, not once but several times.He said that the ICA has partnered with 50 NGOs in India and 20 percent of those who applied have got the new accounts and some are just getting it. “Due to covid the processing has gone slow,” Bhushan said.

He said an application takes months to process and government officials were nixing FCRA applications for the slightest of errors in the application.“So the government of India, for whatever reason, is putting a lot of stoppages [in the path of foreign aid],” he said.

“I don’t know why,” Bhushan added. “I understand they want to have control. Now through this, they can see they have clear visibility.”Dr Thomas Abraham, chairman of the Global organization of People of Indian Origin (GOPIO), shared similar views.“The [Indian] government has been making arbitrary decision on giving permission to non-profits in India under FCRA rules without properly looking at the merit of organizations applying for the same, or even delaying the permission to genuine groups which have been active in the field,” Abraham told indica News.

“GOPIO chapters in India are yet to get the permission FCRA,” he said. “For example, it is going to be more than two years since GOPIO-Kochi, a duly registered nonprofit organization, applied to receive funds from outside, especially from GOPIO International which collected funds for the 2018 Kerala flood relief. The chapter’s application is still pending and we have not been able to send the money collected to our chapter yet.

“Now,” Abraham continued, “a large number of nonprofit community organizations are raising funds for India, including to to send oxygen concentrators which are badly needed all over India. The government must immediately remove all hurdles to get this medical equipment and supplies to the hospitals which need them urgently.”

DrTulika Narayan, a development economist who has been associated with the non-profit Association for India’s Development (AID) in Washington DC, told indica News that some NGOs are still waiting for the FCRA account approval letter either from the SBI or the ministry of home affairs.

“All the work has stalled and we are trying our best to help,” said Narayan. “We are sending medical equipment but imagine right now in the time of need is exactly when we are not able to help.She said that the grassroots NGOs that have good connections in the community and those working on issues of public health in remote areas, urban slums, etc, could play a very powerful role in stemming the spread of the pandemic.

“In fact, many of them are already doing it. But without support, the efforts might begin to fade. Also to support people who are moderately ill or help severely ill people to get to the hospitals, NGOs can play a significant role,” she pointed out.

Asked what she wanted the Indian government should do, Narayan said: “Authorize all NGOs which have FCRA clearance to use their earlier FCRA bank accounts to receive new funds from grants… Our request is to the government is only that you extend the deadline by six months.”Shaheer Khan, who is on the board of directors of the Aligarh Muslim University Alumni Association of Northern California, echoed Narayan.

“I request the government to extend the deadline for six months and facilitate the flow of humanitarian aid, whether funds or medical supplies,” Khan told indica News.The Modi government has earlier severely curtailed the functioning of many international charity organizations, including Amnesty International, in India — mostly by choking them of funds.