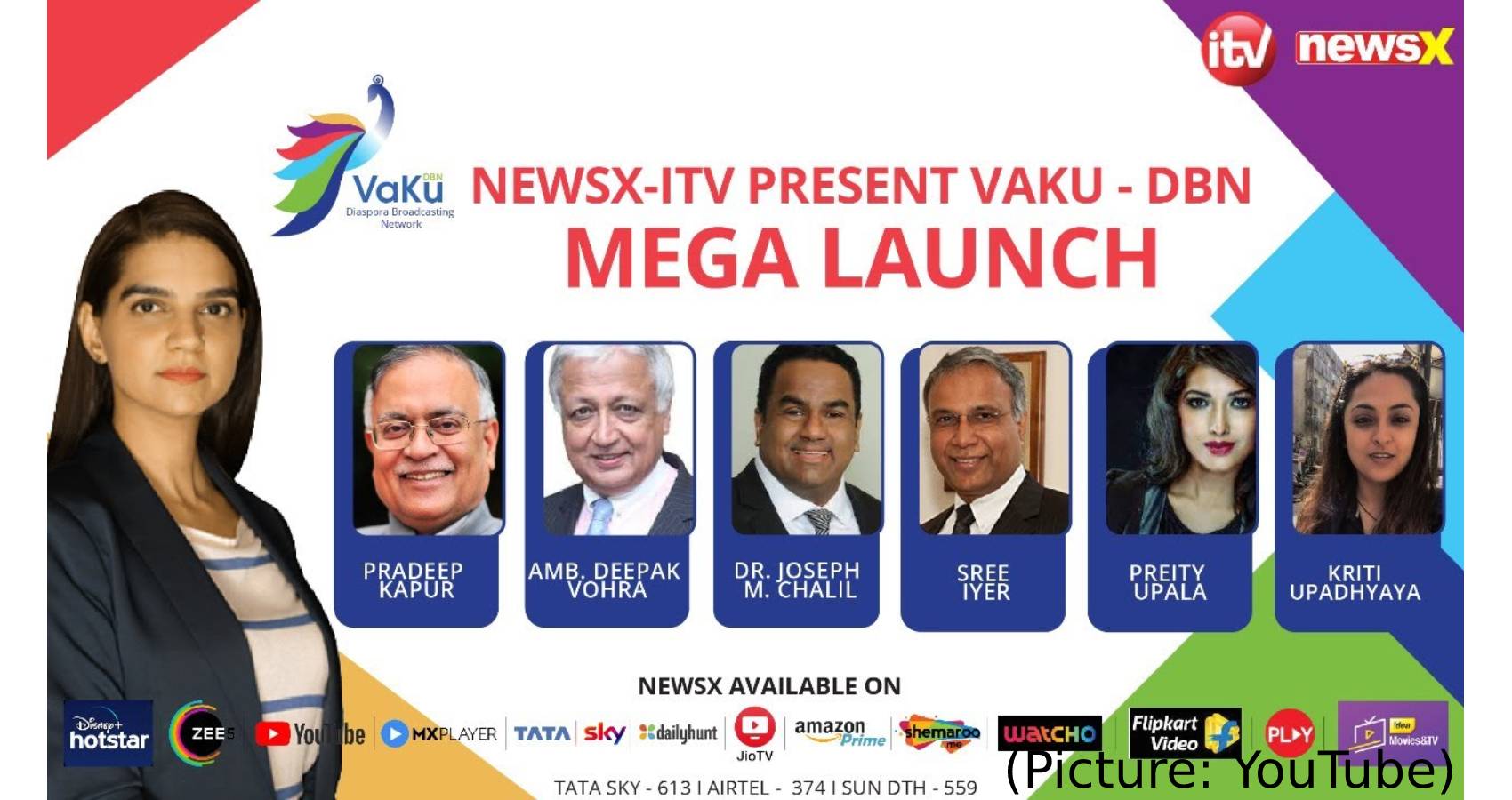 Diaspora Broadcasting Network, a dedicated community-based ecosystem to connect India’s enterprising and brilliant diaspora with the large Indian audience. VaKurecognises go-getters and achievers from the Indian diaspora and amplifies their success stories to the world. We have devoted a special bi-weekly primetime broadcast on NewsX conducting interviews, award shows, Hall of Fame, Diaspora Top 100, podcasts, hangouts, and more. We are on a mission to create a community of 10,000 diaspora.

Naeem Khan spoke about how the Indian fashion designers have come of age. ‘India is poised to become one of the biggest fashion countries in the world. We are a great country with such diversification,’ he said. VivekLall mentioned about the renewed vigour with with the Indo-US defence ties are shaping up. ‘One of the biggest shifts have been the confluence of the congress of India and USA with common objectives and goals,’ he said. ‘People resonated with the immigrant story, the one where you have to work hard to live in that country, the one where I’ve achieved the Amercian dream,’ Rik Mehta said who is contesting the 11th Congressional district from New Jersery for the up coming 2022 election.

The VaKu show launch also saw some of the most eminent members of the Indian diaspora discussing the relevance of the VaKu platform at a time when the world was keenly eyeing the India success story. SreeIyer, PGurus founder based out Washington, Ambassador Pradeep Kapur and professor at University of Maryland, U.S, Dr Joseph Chalil, chair of Indo-American Press Club, Ambassador Deepak Vohra and KritiUpadhyaya of CSIS in Washinton DC pledged their support and best wishes to the VaKu initiative.

VaKu is an apolitical, not-for-profit model, which has tied up with Memboro, a platform for content creators to make multiple subscription tiers and accept one time payments as a token of appreciation. The VaKu show launch also saw Memboro co-founder UtsavSingla explaining how anyone can sign up on Memboro and subscribe to VaKu on the platform. Watch VaKu – Diaspora Broadcasting Network on Wednesdays and Saturdays 7.30 pm IST only on NewsX. You can catch the repeat telecasts on Saturdays and Sundays at 8.30 am IST only on NewsX. VaKuMemboro subscription is available at Rs 100 per month and offers its members exclusive content, among other perks. To become VaKu patrons, sign up on Memboro.com/vaku. Come, join VaKu in our mission to create a community of 10,000 diaspora. Become VaKu patrons on Memboro.com/vaku.