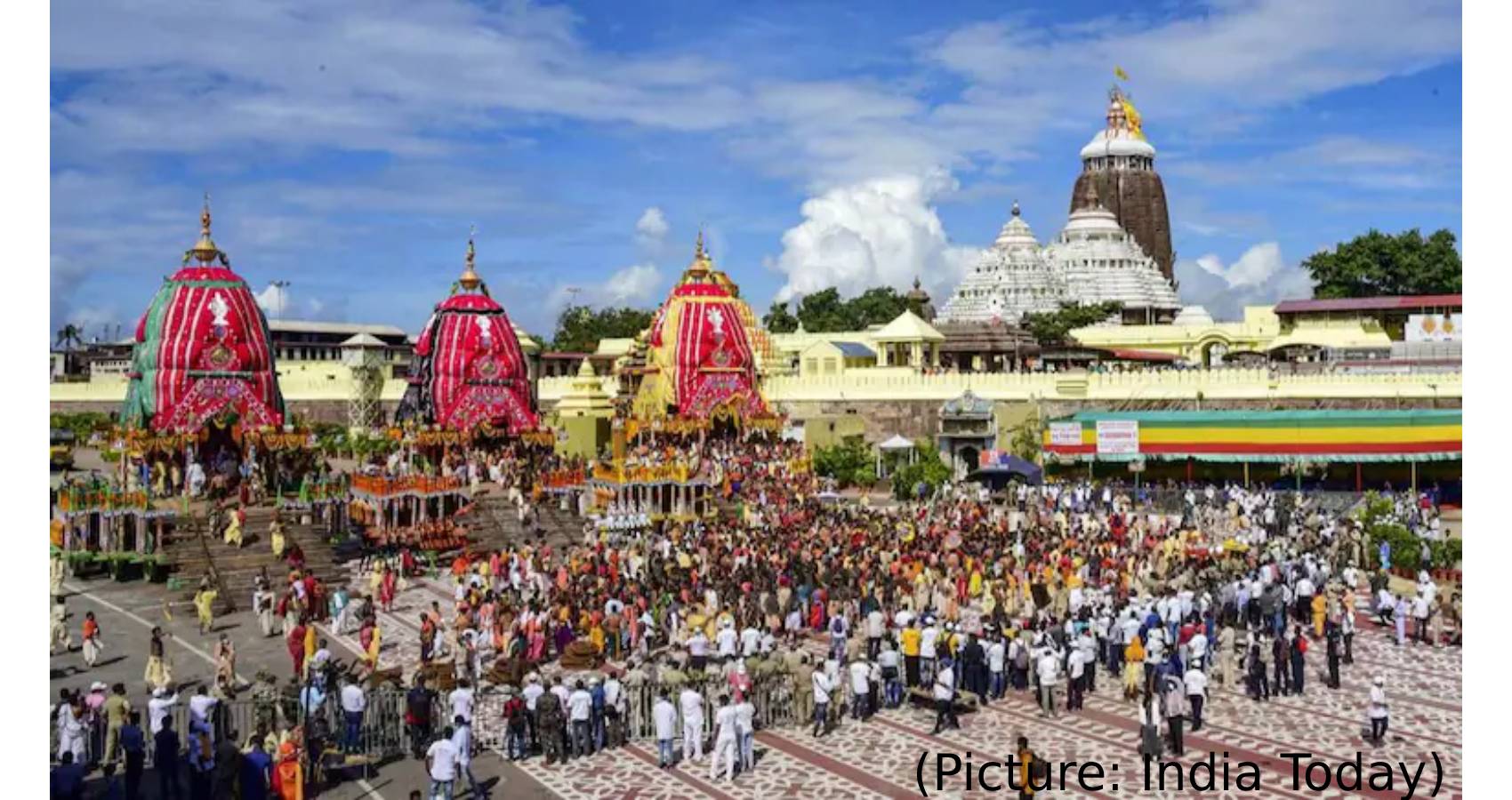 Much like last year, this time around too administration has taken caution to ensure safety measures are in place. It is a 15-day long affair that is attended by millions of devotees who throng the temple town of Puri, Odisha to seek the blessings of the Lord. However, due to the second wave of deadly novel coronavirus pandemic, the temple is not open for devotees.  JagannathPuriRathYatra, world’s most revered Chariot festival, dedicated to Lord Jagannath is being held this week amid COVID-19 restrictions, without any devotees being present in person to worship and honor Lord Jagannath.

JagannathRathYatra, the Hindu festival dedicated to Lord Jagannath has been celebrated for centuries in Puri, Odisha. It falls during Shukla Paksha of Ashada month (June-July) every year. Said to be the oldest chariot festival of the world, the yatra began on July 12th amid the coronavirus pandemic. This year, the yatra is being held exclusively around Puri in a small radius, as per Supreme Court’s ruling. Every year the festival is being celebrated with Temple chariot procession where millions of people come together to pull the temple chariots with the belief that the act earns them a passage to heaven. This spectacular event takes place at the Jagannatha temple in Puri in the eastern Indian state of Odisha, which is considered to be one of the Hindu pilgrimage centers called as Char Dham. 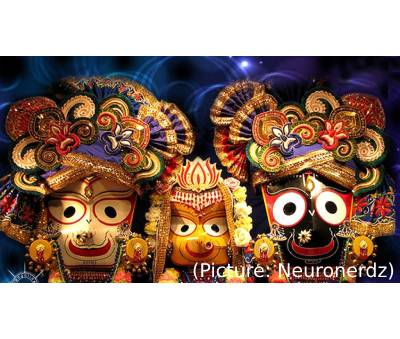 At the JagannathPuri shrine, Shri Jagannathji, Subhadraji, and Balabhadraji are revered and they ride in separate chariots during the RathYatra to their aunt’s residence, the Gundicha temple. After an eight-day visit, they return to Puri temple. For the unversed, the distance between Jagannath temple and Gundicha temple is around three kilometres. The idols of Lord Jagannath depict the Lord embodying features of a large, square-shaped head, big eyes, and unfinished limbs. Considered as a unique type and are not made out of any metal or stone, the idols are made of Neem wood this special material is used to carve the idols beautifully.

The Jagannath Temple holds huge religious importance and is among the four most important pilgrimages of Hinduism. In the 12th century, King Chodagan Dev erected the current temple in Kalinga style. There are several legends related to the origin of how the lord came to reside at the Puri temple in Bhubaneswar. One of the popular stories which is associated with it reveals why the hands and limbs of the lord’s idols are unfinished. It is believed that once there was a King named Indradyumna, who wanted to build a temple of god Vishnu but wasn’t certain about the shape of the idol that would represent the Lord. He was then asked by Lord Brahma to meditate and pray to Lord Vishnu himself as to what form would he like to embody.

After deep meditation, God appeared in his dream and spoke about a particular floating wood log near Bankamuhana in Puri and his image would be made out of that log. After this dream, Indradyumna rushed to the spot and found the wooden log. However, to his surprise, he couldn’t get his artists to make the idols out of it – no matter what. The tools of the artisans broke every time when they tried to cut the log. This was the point when Ananta Maharana (carpenter Bishwakarma/Vishwakarma) appeared and offered to help.

However, Bishwakarma had one condition.  He said that he shouldn’t be disturbed while carving out the idol until it is finished. So, for two weeks, he employed himself in the divine task in locked podium without anyone’s interruption. But after two weeks, suddenly the sound of work stopped coming from inside the podium to which the wife of Indradyumna – Gundicha said that they must go in and check if he is fine. Although the King didn’t want it, he had no option but to enter inside. However, to their surprise, when they got in, they found no carpenter and only unfinished idols. He immediately repented his act. But a divine voice – probably of Lord Vishnu himself, told the King that he shouldn’t regret and install the unfinished idols as it is and Lord shall make himself visible to the devotees in this form.

Ever since, the idols of Lord Jagannath, his brother Balabhadra and sister Subhadra are worshipped in unfinished form. In the month of Asadha (June or July), the idols are brought out onto the BadaDanda and travel all the way to the Shri Gundicha Temple in huge chariots. Devotees in lakhs throng the streets to get a glimpse of the lord and seek their blessings. The temple town of Puri is adorned beautifully during this festive time as thousands of devotees turn out to visit the divine abode of the lord and seek the blessings of god Jagannath, Balabhadra and Devi Subhadra. The event is considered to be a living example of unity in diversity, where people from all parts of the society come together, through devotion to their faith, celebrating art forms that proclaims the socio-cultural-religious ethos of the Indian civilization.