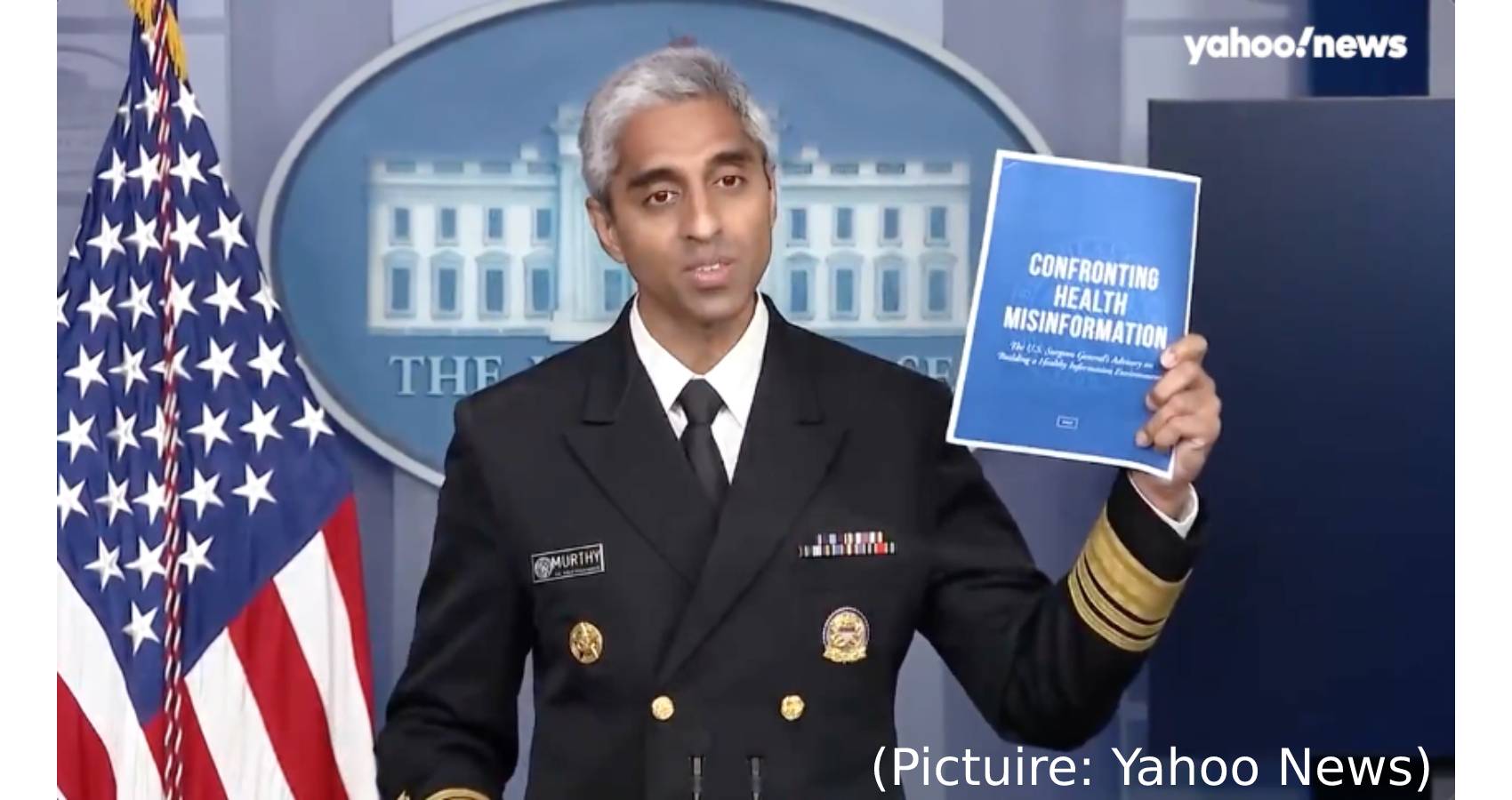 Surgeon General Vivek Murthy revealed during the White House news briefing on July 5th that he’s lost 10 family members to the coronavirus. Murthy, who joined the briefing in an effort to urge Americans to get their shots amid lagging vaccination rates, was candid about his own experience during the pandemic. His family members who died were in both the U.S. and India. He said it was “painful” to know that “nearly every death we are seeing now” from Covid-19 in the U.S. could have been prevented with vaccines.

Murthy said misinformation has been a significant contributor to vaccine hesitancy. He said roughly two-thirds of people who haven’t gotten the vaccination believe, to some degree, common myths about the shots. Some of this misinformation has been amplified by social media, he said. He warned against health misinformation saying that falsehoods spreading quickly online have subjected large numbers of Americans to avoidable illness and death. Murthy called on social media companies to step up their efforts on the issue, arguing that technology firms “have enabled misinformation to poison our information environment with little accountability to their users.”

“They’ve allowed people who intentionally spread misinformation – what we call disinformation – to have extraordinary reach,” Murthy said of tech companies. “They’ve designed product features such as ‘like’ buttons that reward us for sharing emotionally-charged content, not accurate content. And their algorithms tend to give us more of what we click on, pulling us deeper and deeper into a well of misinformation.” The surgeon general’s advisory Murthy issued comes amid a rise in coronavirus cases, as some Americans resist getting inoculated against the coronavirus despite the widespread availability of vaccinations in the United States.

The advisory is the most high-profile action the Biden administration has taken to date to stem the tide of falsehoods spreading on social media. It’s a major reversal from the Trump administration, when the former president’s own baseless claims about the virus often tested the social networks’ covid-19 misinformation policies. Murthy’s advisory calls for the tech platforms to make investments to address disinformation, including building in more suggestions and warnings to make it harder for people to spread false information about vaccines or the virus. He also recommends that the companies make greater investments in content moderation, especially in languages other than English.

Murthy also called on the platforms to prioritize the detection of “super spreaders” and repeat policy offenders. The advisory Murthy issued on Thursday has a broad list of recommendations. It advises Americans to check whether a source is trustworthy before forwarding information. It also recommends that health and educational institutions work to improve information literacy and calls on media organizations not to give a platform to newsmakers who spread misinformation.