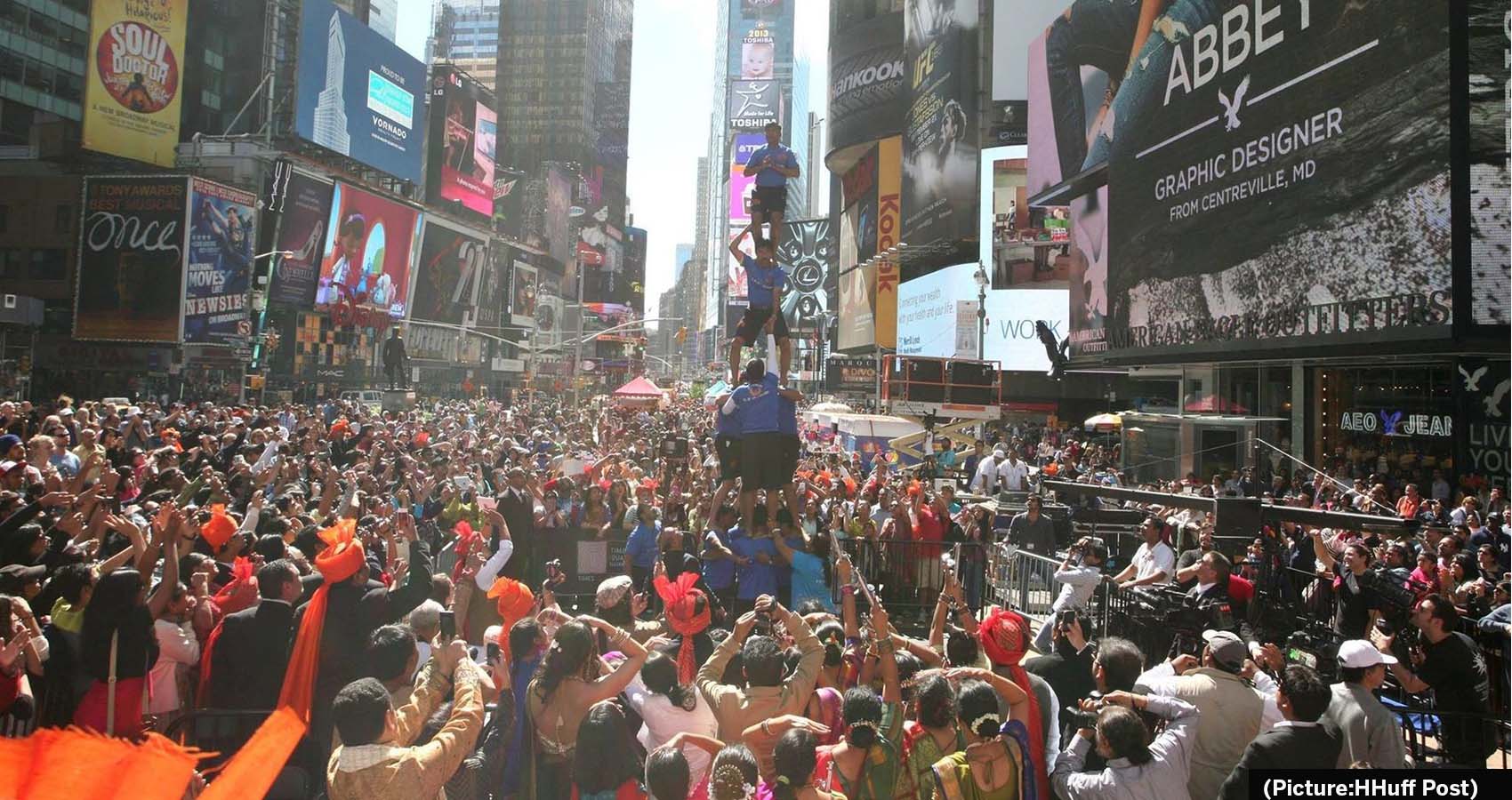 New Yorkers got to experience Diwali at the Crossroads of the World, Times Square on Saturday, October 30th, 2021. Even Covid-19 couldn’t put a damper on one of the biggest celebrations in New York City’s iconic Times Square where Diwali was celebrated with pomp and festivity.

Music and dance with colorful and traditional Indian attire  marked Diwali at Times Square which had a special meaning this year coming as it did after the devastating Covid-19 pandemic that has impacted every aspect of our lives. 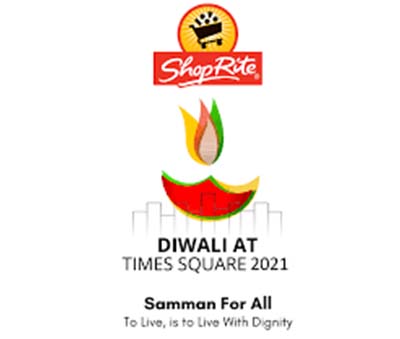 Dr. Parikh thanked Shoprite and for the ‘great function’ of Diwali that it was supporting, and praised the company for the work it did for the community, and encouraged it to continue the good work. “It is an honor to be here at this historic occasion, when the ball will drop for Diwali jus as it does for New Year, which shows how wonderful and important the Indian-American community is here in New ork and all over America,” said  Sen. Schumer.

Sen. Schumer said he believed in immigration and “immigrants make America great” because they believe in the American Dream and embody American values even as they bring their traditions to this country. He bemoaned a rise in hate crimes and emphasized, “We must shout it down. We must fight it. We must prosecute it, and we must welcome more Indians to come to America and New York, because the more Indians there are in New York, the greater New York will be.”

Consul General Jaiswal wished everyone a Happy Diwali for their loved ones and peace and prosperity for all. “More importantly, it is a time when we must introspect on some of the foundational values of our society – on kindness, compassion, sharing, being unified, being together…”

Congresswoman Maloney wished everyone present and dwelt on the need to recognize Mahatma Gandhi with a Congressional Gold Medal, something for which she has introduced a resolution in the House of Representatives. “Look at this amazing crowd!” exclaimed State Sen. Liu. “We are finally getting out of this long dark tunnel of Covid-19.” 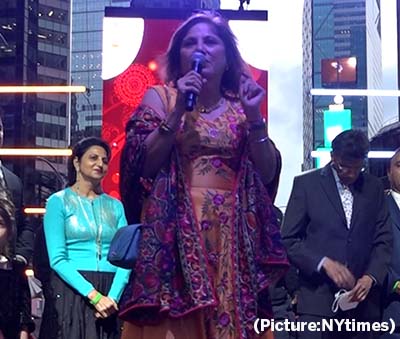 This year in contrast to last year, Liu said, the number of Diwali celebrations has risen, “in our schools, in our mandirs, and City Hall,” he said, a tradition he started when he was a New York City Councilor. “There’s no better place to celebrate Diwali than at the ‘Crossroads of the World’, right here in Times Square, New York City. Because this is such an important holiday for billions of people around the world symbolizing the victory of good over evil, light over darkness …”

A unique digital presentation with a massive lighted billboard changing images symbolic of the Festival of Lights, in an attempt to capture the pomp and festivity of this joyous celebration, captured the hearts and minds of thousands who watched and joined in the celebrationbs from around the world. The event was organized by EventGuru Inc., an event management company in the Tristate area.

Diwali at Times Square has been increasing its audience since its inception in 2013. This New York City Diwali celebration usually draws a big crowd and features a diya (lamp) lighting ceremony accompanied by a New Year’s Eve style countdown featured on the tallest Times Square digital screen, followed by a host of rousing concerts.

Presented by Shoprite and organized by Bhasin, the Times Square Diwali was started by event organizer Neeta Bhasin, president of ASB Communications, a New York-based multicultural marketing and event management company. “After the pandemic, we are here to uplift the spirit of the people. And we want to showcase this vibrant India, and India’s culture, art and diversity to the world,” Bhasin said.