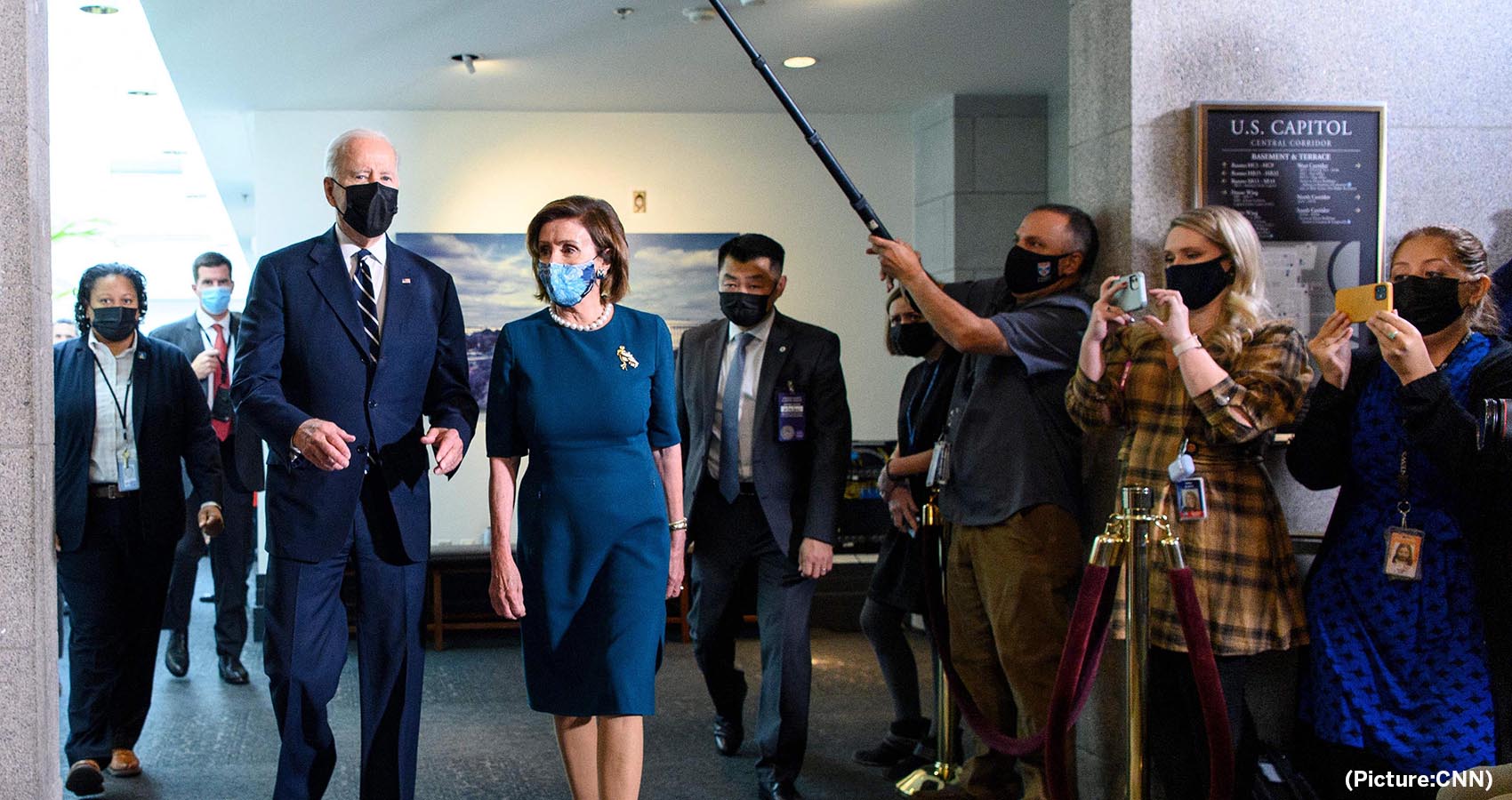 After months of tense talks, delayed votes and internal clashes, Democratic leaders are on the cusp of solidifying a deal on President Biden’s sweeping domestic agenda, setting the stage for the House to vote on both a bipartisan infrastructure bill and a larger social benefits package in the coming days, media reports stated. 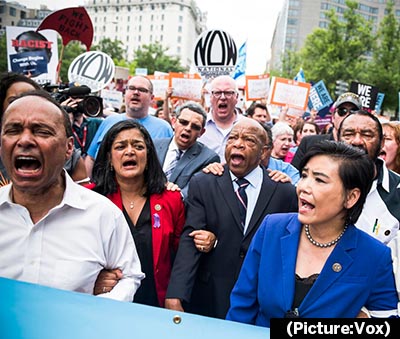 Party leaders have announced a hard-fought agreement on a proposal to rein in prescription drug costs — which stood among the last stubborn divisions between liberals and party moderates — and lawmakers said they were also nearing a deal on a new tax cut for those living in high-income regions of the country, which was demanded by centrists.

Speaker Nancy Pelosi (D-Calif.) said the final language of the social spending package could be released as early as October 2nd night — “That’s the hope,” she said — and across the Capitol, Senate Majority Leader Charles Schumer (D-N.Y.) said the upper chamber is aiming to consider the legislation on the week of Nov. 15.  “We’re coming to our conclusions,” Pelosi said.

Congressional Democrats unveiled updated text of the Build Back Better Act (H.R. 5376) on Oct. 28. The $1.75 trillion social spending package is a scaled-back version of the budget reconciliation legislation originally advanced by several House committees of jurisdiction in September.

“We have a bill,” Progressive Caucus Chair Pramila Jayapal (D-Wash.) declared Tuesday. “We did not have that last week” when Biden came to Capitol Hill. “We had a wish and a prayer and a promise and a framework … And now we’re going to have a vote on both bills.” “The day-by-day stuff — it all fades away,” said Rep. Matt Cartwright (D-Pa.). “I’m feeling really good about it.”

Speaking with CNN’s Victor Blackwell on “CNN Newsroom,” Jayapal said that after spending the weekend reviewing the legislative text and conferring with the progressive caucus, she is ready to pass the $1 trillion bipartisan infrastructure bill as well as the $1.75 trillion social safety net expansion bill once a few details in the latter are finalized. Progressives, who have so far held up the bipartisan measure by demanding a concurrent vote on the larger package, trust that Biden can get all Democratic senators on board with the social safety net legislation, she said.

“The President said he thinks he can get 51 votes for this bill. We are going to trust him. We are going to do our work in the House and let the Senate do its work,” the Washington state Democrat said. “But we’re tired of, you know, just continuing to wait for one or two people.”

Republicans have lashed out throughout the process, attacking Biden’s social benefits package as a dangerous case of government overreach while characterizing the majority Democrats as ineffective legislators. Not a single GOP lawmaker in either chamber is expected to support the $1.75 trillion legislation.

Democrats dismissed those criticisms outright, saying the messy infighting is part of the routine “sausage-making” that goes into crafting any major legislation. Those tensions will be long forgotten, Democrats maintain, when the president’s agenda is enacted and the numerous family benefits begin to reach workers and families across the country.

Even as Democrats were celebrating, however, there were reminders that more work needs to be done to get the two bills to Biden’s desk. Sen. Joe Manchin (D) — the centrist West Virginian who’s led the effort to scale back Biden’s social safety net expansion — declared Tuesday that he hasn’t endorsed a framework Biden unveiled last week, let alone a final bill.  “There [were] a couple of concerns that we had that we needed to work through,” Manchin said.

Still, Biden predicted late Tuesday that Manchin will ultimately get on board.  “He will vote for this if we have in this proposal what he has anticipated,” Biden told reporters in Scotland, where the president has been participating in a global climate summit — a gathering  that’s only increased the stakes for securing the climate provisions in his social spending package. “We’re going trust the president that he’s going to deliver 51 votes. He’s confident he can deliver 51 votes. We’re going to trust him,” Jayapal said.

The agreement would empower Medicare to negotiate drug prices in limited instances; prevent drug companies from raising prices faster than inflation; and cap out-of-pocket costs for seniors on Medicare at $2,000 per year.

“It’s not everything we all wanted; many of us would have wanted to go much further. But it’s a big step in helping the American people deal with the price of drugs,” Sen. Schumer told reporters as he announced the deal.