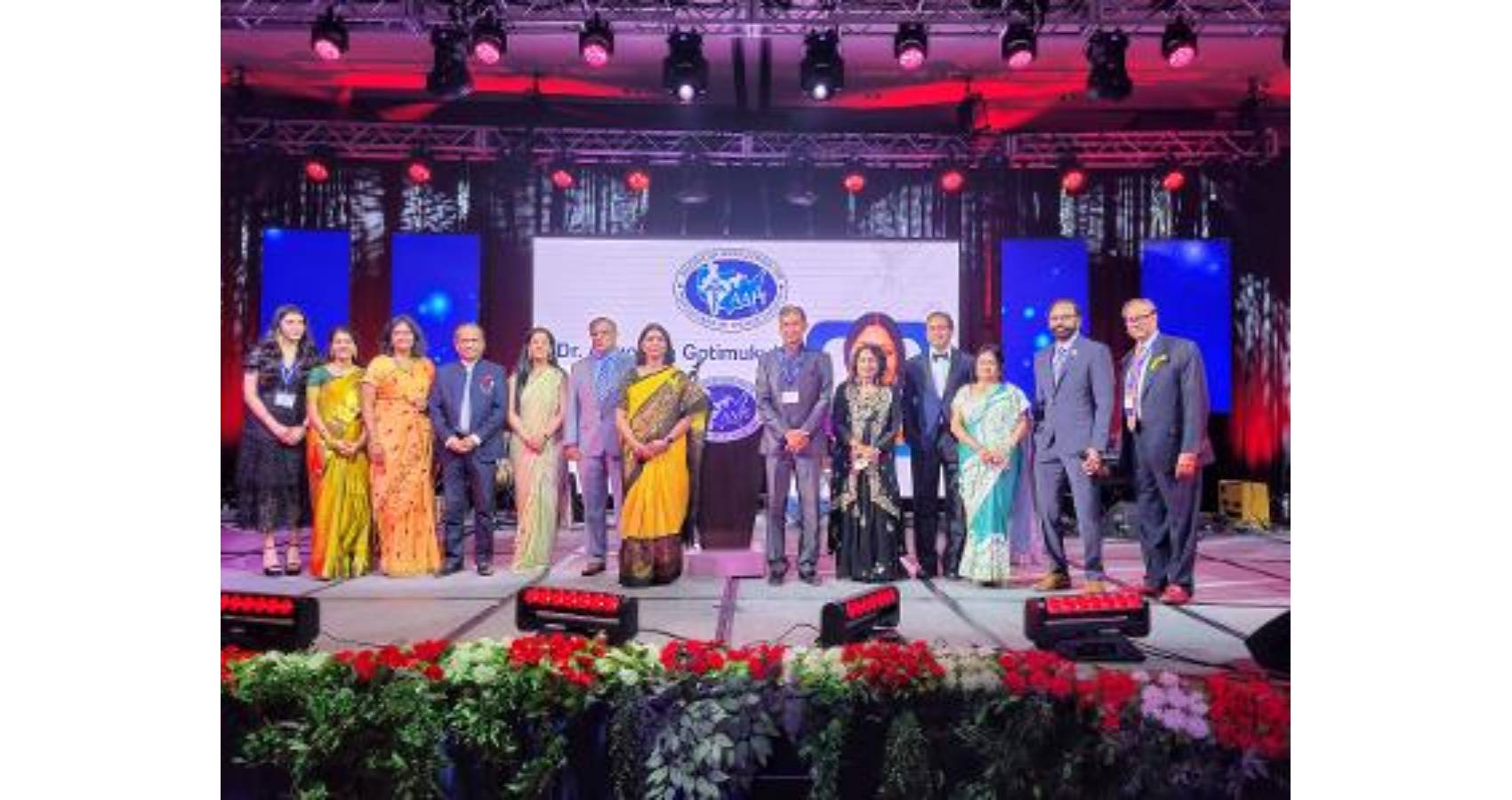 “WhileIndian American physicians play a critical role, serving millions of patients in the United States, leading the policies and programs that impact the lives of millions today, it has been a long and arduous journey of struggles and hard work to be on the top of the pyramid,” writes Ajay Ghosh, Editor of the www.theunn.com and the Media Coordinator of American Association of Physicians of Indian Origin (AAPI) in a new book, released in New Delhi last month and is due for release in the United States next month. 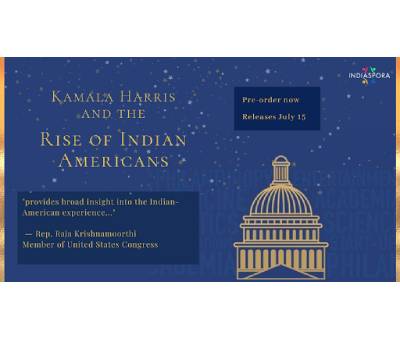 Edited by the Delhi-based veteran journalist and foreign policy analystTarunBasu, the evocative collection titled, “Kamala Harris and the Rise of Indian Americans,” captures the rise of the Indians in the US across domains by exceptional achievers like Shashi Tharoor, a former UN public servant-turned Indian politician, and top diplomats like TP Sreenivasan and Arun K Singh. Sixteen eminent journalists, business leaders and scholars have contributed essays to the timely and priceless volume, which charts the community’s growing and influential political engagement. The book was released July 15 by New Delhi-based publisher Wisdom Tree and is available in the U.S. via Amazon. Basu describes the book as an “eclectic amalgam of perspectives on the emerging Indian-American story.”

This evocative collection—of the kind perhaps not attempted before—captures the rise of Indian-Americans across domains, by exceptional achievers themselves, like Shashi Tharoor, the ones who have been and continue to be a part of the “rise,” like MR Rangaswami and Deepak Raj, top Indian diplomats like TP Sreenivasan and Arun K Singh, scholars like Pradeep K Khosla and Maina Chawla Singh, and others who were part of, associated with, or keenly followed their stories. “With 100,000 Indian American doctors; over 20,000 Indian American hoteliers; with a growing number of Indian American CEOs employing an estimated 3.5 million people worldwide; with one in three tech startups having an Indian American founder, and one is ten tech workers being of Indian origin, only sky is the limit for the enterprising community,” writes Basu, who is now the president of New Delhi-based think tank Society for Policy Studies, said.

A collector’s item, this eye-opening saga of a diaspora, which is possibly amongst the most successful and enterprising globally, would not only prove to be highly readable and insightful for a wide readership, but also immensely substantive for scholars and people in governance. As a long-time analyst of India’s foreign policy, Basu has tracked international relations across multiple Indian governments, having traveled widely with eight Indian prime ministers. 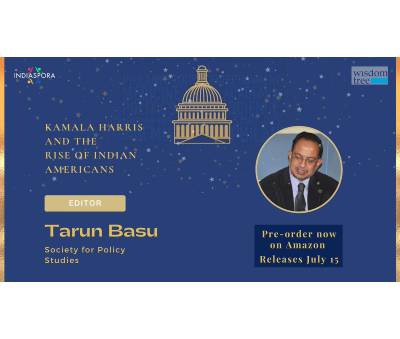 Basu has maintained a keen interest in the accomplishments of Indians abroad and has kept close touch with the community. The purpose of this anthology of essays edited by him is to bring to the global eye the unfolding saga of four million Indians in the United States. Indian Americans currently are just 1% of the US population but are expected to rise to 2% by 2030. Portraying the rise of the Indian American physicians as a strong and influential force in the United States, Ajay Ghosh chronicling their long journey to the United States and their success story, in a Chapter titled, “Physicians of Indian Heritage: America’s Healers” takes the readers to the times of Dr. AnandibaiJoshi, the first documented physician of Indian origin who had landed on the shores of the United States in 1883.

The arrival of Dr. YellapragadaSubbarow in the early 20th century, who has been credited with some of the biggest contributions in more than one basic field of science—biochemistry, pharmacology, microbiology, oncology, and nutritional science, portrays the discrimination and injusticesinflicted by the mainstream Medical professionals in the US. The story of the present day “Covid Warriors” who work as frontline healthcare workers treating millions of patients across the nation during the current Covid pandemic, and the thousands of others who lead the cutting-edge research and pioneer modern medical technology to save the lives of critically ill patients around the world, shows to the world, how through hard work, dedication and vision, they have earned a name for themselves as “healers of the world.”

Through the lens of AAPI and its remarkable growth in the past 40 years, Ajay Ghosh, a veteran journalist in the US, who has seen and experienced how the Indian-American physicians have gone beyond their call of duty to meet the diverse needs of the larger American community, by dedicating their time, resources and skills during national disasters and family crises, says, “The importance and high esteem with which physicians of Indian heritage are held by their patients is self-evident, as they occupy critical positions in the healthcare, research and administrative policy positions across America.” Their contributions to the US, to India and to the entire world is priceless, he writes, as “they have made their mark in institutions from Harvard Medical School to Memorial Sloane Kettering Cancer Center to the Mayo Medical Center.”

The Indian American community is the most educated with the highest median income in the US and has excelled in almost every area it has touched―from politics to administration, entrepreneurship to technology, medicine to hospitality, science to academia, business to entertainment, philanthropy to social activism. The election of Vice President Kamala Harris has put the global spotlight like never before on the small but high-achieving Indian-American diaspora.

Highlighting the achievements of Indians in America, Basu, who is the founder-editor of news agency IANS, saidthat the community’s success serves as a ‘model’ for other nations. “A community that has made its mark with its culture of hard work, risk-taking, inclusive attitude, and passion for excellence can only be rising to greater prominence, making them a global diasporic “model community” for other nations whose governments are studying the success stories of the Indian American community with great interest.

“Indian Americans are most talked about because they live in the world’s most powerful and richest nation, a shining exemplar of meritocracy, and yet Indians have excelled in almost every area they touched – public affairs to administration, entrepreneurship to technology, medicine to hospitality, science to academia, business to entertainment, philanthropy to social activism,” Basu explained, highlighting the achievements of Surgeon-General DrVivek Murthy, Virgin Galactic’s SirishaBandla, and Samir Banerjee, who lifted the Wimbledon boys’ singles title recently. 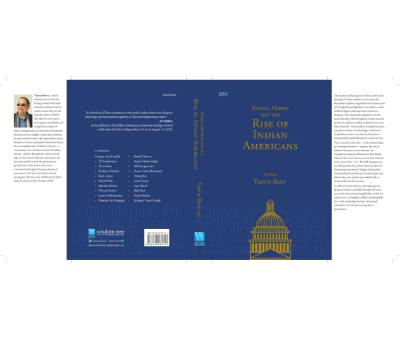 “The nomination — and subsequent election — of the U.S.-born Indian origin Kamala Harris put the media spotlight on the small, but respected and high-achieving Indian American community,” writes Basu in his preface. “It is a fascinating and inspiring story of how an immigrant population from a developing country, with low education levels, became the most educated, highest-earning ethnic community in the world’s most advanced nation in almost a single generation,” he said, noting that Indian Americans have made their mark in almost every field, from the traditional trifecta of science, engineering and medicine, to the arts, academia, philanthropy, and, increasingly, politics.

Veteran journalist Aziz Haniffa wrote a preface, noting that Harris had initially bypassed the radar of the Indian American community at the start of her political career. Shashi Tharoor wrote, noting Harris’s multiple identities. “For the thousands of little Black girls who made ‘My VP Looks Like Me’ T-shirts go viral over the next few days, Harris represented an expansion of their horizons.” “Over the past decade, I watched as, one by one, the world’s most powerful technology titans announced an Indian would be their new CEO,” wrote Rangaswami, a venture capitalist and founder of the Sand Hill Group.