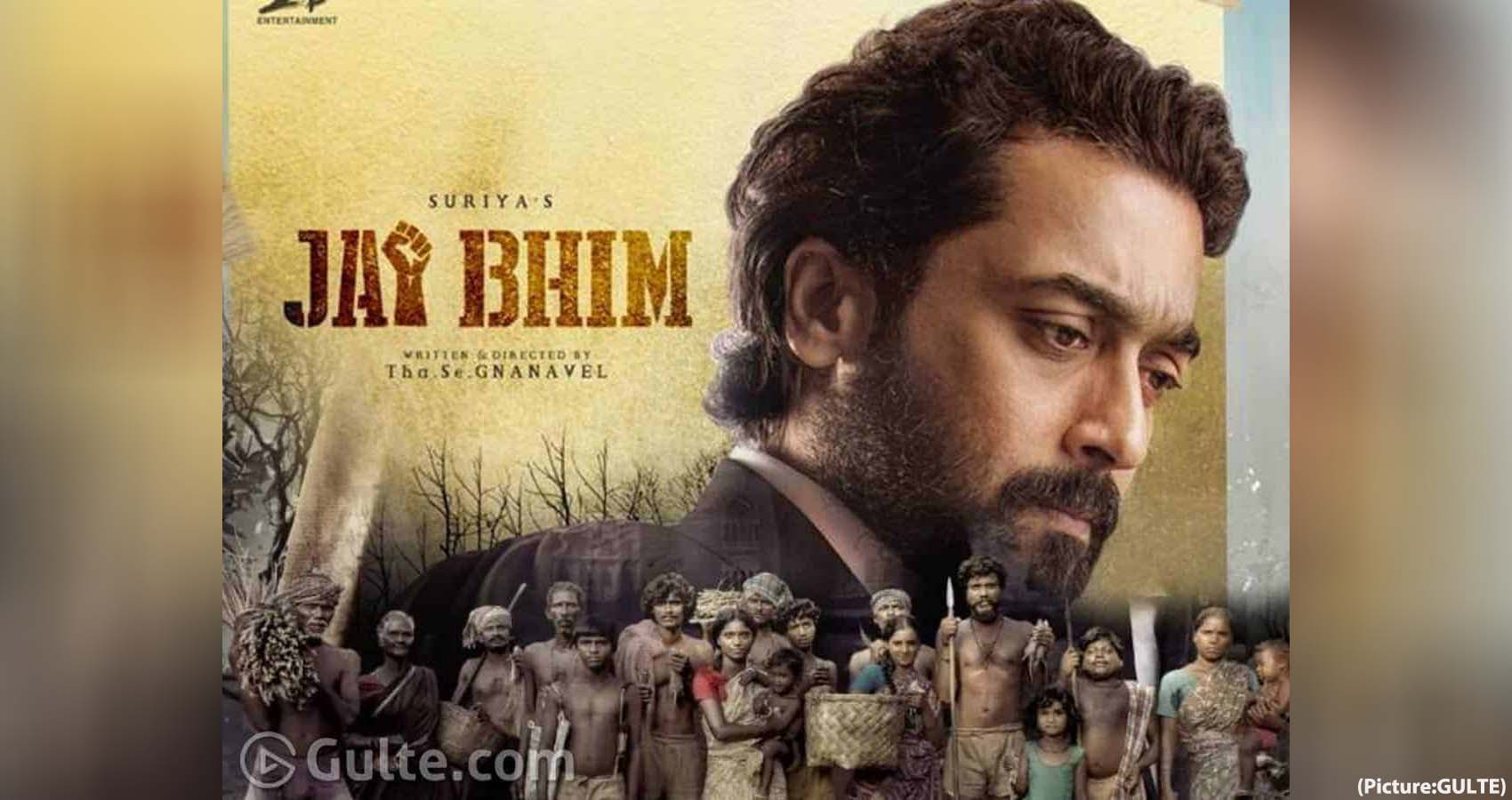 Critics have heaped praise on Tamil-language courtroom drama Jai Bhim that now outranks Shawshank Redemption as the highest-rated film on IMDb. Jai Bhim, a Tamil language film, has been rated the top film by users on IMDb, beating classics such as The Shawshank Redemption and The Godfather. It’s the latest in a line of hard-hitting Indian movies telling stories of repression against Dalits who are at the bottom of a rigid Hindu caste hierarchy, writes film journalist Aseem Chhabra.

Since its release, the film has garnered critical and commercial acclaim, and earned a 9.6 IMDb score – even higher than Frank Darrabont’s cult classic Shawshank Redemption that scored a 9.3 on the website.  Firstpost’s critic Ashameera Aiyappan wrote that Jai Bhim “beautifully shoulders the responsibility of being a decisively realistic, social, issue-based drama without being preachy” in her four-star review. 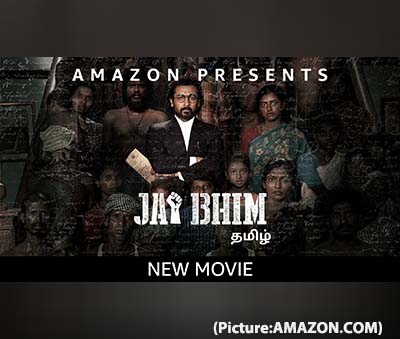 Jai Bhim is part of a new movement in Tamil cinema where a number of young filmmakers are narrating stories of repression against Dalits, BBC wrote in a review.  “In the last 30 years, beginning with the observance of Ambedkar’s centenary in 1991, the Dalit movement has been growing in Tamil Nadu,” said film historian S Theodore Baskaran.

“Forgotten Dalit ideologues of the 20th Century were redeemed from history. The ideas of [social activist and politician] Periyar and Ambedkar spread through the writings of many Dalit writers. In the last decade, some of the writers moved to cinema and made films. But they used the usual ingredients like songs, fights and melodrama,” Baskaran added.

Released on November 2nd, Jai Bhim follows the trials of a pregnant woman from an oppressed tribe as she seeks justice for her husband who was arrested, brutally tortured, and murdered after being implicated in a false case.  The film is set in the southern Indian state of Tamil Nadu and based on a true incident that occurred in 1993.

At the beginning of Jai Bhim, police officers are shown separating a group of suspects based on their caste. Those who are from the dominant castes are asked to leave, while others who are Dalits (formerly untouchables) or belong to tribal communities are asked to stay back. Later, police file false charges against those in the second group. 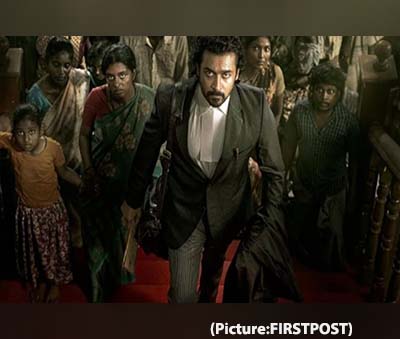 A man named Rajakannu from the Irular tribe was falsely framed in a theft case. The horrific death of Rajakannu due to the custodial torture was a challenging and landmark legal battle for K Chandru when the victim’s wife Sengani (real name Parvathi) came to the lawyer for help.

On several occasions, Chandru admitted that the police involved in the case had tried to bribe him as well as the victim’s wife for an out of court settlement.  Choosing to take up a legal career was an accident for Chandru to be active in student politics. A leader during the Left Movement, Chandru wanted to be in community service and help people.  It was during the emergency years in the ’70s, he felt that the law should be a tool to win the rights of people. In his long stint as a judge, Chandru has disposed of 96,000 cases, a feat that he achieved only because of meticulous planning, organisation and classification of cases.

It’s a stark, disturbing scene, with frightened men standing in the corner, somewhat aware of their fate – a reminder that such activities occur routinely, and how precarious are the lives of the marginalised, especially Dalits, in small towns and rural India.

Dalits make up about 20% of India’s population, and despite laws to protect them they continue to face discrimination and violence. Jai Bhim’s title translates to “Long Live Bhim”, a slogan made popular by the followers of BR Ambedkar, a Dalit scholar and leader, who was the chief architect of India’s constitution and also the country’s first law minister.

Directed by TJ Gnanavel, and backed by Tamil star Suriya, the film tells the true story of a crusading lawyer – played by Suriya – who fought for a petition filed by a pregnant woman whose husband was placed in police custody and later declared missing.

Now, Dalit narratives have also found space in independent or indie films in other Indian languages, including Anhey Gorhey Da Daan (Punjabi), exploring the lives of Dalit Sikhs; Masaan (Hindi), a romance between a young man from a family of crematorium workers and an upper caste girl; and Fandry and Sairat (both in Marathi). The last two films were directed by Nagraj Manjule, a Dalit himself.

The directors include veteran filmmaker Vetrimaaran, who made Visaaranai, a 2015 film about the plight of Tamil migrants in neighboring Andhra Pradesh, and Asuran, a plot inspired by a massacre of Dalits. Mari Selvaraj and Pa Ranjith, both in their late thirties, are two key directors who have created narratives where the Dalit man is the central character.

“The representation of Dalit characters was painful,” Dalit filmmaker Ranjith, often referred to as the Spike Lee of the Tamil film industry, told The Wire in a 2020 interview, referring to earlier Tamil films. “Either they were written out, or just their inclusion in the story was considered ‘revolutionary. In this context, I had to reflect on what my stories could say,” he added. “I wanted to show that my culture itself is based on discrimination and violence…Today, directors are more conscious when they write Dalit characters.”

As ‘Jai Bhim’ celebrates the success of its release following unanimous positive reviews from both critics and audiences through word of mouth, the focus now shifts to how filmmaker TJ Gnanavel came up with a movie of this scale and what prompted him to make a movie rather than showcase it as a documentary of former advocate and Madras High Court Judge K Chandru who fought for the downtrodden bringing about a change at the administrative and judicial level. The film is inspired by the true incident that happened way back in 1993.

When Chandru first watched the film ‘Jai Bhim’, he said the scenes portraying actor Suriya as the advocate kept reminding what he was 30 years ago.  With a few sequences that have cinematic liberties, the former Judge says ‘Jai Bhim’ has been truthful to the story without exaggerating custodial violence and government’s apathy towards human rights violation.