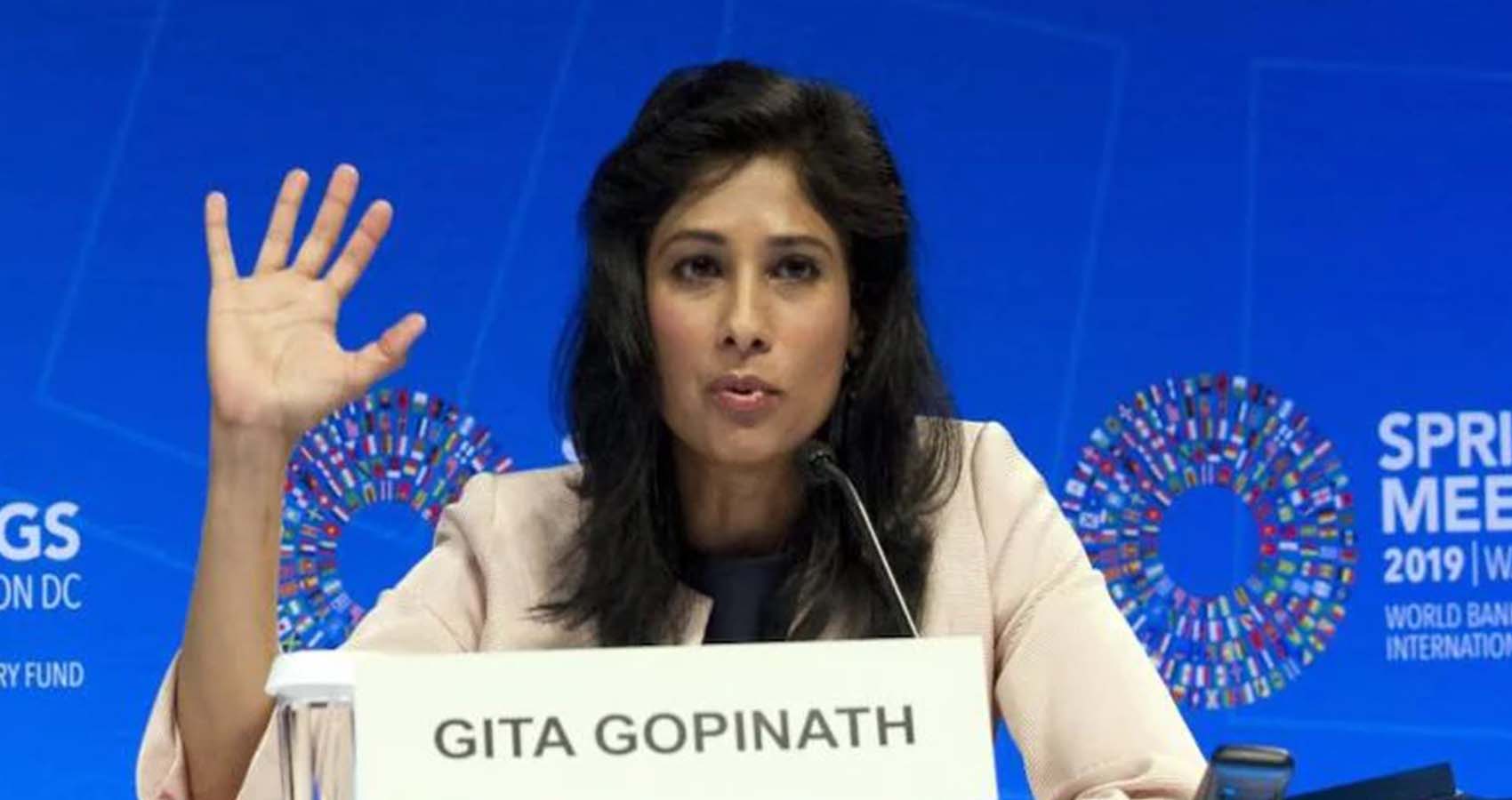 Indian-American Gita Gopinath, the chief economist of International Monetary Fund, is being promoted as IMF’s First Deputy Managing Director, the fund announced last week. She would replace Geoffrey Okamoto who plans to leave the Fund early next year. Ms. Gopinath, who was scheduled to return to her academic position at Harvard University in January 2022, has served as the IMF’s chief economist for three years. Gopinath was to return to her position as John Zwaanstra Professor of International Studies and of Economics, Harvard University in January 2022.

“Both Geoffrey and Gita are tremendous colleagues — I am sad to see Geoffrey go but, at the same time, I am delighted that Gita has decided to stay and accept the new responsibility of being our FDMD,” said Kristalina Georgieva, IMF’s Managing Director.

Ms. Georgieva said Ms. Gopinath’s contribution to the Fund’s work has already been exceptional, especially her “intellectual leadership in helping the global economy and the Fund to navigate the twists and turns of the worst economic crisis of our lives.”

She also said Ms. Gopinath — the first female chief economist in IMF history — has garnered respect and admiration across member countries and the institution with a proven track record in leading analytically rigorous work on a broad range of issues.

The IMF has had 10 occupants of the FDMD chair since the position was created in 1949. Each – only one of them a woman – has been a citizen of the US. Gopinath too is a US citizen.

Noteworthy that Gopinath wasn’t always the topper type she became as an economics undergraduate in Delhi’s Lady Shriram College. Till her Class 7, she was at around 45 per cent and then toyed with the idea of professional sports. Also, she briefly showed up for modelling.

In an interview to an Indian weekly some years back, her mother, V.C. Vijayalakshmi, had talked of the ascent since Class 7: “The girl who used to score 45 per cent till class seven, started scoring 90 per cent.”

Then a good science intermediate degree at Maharaja PU in Mysore and topping Delhi University in BA. “She created quite a flutter by bagging the gold medal as LSR had beaten St Stephen’s for the first time, and by just two marks.” Like many kids her age in India, Gopinath also entertained ideas of taking the civil services exam and MBA too.

Today, the IMF MD spoke of the struggling Class 7 student thus: “…given that the pandemic has led to an increase in the scale and scope of the macroeconomic challenges facing our member countries, I believe that Gita – universally recognised as one of the world’s leading macroeconomists – has precisely the expertise that we need for the FDMD role at this point. Indeed, her particular skill set – combined with her years of experience at the Fund as Chief Economist – make her uniquely well qualified. She is the right person at the right time.”

Georgieva, a Bulgarian economist, noted Gopinath’s contribution has already been exceptional, especially her “intellectual leadership in helping the global economy and the Fund to navigate the twists and turns of the worst economic crisis of our lives”.

She said Gopinath – also the first female Chief Economist in IMF history – has garnered respect and admiration across our member countries and the institution, with a proven track record in leading analytically rigorous work on a broad range of issues.

Georgieva said that the IMF’s Research Department had gone from “strength to strength”, particularly highlighting its contributions in multilateral surveillance via The World Economic Outlook, a new analytical approach to help countries respond to international capital flows (the integrated policy framework), and work on a Pandemic Plan to end the Covid-19 crisis by setting targets to vaccinate the world at feasible cost.

Born in Kolkata, Gopinath will take the lead on surveillance and related policies, oversee research and flagship publications and help foster standards for Fund publications.

Gopinath has a Ph.D. in economics from Princeton University in 2001 after the B.A. from LSR and M.A. degrees from Delhi School of Economics and University of Washington. She is the younger of two daughters of T.V. Gopinath and Vijayalakshmi. They are both from Kannur, Kerala and settled in Mysuru.