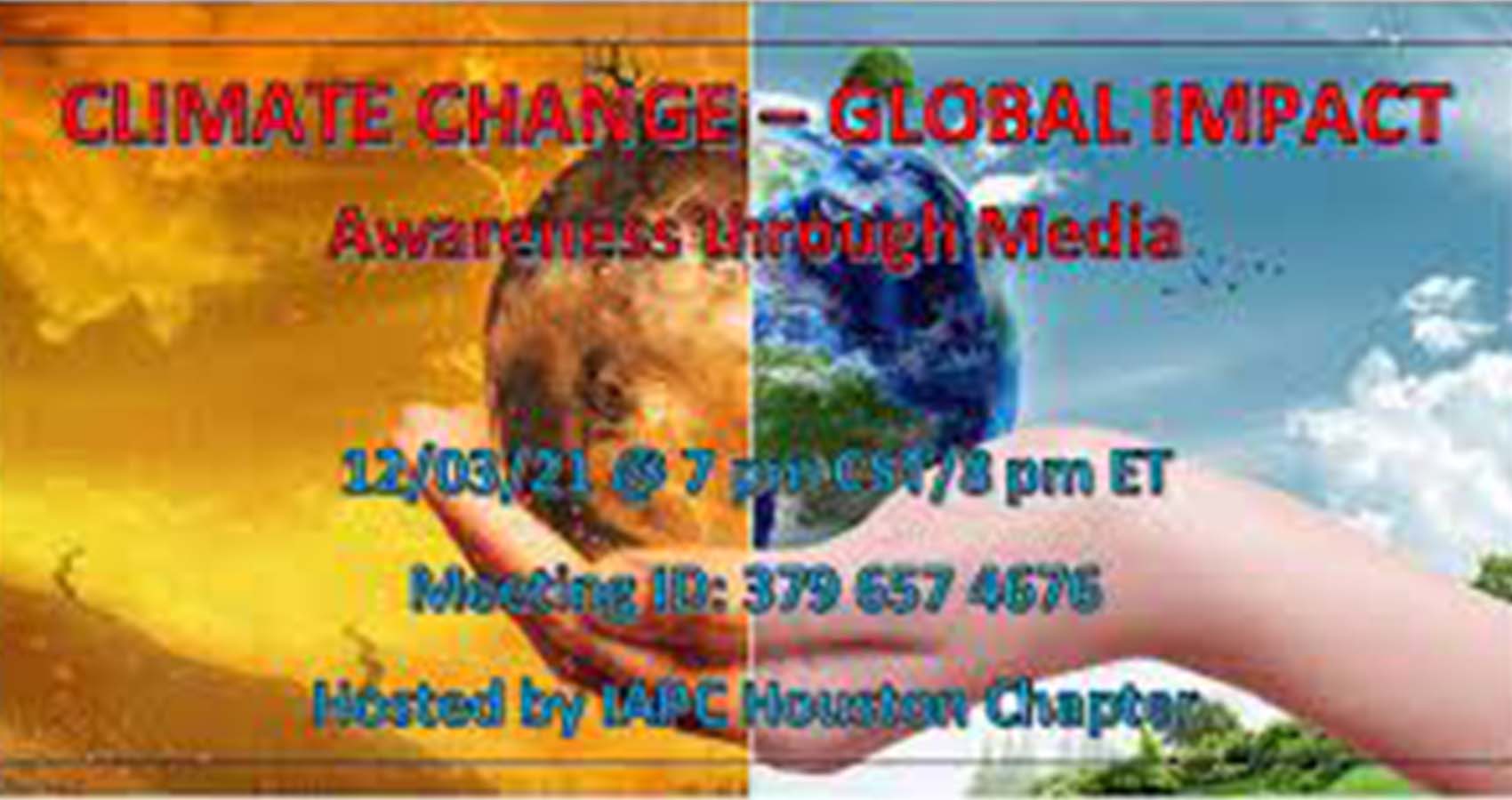 Indo American Press Club Houston Chapter organized a seminar on climate change and the role of the media.  The virtual meeting was held on December 3, 2021, using the Zoom virtual platform.

Dr Mathew Vairamon, Chapter Secretary welcomed the participants. Roy Thomas, Chapter President introduced the topic. The meeting was inaugurated by Dr S. S. Lal, eminent public health and pandemic expert, who is currently the International President of IAPC. He spoke about his experiences in Africa, India, and South East Asia while working as a UN expert. He described the environmental pollution that is causing carbon emissions, greenhouse effect , and global warming. He further described how global warming and the resulting unprecedented hurricanes, floods, and droughts have driven people to poverty and disease.

Dr Mathew Joys, Vice Chairman of IAPC explained the phenomenon of global warming and its social and economic impact. He stressed the need for global political action to contain global warming by reducing the carbon footprint through reduction in use of fossil fuels and in use of renewable energy and in energy conservation in every way. Dr CK  Mittal stressed the need for dissemination of scientific facts on climate change by the online and print media and the need for comprehensive global and countrywide legislation. Joseph Ponnoly indicated the need for environmental protection, reforestation, and the need for ensuring clean air and clean water for the survival of the human race and the planet. He also emphasized the role of the media to create awareness and to provide unbiased reporting.

Varghese Abraham Denver said that we must do something for the next generations since it is an existential crisis and affects the survival of the human race.  Uma Saji from New York indicated how global warming leads to melting of the polar ice and the destruction of the ecosystem and bio diversity.  Sangeeta Dua pointed out that the media has a great role to translate scientific knowledge and convey the information to the public to create awareness of the climate crisis and what needs to be done.

The meeting was attended by IAPC members and several media persons including Kerala Vision, AC George and Biju Chacko. Sangeeta Dua, Treasurer IAPC Houston Chapter proposed a vote of thanks.