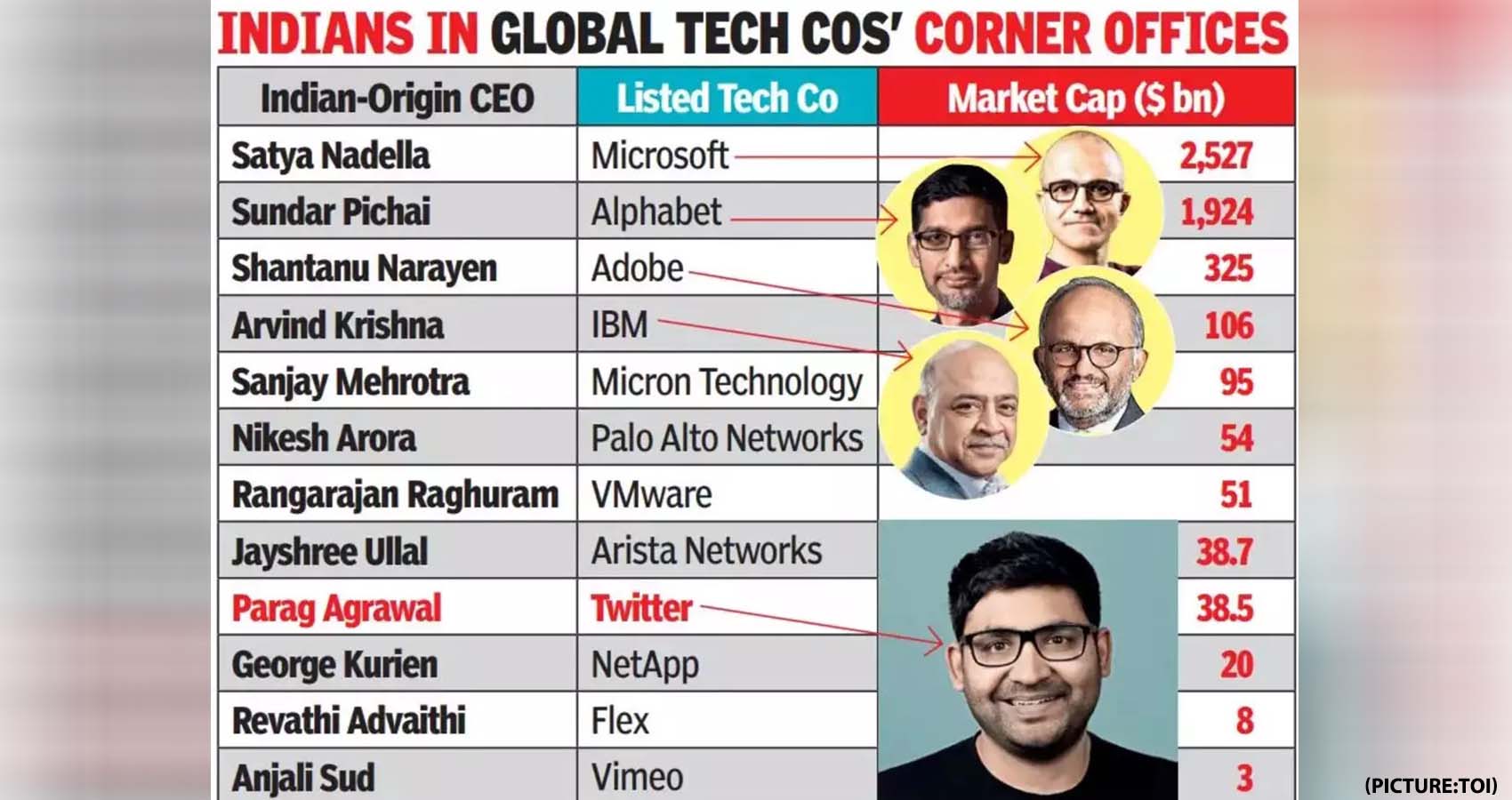 On Day 1 of Parag Agrawal’s new job as CEO of Twitter, congressional Republicans took a tweet he had posted in 2010 out of context to imply that he’s biased against White people. On Day 2, Twitter unveiled a confusingly worded new policy banning the sharing of “private media,” which drew immediate fire from both left and right.

And that was all before Agrawal was formally introduced as the company’s new CEO at an all-hands meeting Tuesday Nov. 30, 2021, following outgoing CEO Jack Dorsey’s surprise resignation tweet on a Monday that was supposed to be a “day of rest” for Twitter’s employees. 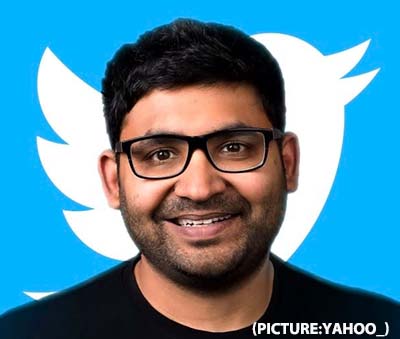 Agrawal, who at 37 becomes the youngest CEO of a Fortune 500 company, was chosen unanimously to succeed Dorsey by Twitter’s board of directors, according to an official statement Monday. At Tuesday’s all-hands meeting, according to employees who attended, Dorsey emphasized Agrawal’s engineering background and the fact that he rose through the ranks over a decade at Twitter in touting him as the ideal choice to lead the influential social media firm.

Yet several current and former employees, who spoke on the condition of anonymity to discuss sensitive matters, said Agrawal was an unexpected choice internally – though not necessarily an unwelcome one – for one of the most fraught leadership roles in Silicon Valley. Having joined Twitter before completing his Ph.D. program at Stanford University in 2011, he spent much of his tenure there with zero direct reports, two of those employees said.

As chief technology officer, he also had limited experience handling the thorny questions of content policy – what people are allowed to post on social media – that make Twitter an influential force in global discourse and a target of criticism and regulation by governments and political actors around the world.

“Agrawal has to sort out how Twitter should respond to a fusillade of bills in Congress seeking to rein in social media companies and a new [Federal Trade Commission] chairwoman who has painted a target on the prominent platforms,” as well as attacks from former president Donald Trump and the right, said Paul Barrett, deputy director of the New York University Stern Center for Business and Human Rights, in an email. If Trump runs again, “pressure to reinstate him will be enormous. Impressive engineering chops won’t resolve that problem.”

Instead, insiders say, his formidable engineering chops, his alignment with Dorsey’s vision of a “decentralized” future for social media, and his relatively uncontroversial reputation within the company helped to make him the choice over other, perhaps more obvious internal candidates in a closely guarded and opaque succession process.

While Dorsey told employees at the all-hands that the company had “defeated” activist shareholders and that the decision to step down was all his, at least one person outside the company who was familiar with the process suggested it was pressure from those shareholders and like-minded board members that ultimately led to his departure. While the timing was up to Dorsey, said the person, who spoke on the condition of anonymity to discuss confidential matters, his exit from the company was “the culmination of a conversation Elliott Management started when it made its investment in Twitter in early 2020.”

Twitter spokeswoman Liz Kelley sent a statement saying that the board had formed an independent committee in 2020 to evaluate Twitter’s leadership and create a CEO succession plan. Twitter also reiterated that the decision was Dorsey’s.

Kelley pushed back on the idea that Agrawal is light on policy or management experience. She said he was central to reviewing a 2020 document that introduced the company’s strategic approach to policy and that he led the process of building machine-learning software that automatically removes content that breaks Twitter’s rules. In a recent management role, she added, Agrawal led the company’s platform engineering team – a large technical team with hundreds of workers.

Now Agrawal becomes the public face of a platform that is frequently criticized by the right for moderating speech too aggressively and by the left for not moderating speech aggressively enough. Its decision to cover up a tweet by Trump last year – before any other tech companies had taken action against him – exemplified the outsize political power of the role that Agrawal steps into. Dorsey testified on Capitol Hill five times, and Agrawal is likely to find himself there soon enough as Congress continues to eye new regulations on social media platforms.

Agrawal will bring a keen intellect, those who know him say, but little to no experience in the political realm. Then again, few other Big Tech CEOs had political experience when they stepped into the top job, either. And the pressure Twitter’s board faced from investors was less about the nuances of its policy decisions and more about developing popular new products that would spur user growth and give it more mainstream appeal.

One key to Agrawal’s selection, insiders say, is that he appeared to be in lockstep with Dorsey on a vision for the future for the company. That future will emphasize decentralization and open-source software. Agrawal was the lead proponent of a Twitter-funded project, called Bluesky – an independent organization that builds software that could be shared by different social media companies.

One of the employees described Agrawal as a “big ideas guy” who was unproven as a manager, doesn’t relish dealing in details and “isn’t the best with people.” Even so, that employee was “overall happy” with the choice, because Agrawal came across as thoughtful and respectful.

“People seem generally happy about Parag, but mostly because he’s the best choice among a bunch of bad options,” said another of the employees.

What other candidates were considered for the role has not been disclosed, and Twitter declined to comment. But one name that came up both in internal and external speculation was that of Kayvon Beykpour, the company’s head of consumer product, who has overseen the launch of several new features in recent years, including the live-audio forum Twitter Spaces.

Three of the employees agreed Beykpour’s aggressive management style would have made him a divisive pick. One said they had been prepared to leave if Beykpour was the choice. And two noted that Beykpour and Agrawal did not always see eye to eye.

The person outside the company who said they were familiar with the decision process confirmed that Agrawal’s solid reputation among the rank and file was a factor.

“He’s a culture carrier, internally, highly respected within the company, and wouldn’t be highly disruptive” as the new CEO, the person said. “If you look at what Twitter needs to take it from where it is today to a $100 billion, $200 billion company, it’s really a product-driven, innovation mind-set: How do we roll out new features and functionality?” The person cited Microsoft CEO Satya Nadella and Adobe CEO Shantanu Narayen as examples of internal candidates with little name recognition who emerged as capable leaders at their respective firms.

Vijaya Gadde, Twitter’s policy chief, is also highly respected internally, the current and former employees said, and would have been a strong choice for handling Congress and regulators. But it was understood that the company’s leaders and investors preferred someone with expertise in engineering or product development.

Though Agrawal does not have formal experience managing a policy team, he has been a major implementer of initiatives that attempt to balance freedom of speech with protecting users from harms like bullying and disinformation, as well as initiatives to open the company’s algorithms to public scrutiny, said a senior Twitter executive, who spoke on the condition of anonymity to describe internal matters.

For example, Twitter was the first of the major platforms to cover content with warning labels that notify people that a newsworthy tweet may be problematic and to create a pop-up asking people to take a moment to double-check whether they want to retweet a particular tweet.

“Parag was the person internally bringing all that to life,” said the executive. “Twitter has always been a ‘product-led company,’ but as the future of the Internet becomes more about standards for algorithms and decentralization – he has been a key voice in building out the tools to make those policy goals a reality.”

One of the other Twitter employees offered a less glowing assessment. “He’s not actively harmful,” the employee said. “I’ve seen worse men get ahead with less.”