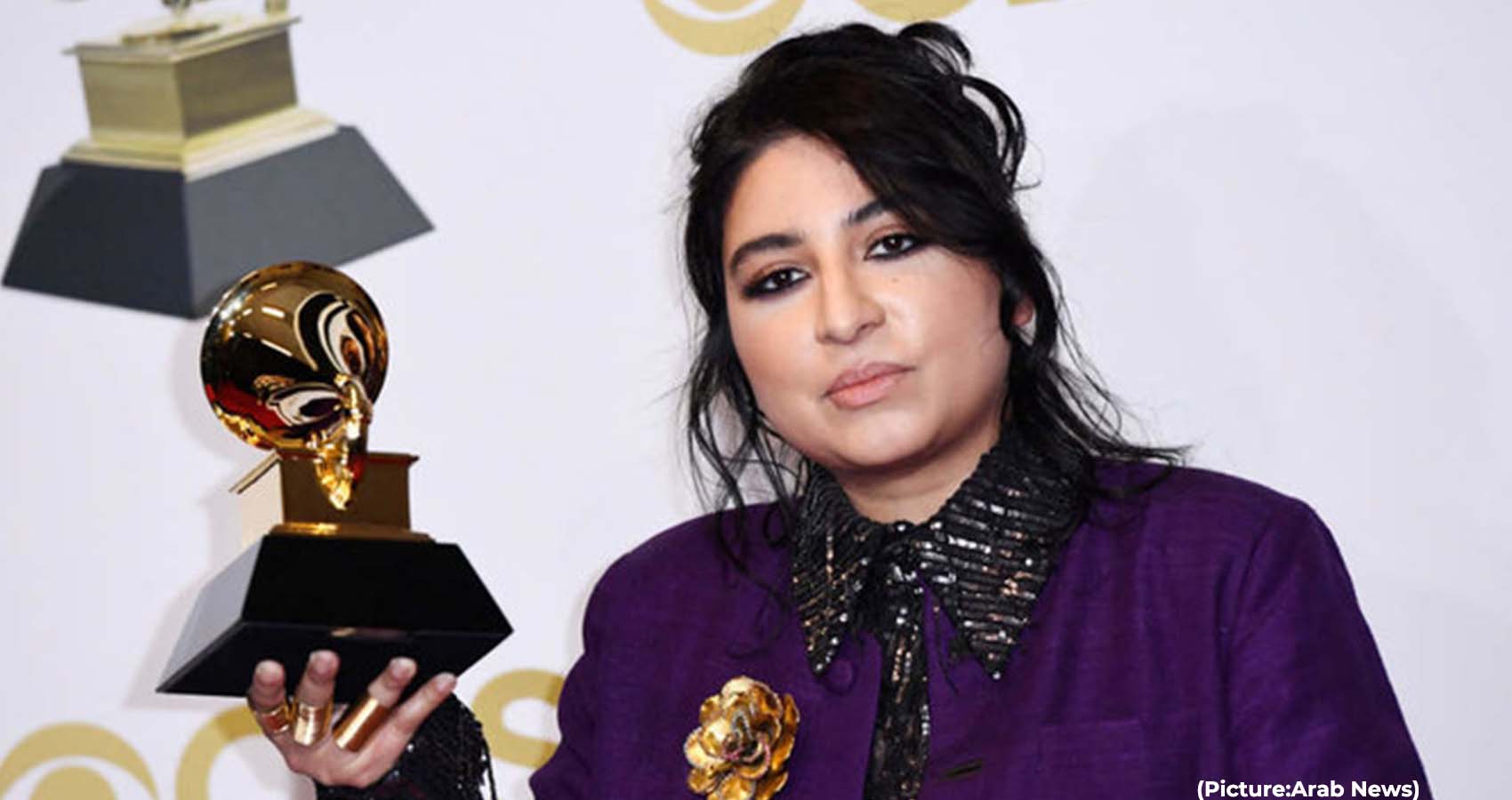 Two musicians of Indian origin and one of Pakistani descent were among the winners at the 64th Annual Grammy Awards, given out to musicians during a glittering annual Emmy Awards nite on Sundsay April 3rd , held at the MGM Grand Garden Arena in Las Vegas, the 2022 Grammys.

The internationally acclaimed and watched the world over on live media streams saw a number of first-time winners from the Indian subcontinent. Falguni ‘Falu’ Shah bagged her maiden trophy for the category of ‘Best Children’s Music Album.’ Composer Ricky Kej repeated his 2015 win with the ‘Best New Album’ award. while Pakistani-American artist Arooj Aftab became the first ever female Pakistani to be on the winning list. The Brooklyn-based artist won in the ‘Best Global Music Performance’ category.

The New York-based artist Falguni ‘Falu’ Shah bagged the award for the ‘Best Children’s Music Album’ category for her album, ‘A Colourful World’. Shah has previously worked with A.R. Rahman for Slumdog Millionaire and has received training under the legendary sarangi player and master Ustad Sultan Khan. 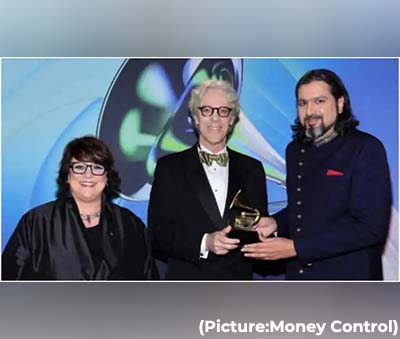 This marks her first victory at the Grammy Awards. The artist’s acceptance speech revealed the inspiration behind the album. In her acceptance speech at the awards, she said, “Who would have thought that having my mother sing an old children’s lullaby from India would get a response from parents in America?”

The performer also posted a picture of herself with her award on Instagram celebrating her win. In the caption alongside, she wrote, “I have no words to describe today’s magic. What an honor to perform for the opening number of the GRAMMY Premier Ceremony, and then take home a statue on behalf of all the incredible people who worked on A Colorful World. We are humbled and thank the Recording Academy for this tremendous recognition. THANK YOU!”

Kej, in collaboration with Stewart Copeland, took home the award for ‘Best New Age Album’ for ‘Divine Tides’. This is Kej’s second win after 2015 while Copeland has a total of six Grammys. “Won the Grammy Award today for our album Divine Tides Filled with gratitude and love this living-legend standing with me – @copelandmusic . My 2nd Grammy and Stewart’s 6th. Thank you to everyone who ever collaborated, hired, or listened to my music. I exist because of you,” he tweeted after winning the award. 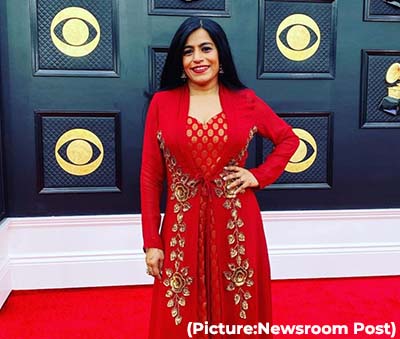 Arooj brought home the first Grammy for her song ‘Mohabbat’. The Brooklyn-based singer won in the category of ‘Best Global Music Performance’. Arooj’s work is a confluence of Sufi traditions mixed with folk, jazz and minimalism. She has been receiving global recognition for her work in recent years.

The 2022 Grammys, which kicked off on Sunday night at the MGM Grand Garden Arena in Las Vegas, Nevada, was hosted by Trevor Noah. At the event, singer Olivia Rodrigo made an impressive Grammy debut, Silk Sonic claimed two major awards and Jon Batiste had the most stunning victory of the night winning the top prize at Grammy Awards.

A R. Rahman was also spotted at the award function. However, much like the Oscars, the ‘In Memoriam’ section missed paying tribute to Indian maestro Lata Mangeshkar. While her name was included in the official website, it did not make it to the mentions at the live event on Sunday night.