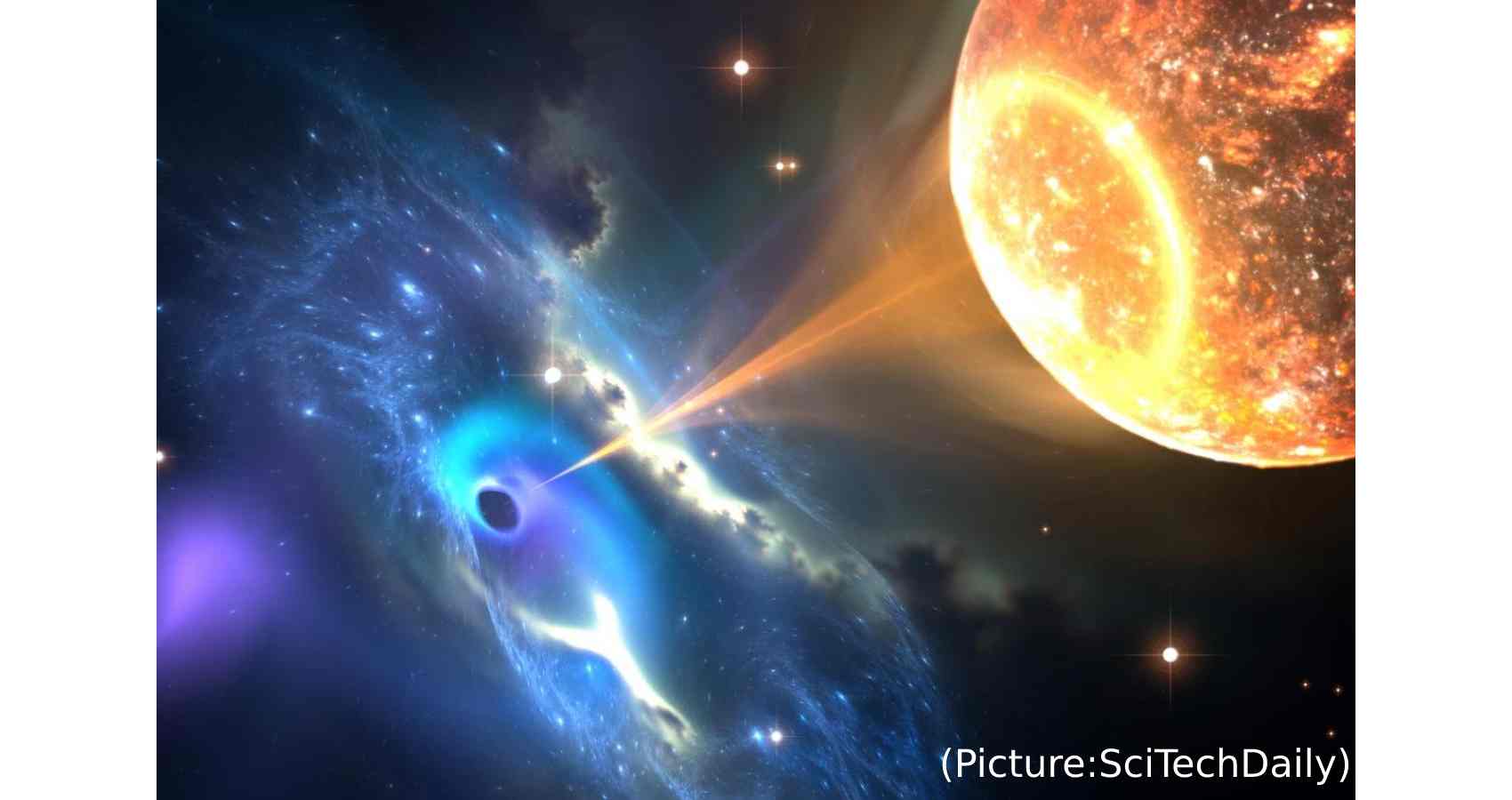 On Jan. 5, 2020, astrophysicists heard a chirp from a distant part of the cosmos, some 900 million light-years away. The fleeting sound was unlike any they’d heard before and was caused by a great ripple in space-time — a gravitational wave — that spread out across the universe from over 900 million light-years away, washing over the Earth and pinging detectors. Chirp.  Then, 10 days later, they heard another, similar sound. A cosmic twin. Gravitational waves had once again pinged Earth’s detectors. Chirp.

After careful analysis, the two signals have been identified as emanating from extreme, never-before-seen events in deep space: the collision between a black hole and a neutron star. The pair of collisions (or, less poetically, “mergers”) are detailed in a new study published in the Astrophysical Journal Letters on Tuesday, featuring over 1,000 scientists from the LIGO/Virgo and KAGRA collaborations, a multinational effort to hunt for gravitational waves. The two newly described events are named GW200105 and GW200115, for the dates they were discovered, and provide the first definitive evidence of an elusive merger.

Prior to the dual detection, astronomers had only found black holes merging with black holes and neutron stars merging with neutron stars.”We’ve been waiting and expecting, at some stage, to detect a system with one of each,” said Susan Scott, an astrophysicist at Australian National University and a member of OzGrav and the LIGO collaboration. Now they have. Over the last two years, there had been suggestions that a collision between a neutron star and a black hole may have been spotted — but one of the objects appeared a little unusual. It was too big to be a neutron star and too small to be a black hole. The unknown object remains a mystery, which means GW200105 and GW200115 will go down in history.

“These are the first really confident detections of the merger of a neutron star with a black hole,” adds Rory Smith, an astrophysicist at Monash University in Australia and a member of the LIGO collaboration. There is huge excitement among scientists with the first confirmed detection of a neutron star-black hole (NS-BH) collision being reported. This ground breaking discovery of gravitational waves from a pair of NS-BH mergers was published in the Astrophysical Journal Letters on Tuesday. Professor SomakRaychaudhury, Director of Inter University Centre for Astronomy and Astrophysics (IUCAA), told the media that the development was expected for a long time but was not confirmed. A new analysis was done to reconfirm this discovery which has now been published in the international journal, said Raychoudhury.

Until now, the LIGO-Virgo collaboration (LVC) of gravitational waves detectors has only been able to observe collisions between pairs of black holes or neutron stars. For the first time, in January 2020, the network of detectors made the discovery of gravitational waves from a pair of NS-BH mergers. According to the IUCAA director, the technique used here to detect the signal is called matched filtering. “This was also used for the first discovery of gravitational waves. It may be recalled that this was developed at IUCAA in the 1990s by Sanjeev Dhurandhar and others,” he said. “Basically, we have been detecting binary black hole mergers and binary neutron star mergers (until now). This is a hybrid collision,” according to scientists at the Laser Interferometer Gravitational-wave Observatory, India (LIGO-India).

When contacted, DrTarunSouradeep, spokesperson of LIGO-India, said that researchers from LIGO-India have contributed to this major discovery. “This is an ongoing effort and the reason to make the detector network stronger is to discover a newer kind of phenomenon,” said Souradeep. This is a clear indication of neutron star and black hole merger, Prof Rajesh Nayak from the Center of Excellence in Space Sciences, IISER, Kolkata said.