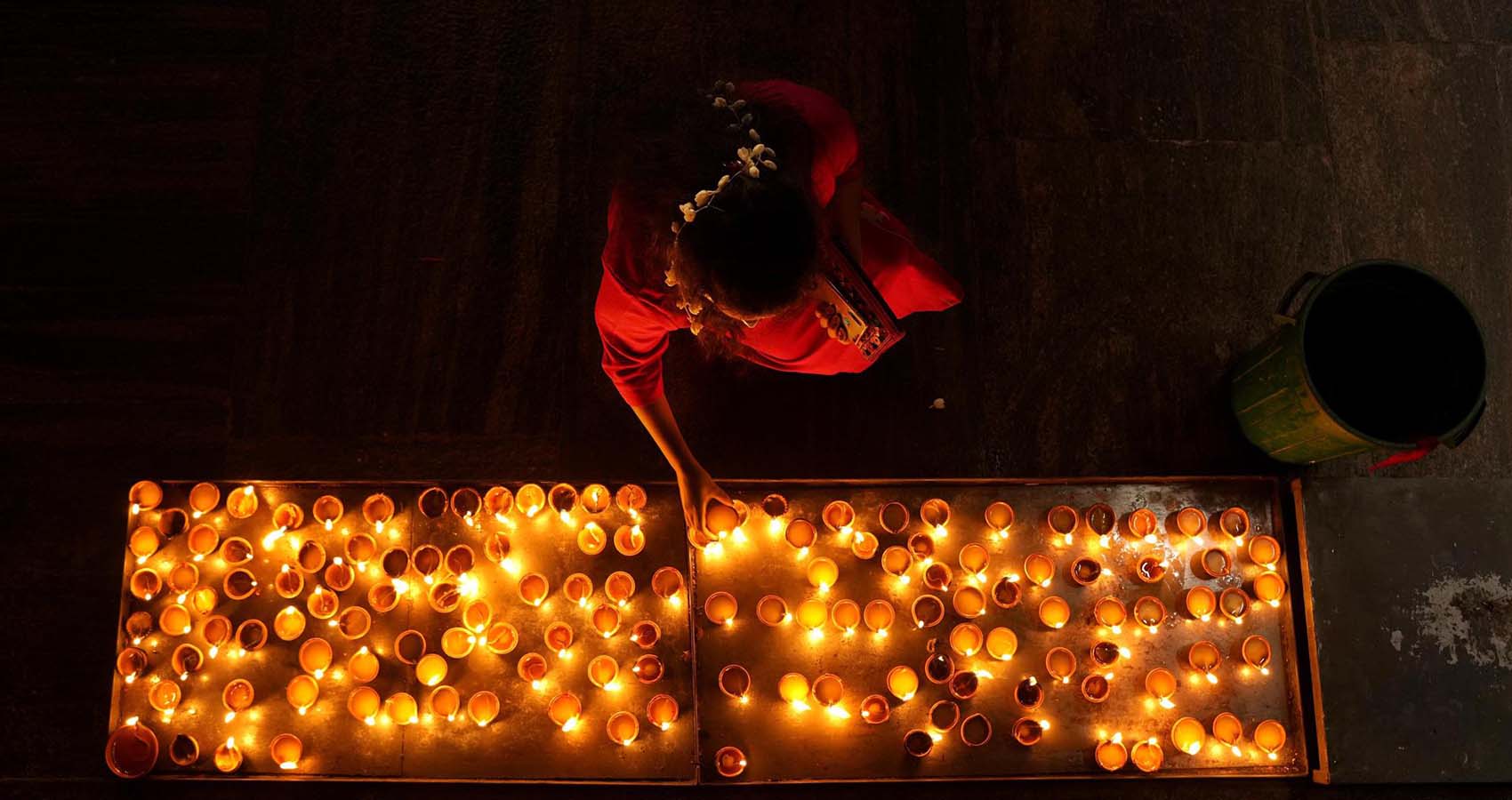 Millions of people across Asia are celebrating the Hindu festival of Diwali, which symbolizes new beginnings and the triumph of good over evil and light over darkness.

The festival is celebrated mainly in India, but Hindus across the world, particularly in other parts of Asia, also gather with family members and friends to socialize, visit temples and decorate houses with small oil lamps made from clay. The festival is also marked by raucous parties and fireworks displays, often throughout the night. 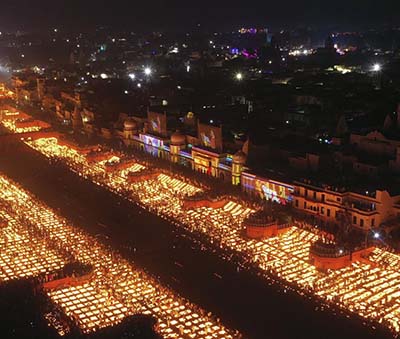 Indians across the country began celebrating Diwali, the Hindu festival of lights, the triumphant return of Lord ram to Ayodhya after rescuing Sita from Sri Lanka. Diwali is typically celebrated by socializing and exchanging gifts with family and friends. Many light oil lamps or candles to symbolize a victory of light over darkness, and fireworks are set off as part of the celebrations.

As dusk fell on Nov. 3, over 900,000 earthen lamps were lit and kept burning for 45 minutes in the northern city of Ayodhya in Uttar Pradesh state, retaining the Guinness World Record it set last year. As part of the Diwali celebrations, the city last year lit 606,569 oil lamps.

The lamps were lit at Ram ki Pauri, at the banks of Saryu River, a stunning spectacle for thousands of visitors who thronged its shores while ignoring coronavirus social distancing norms. A laser and fireworks show followed, illuminating the city’s lanes and river banks. Thousands of city residents also lit lamps at their houses and temples.

The festival is being celebrated at a time when India’s pandemic crisis has largely subsided.  On Diwali night, people also lit up the sky with firecrackers — their smoke causing pollution that takes days to clear.

While there is no nationwide ban on bursting firecrackers, a number of states have imposed restrictions to stem the pollution, with some allowing their residents to light green crackers for a certain number of hours. Green crackers produce lesser emissions than normal firecrackers. In the past, similar bans have often been flouted.

Diwali marks Hindu god Ram’s return to his kingdom after 14 years in exile. Hindus believe that during Diwali the goddess of wealth, Lakshmi, will visit their homes if they are illuminated and decorated.

The Diwali festival is also observed among Jains, Sikhs and Buddhists. While each religion marks the festival with different historical events and legends, they all represent the victory of good over evil. (Associated Press writer Biswajeet Banerjee in Lucknow, India, contributed to this report