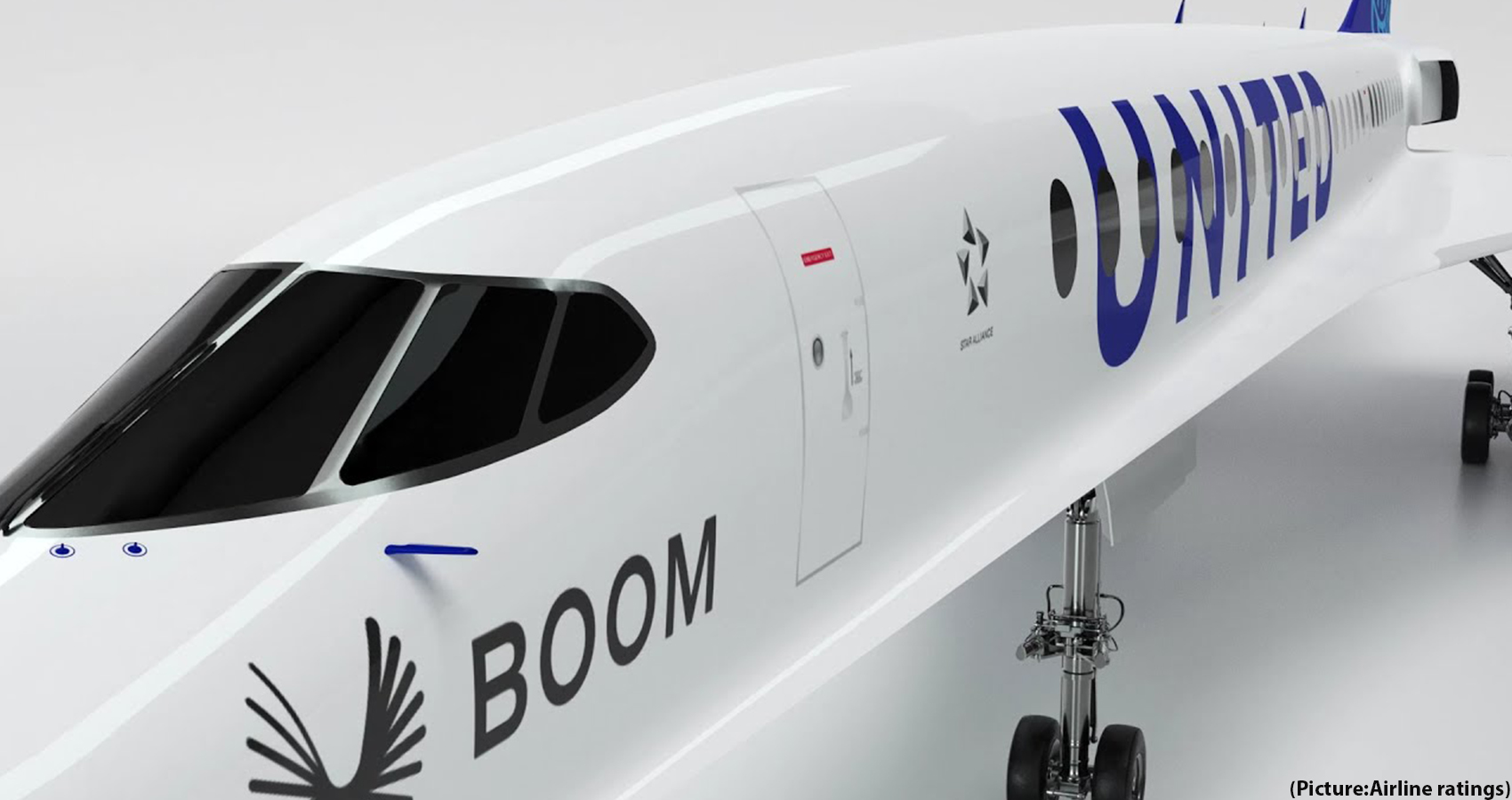 The US airline is the first to announce plans to go supersonic, reviving dreams from the late 1960s when British Airways and Air France offered transatlantic flights aboard the Concorde. Only 20 were built during the aircraft’s 24-year operational life. The Overture, which would seat between 65 and 88 passengers, would cut flight time in half over a conventional commercial airliner, with a top speed of Mach 1.7, or 1,304 mph. A flight from New York to London would take just 3.5 hours, according to Boom, and Los Angeles to Sydney would be about eight hours. Unlike the Concorde, which was neither fuel-efficient nor quiet, the Overture will be designed to be “net-carbon zero,” and will cut emissions, according to Boom, by running on sustainable aviation fuel. The first aircraft is slated to roll out in 2025, fly in 2026 and carry its first passengers by 2029. 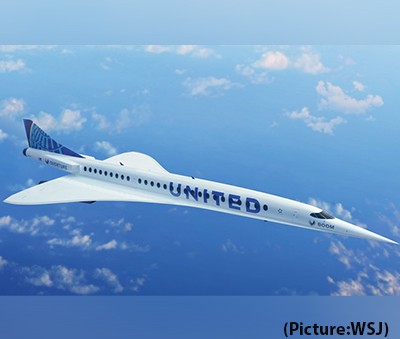 “United continues on its trajectory to build a more innovative, sustainable airline and today’s advancements in technology are making it more viable to include supersonic planes,” said United CEO Scott Kirby. “Boom’s vision for the future of commercial aviation, combined with the industry’s most robust route network in the world, will give business and leisure travelers access to a stellar flight experience.” The announcement is not the first of an intended partnership between a supersonic firm and a large aviation company.

Both Flexjet and NetJets announced that they planned to buy business jets from Aerion. The Reno-based company had the fastest, most ambitious rollout of its AS2, while also planning to break ground on a new research and production campus near Orlando sometime this year. Last week, it abruptly said it was shutting down because it couldn’t secure long-term funding. Boom seems to be farther along in its development stages than its former competitor. It rolled out a third-scale demonstrator aircraft, the XB1, last year. Boom CEO Blake Scholl recently told a Congressional panel that it plans to fly it for the first time by the end of 2021 or in early 2022.

Overture will be designed with in-seat entertainment screens, large personal space and contactless technology. “At speeds twice as fast, United passengers will experience all the advantages of life lived in person, from deeper, more productive business relationships to longer, more relaxing vacations to far-off destinations,” said Scholl in announcing the deal. United also has the option to buy 35 more Overtures. Scholl recently said that the Overture represents the first dramatic speed gains in new aircraft since the Concorde. “We see ourselves as picking up where Concorde left off, and fixing the most important things which are economic and environmental sustainability,” he told CNN recently, adding: “Either we fail or we change the world.”