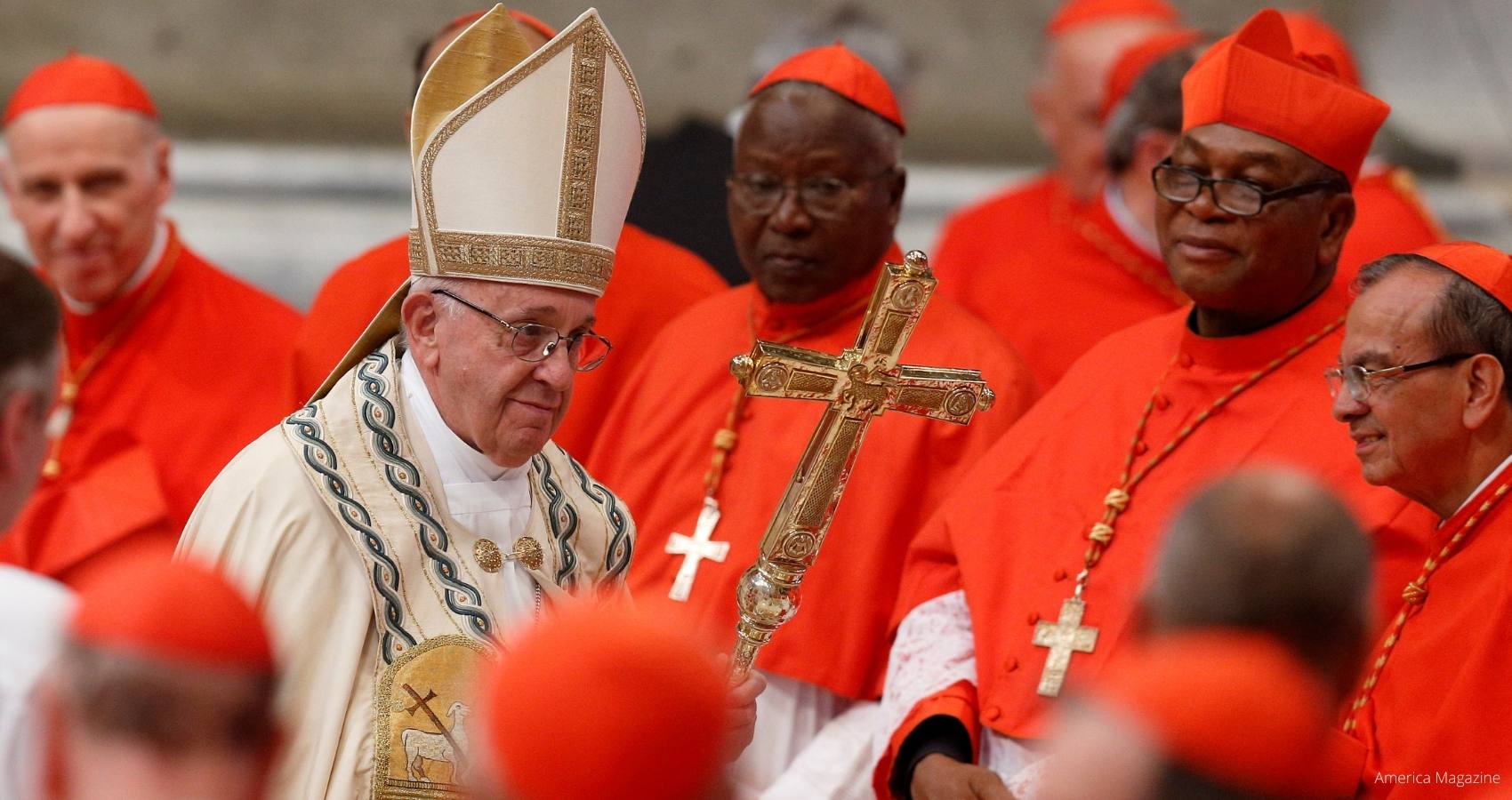 Unless his reign is short, a Roman Catholic pontiff typically appoints a majority of the men who vote for his successor. But Pope Francis’ additions to the College of Cardinals since his election in 2013 also have served another purpose – tilting the leadership structure of the Roman Catholic Church away from its historic European base and toward developing nations in Africa, Asia and Latin America.

The pope recently announced that he will appoint 16 new voting cardinals (in addition to five other cardinals who are 80 or older and therefore ineligible to vote). After this latest group is officially installed at an Aug. 27 ceremony in Vatican City, the College of Cardinals will have 132 voting members, 40% of whom are European, down from 52% in 2013. 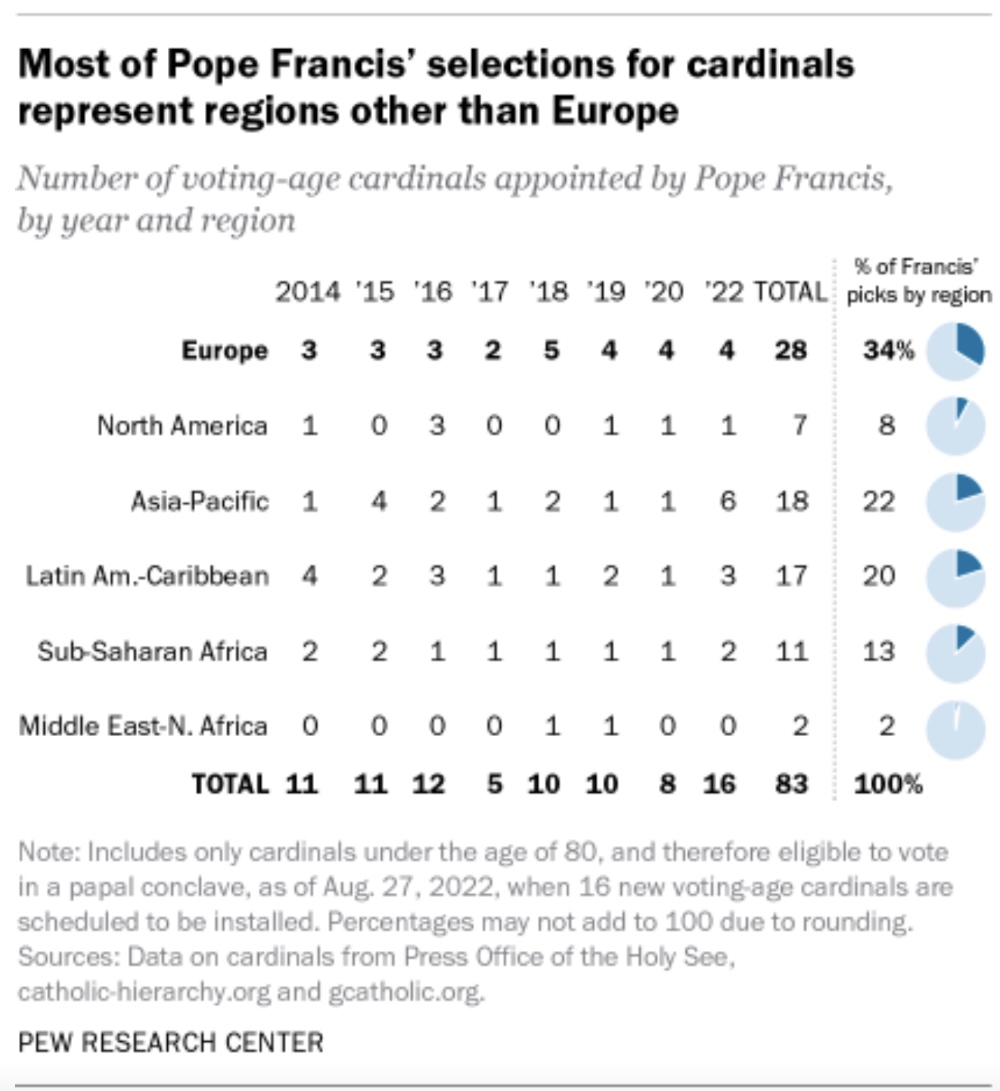 Francis’ appointments (including the recently announced future cardinals) have increased the overall representation of the Asia-Pacific region within the body of voting cardinals from 9% in 2013 to 17% in 2022, while increasing the representation of sub-Saharan Africa from 9% to 12%. These figures include cardinals who were named by Pope Emeritus Benedict XVI and St. John Paul II.

Francis, an Argentinian who is the first pope from outside Europe since the eighth century, still has picked more cardinals from Europe than from any other region. Of the 83 newly appointed or currently eligible voting cardinals Francis has named so far during his papacy, 34% are from Europe, 22% from the Asia-Pacific region, 20% from Latin America and the Caribbean, 13% from sub-Saharan Africa, 8% from North America and 2% from the Middle East-North Africa region. Altogether, these cardinals appointed by Francis will make up a majority (63%) of the 132 voting members of the College of Cardinals after the Aug. 27 installation ceremony.

Among the 16 future cardinal electors Francis has chosen this year, four will represent Europe (Italy, Spain, France and the United Kingdom). Six will represent the Asia-Pacific region (two from India and one each from East Timor, Mongolia, Singapore and South Korea). Three other future cardinal electors are from Latin America and the Caribbean (two from Brazil and one from Paraguay). Two are from sub-Saharan Africa (Ghana and Nigeria) and one is from North America (U.S.-born Robert McElroy, archbishop of San Diego).

Given that, as of 2010, only about a quarter (24%) of the global Catholic population lives in Europe, the continent remains heavily overrepresented among voting cardinals. By this measure, the most underrepresented region within the church’s leadership – even with Francis’ new picks – is Latin America and the Caribbean, which is home to 39% of the worldwide Catholic population (again, as of 2010) but has only 18% of the cardinals.