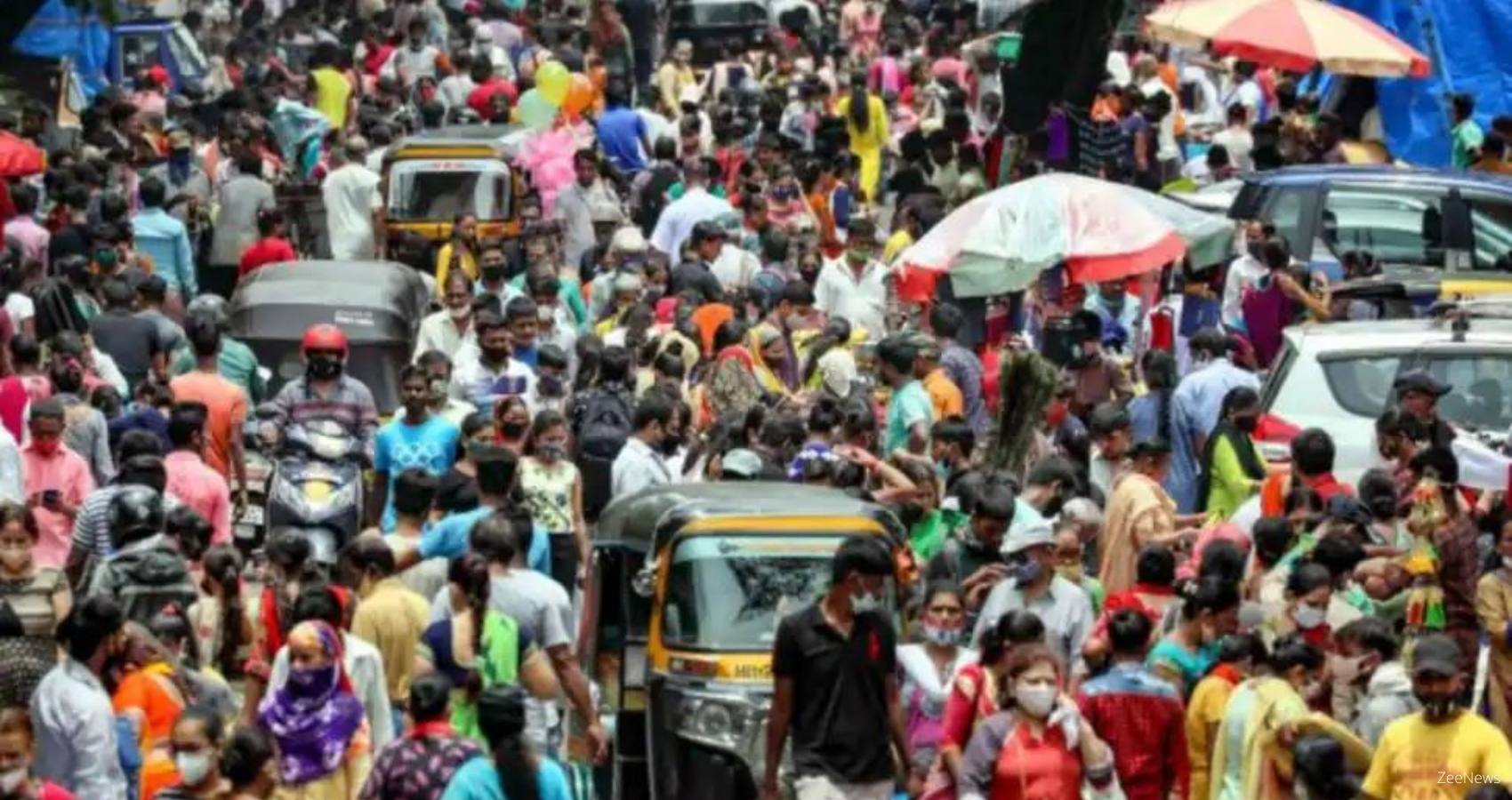 The world’s population will cross 8 billion in November, according to recently released projections from the United Nations. And more than half of all people live in just seven countries.

China has the world’s largest population (1.426 billion), but India (1.417 billion) is expected to claim this title next year. The next five most populous nations – the United States, Indonesia, Pakistan, Nigeria and Brazil – together have fewer people than India or China. In fact, China’s population is greater than the entire population of Europe (744 million) or the Americas (1.04 billion) and roughly equivalent to that of all nations in Africa (1.427 billion). 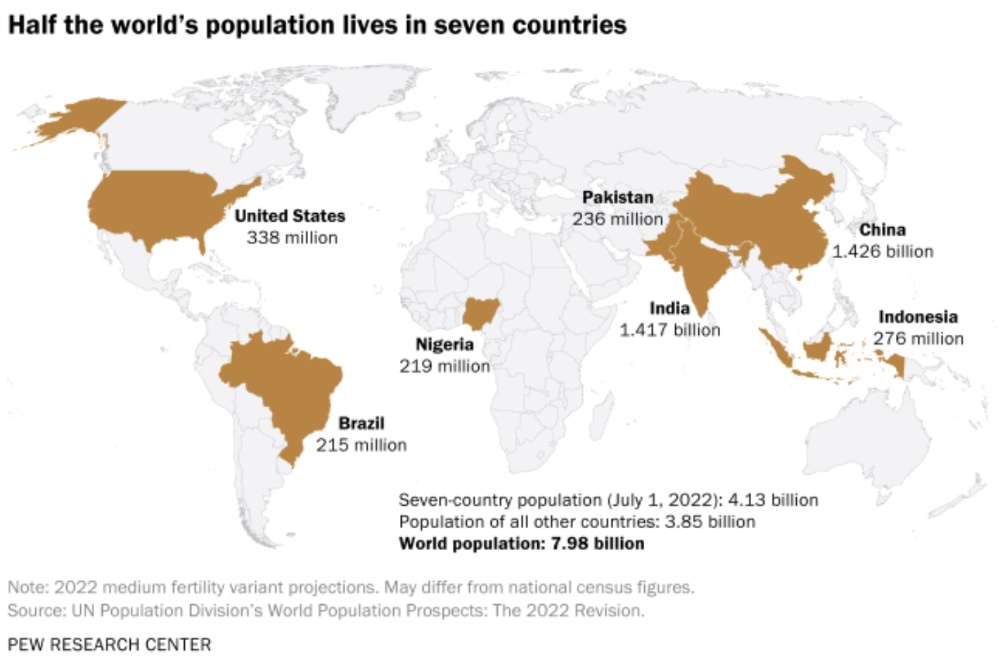 As recently as 2015, half the world’s population was concentrated in just six countries – the same as above, with the exception of Nigeria, which was then the seventh most populous country and has since passed Brazil to move into sixth place. Recent population growth, however, has been faster in the rest of the world than in these nations, meaning that the top six now hold slightly less than half (49%) of the world’s people. Including Brazil’s 215 million people puts the world’s seven most populous countries at 51.7% of the global population.

In the UN’s “medium” scenario for future population growth – its middle-of-the-road estimate – the global population is expected to reach 9.7 billion in 2050 and 10.4 billion in 2100. Growth is expected to be concentrated in sub-Saharan Africa, where an estimated 29% of all the world’s births happened last year. The 2021 total fertility rate in sub-Saharan Africa, 4.6 births per woman, is double the global average of 2.3 births per woman and triple the average in Europe and Northern America (1.5) and in Eastern and South-Eastern Asia (also 1.5).