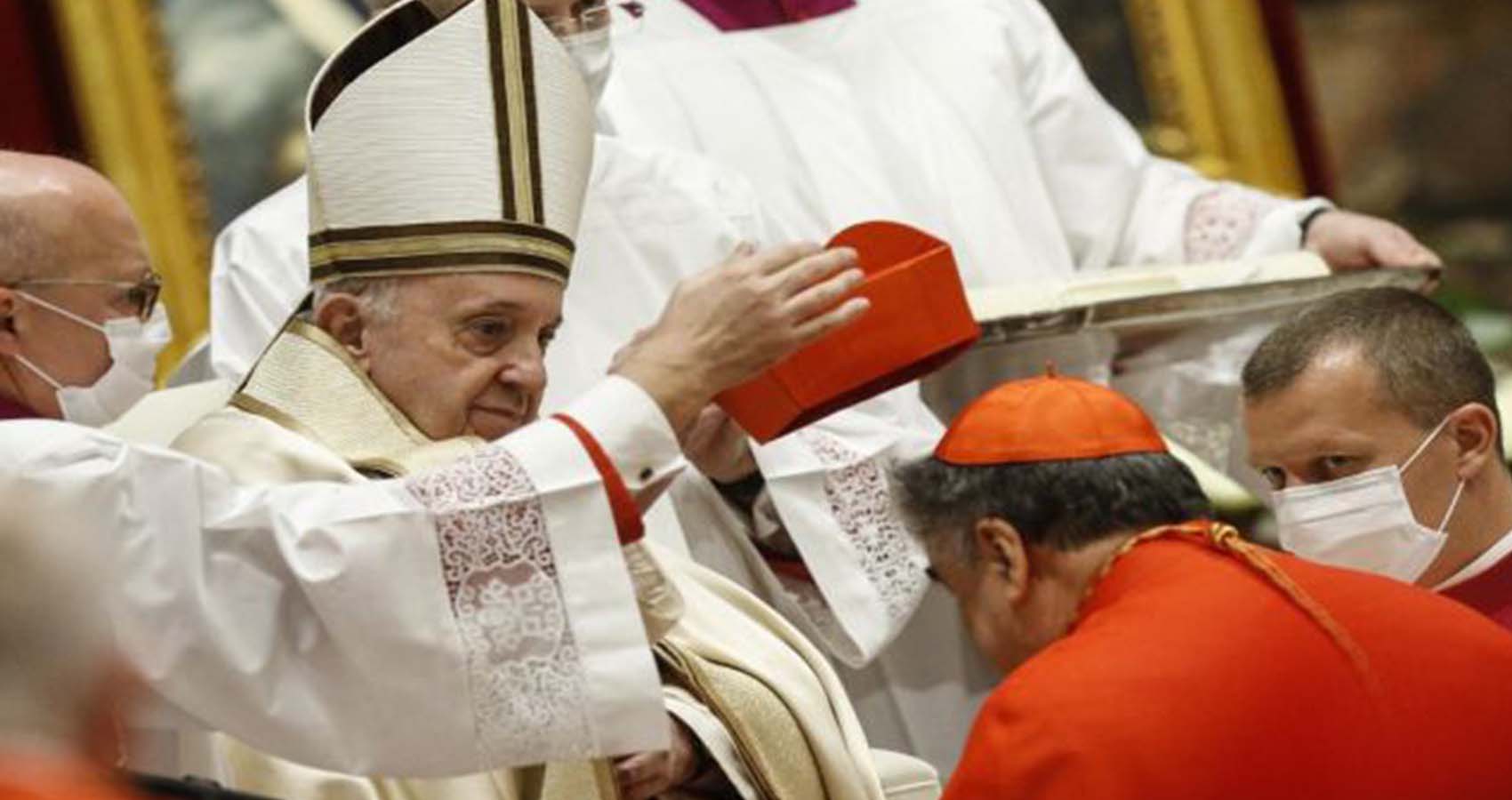 Pope Francis named 21 new cardinals on Sunday May 30th, most of them from continents other than Europe — which dominated Catholic hierarchy for most of the church’s history — and further putting his mark on the group of people who might someday elect the next pontiff.

Among those tapped by the pontiff to receive the prestigious red hat will be two prelates from India and one each from Ghana, Nigeria, Singapore, East Timor, Paraguay, and Brazil, in keeping with Francis’ determination to have church leaders reflect the global face of the Catholic church.

Archbishop of Goa and Daman Filipe Neri Ferrao and Archbishop of Hyderabad Anthony Poola are among the 21 bishops announced by the Vatican to the college of cardinals. These high-ranking officials elect the next Pope from among themselves after Francis’ death or resignation.

The cardinal-elects from India, along with the other 19 bishops will be elevated by Pope Francis to the rank of cardinal in a ceremony at the Vatican in August, it was announced on Sunday, May 30th. Archbishop of Goa and Daman Filipe Neri Ferrao and Archbishop of Hyderabad Anthony Poola will receive the “red hat” in August. 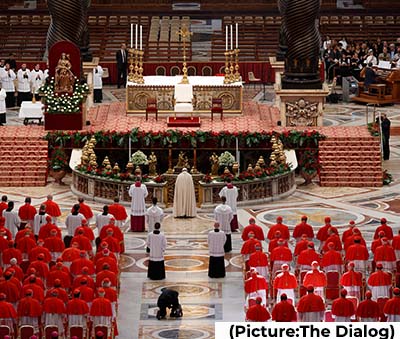 Sixteen of those who will receive the prestigious red cardinal’s hat from Francis in a consistory ceremony at the Vatican on Aug. 27 are younger than 80 and thus would be eligible to vote for his successor if a conclave — in which pontiffs are secretly elected — were to be held.

Francis read out the names of his choices after delivering traditional Sunday remarks from an open window of the Apostolic Palace to the public in St. Peter’s Square. These are the churchmen named by Francis:

The Vatican News website reported that Pope Francis will hold a consistory on August 27th for the creation of new cardinals. The Pope will meet on August 29 and 30 with all the cardinals to reflect on the new Apostolic Constitution Predicate Evangelium.

With church growth largely stagnant or at best sluggish in much of Europe and North America, the Vatican has been attentive to its flock to developing countries, including in Africa, where the number of faithful has been growing in recent decades. Only one new cardinal was named from the United States: Robert Walter McElroy, bishop of San Diego, California.

Pope Francis in his choices kept up a tradition of naming some who are too old to vote in a conclave, but whose long decades of dedication to the Catholic church is honored by bestowing cardinal’s rank on them.

Almost as significant as those chosen to be cardinals are those who were not chosen, despite holding posts that in the past would have traditionally earned them the red hat.

In Francis’ selection on Sunday, he passed over the prominent archbishop of San Francisco, Salvatore Cordileone. Earlier this month, Cordileone said he will no longer allow U.S. House Speaker Nancy Pelosi to receive Communion because of her support for abortion rights. While Francis hasn’t publicly weighed in on the soon-expected U.S. Supreme Court ruling on abortion rights, in the past he has decried the political weaponizing of Communion.

The new U.S. cardinal, McElroy, holds very different views from Cordileone. He was among the relatively few U.S. bishops who several years ago called for U.S. church policy to better reflect Francis’ concerns for the global poor. He also signed a statement last year expressing support for LGBTQ youth and denouncing the bullying directed at them.

This is the eighth batch of cardinals that Francis has named since becoming pontiff in 2013. A sizeable majority of those who are eligible to vote in a conclave were appointed by him, increasing the likelihood that they will choose as his successor someone who shares his papacy’s priorities, including attention to those living on society’s margins and to environmental crises.

Who is a cardinal?

Cardinals rank second only to the Pope in the hierarchy of the Roman Catholic Church and serve as his closest advisors at home and around the world. The term “cardinal” comes from the Latin word “cardinalis,” from the word “cardo,” or “hinge.” They are considered “the hinges on which the Church revolves”. 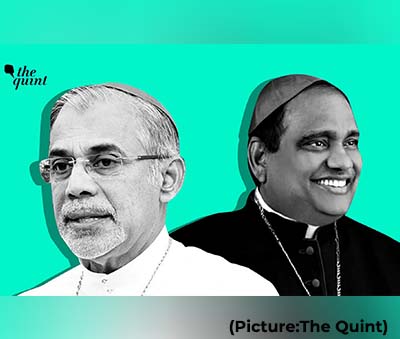 Due to their historical power and influence, they are still called the “Princes of the Church”. It is a reference to those who held the equivalent role of a royal prince and in feudal times ruled a principality. However, Pope Francis has told his cardinals not to live like royalty. He had said that his cardinals are not to be called “princes of the church,” but they are to serve the people of God and tackle the sins of the world.

Cardinals receive the symbolic red biretta and ring from the Pope when they are created at consistories. The ring signifies their marriage to the church. The prelates are also known for their distinctive red attire – the colour expressing the cardinals’ willingness to die for their faith, according to a report in The Indian Express.

What do electors do?

As the name suggests, the electors elect the new Pope when he dies or abdicates the papacy. At the papal conclave, they pick from among themselves the head of the Roman Catholic Church. However, to be able to cast this defining vote, cardinals need to be below the age of 80 at the start of the papal vacancy. The senior cardinal deacon ceremoniously announces the newly elected pope from the balcony of the Vatican.

Among the 21 new cardinals, 16 are cardinal electors under 80 and are eligible to elect Pope Francis’ successor. After the August 27 ceremony to officially install them he will have appointed about 82 of about 132 cardinal electors, increasing the possibility that his successor will be a man reflecting his positions on key issues.

What are their other duties?

But it’s not like a new Pope is elected every year. The cardinals, who are elected for life, have a lot of other duties they need to perform.

Cardinals form the Roman Curia, which is a group of administrators, who look into the functioning of the church. It is often called the “Pope’s Cabinet”.

There’s a Cardinal Secretary of State who is the representative of the Vatican to foreign governments. The other cardinals have different responsibilities, called congregations. There’s a cardinal who oversees all the bishops around the world, one who looks into Catholic education, and so on.

Only six cardinals hold the title of cardinal bishop and each holds jurisdiction over a church in a suburb of Rome. Cardinal priests are bishops who serve in dioceses outside Rome, according to a report in The Slate.

How Pope Francis has changed the College?

Europeans have largely dominated the College of Cardinals. However, Pope Francis expanded the effort to diversify the College to reflect the church’s global reach. He appointed cardinals from Asia, Africa and Latin America, and from countries that never had a cardinal, including Bangladesh, Lesotho and Malaysia, reports the Catholic News Herald.

The upcoming consistory will be the eight since Francis was elected in 2013. With each, he has continued what one diplomat on Sunday called “a tilt towards Asia”, increasing the likelihood that the next Pope could be from the region.

By appointing cardinals in Singapore, Mongolia, India and East Timor, Francis appears to be seeking to increase the Church’s prestige and clout in Asia, a growing economic and political powerhouse, according to news agency Reuters.

How many cardinals does India have?

Other than Cardinal Toppo, all others are cardinal electors. This means they will play a key part to elect the next Pope. Poola is the first Dalit from India to get the title.