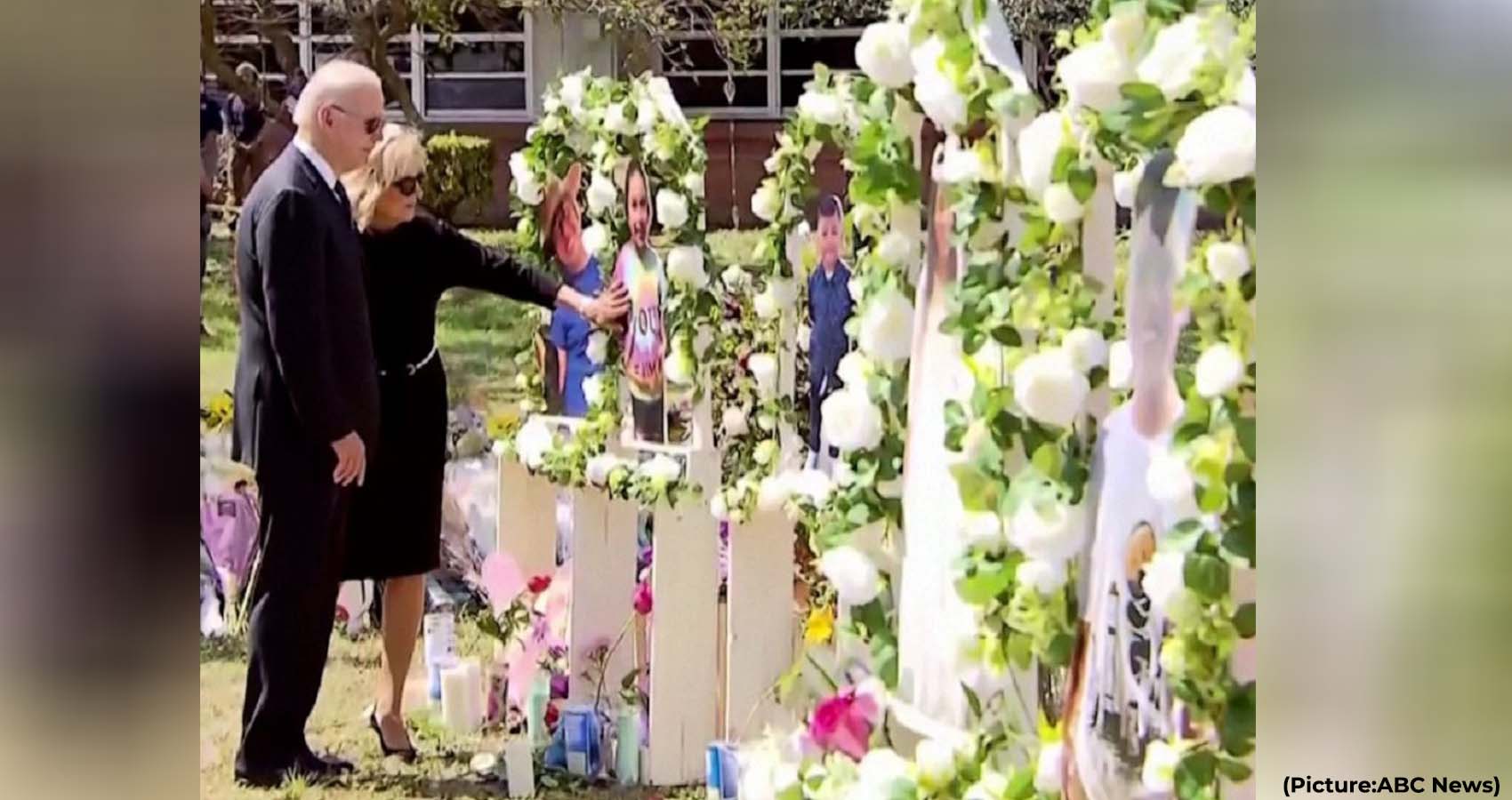 President Joe Biden told reporters on May 30th that he spent more than three and a half hours with survivors and the families of victims of last week’s mass shooting in Uvalde, Texas, where a gunman killed 19 children and two teachers at Robb Elementary School.

The president spoke with reporters moments after stepping off Marine One, a day after his visit to Uvalde, where he told a crowd of demonstrators “we will” as they chanted for him to “do something” about gun violence.

The massacre in Texas was preceded less than two weeks earlier by another mass shooting in Buffalo, New York. Ten Black people were killed in a grocery store in what authorities suspect was a racially motivated attack.

Returning to Washington, Biden said the pain he witnessed in Uvalde was “palpable” and “unnecessary” and that he was — and always had been — committed to gun control efforts intended to reduce more violence. 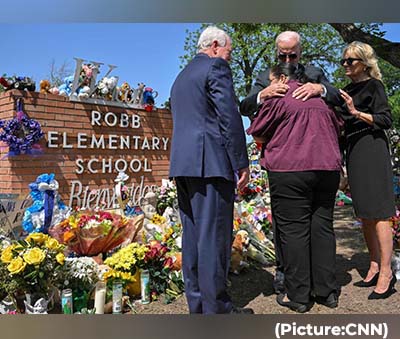 But there was only so much he could do as a president, he said. Major changes would need to be authorized by Congress, where a bipartisan group of lawmakers are again in negotiations over a possible bill despite how divided they remain over guns.

When a reporter asked Biden outside the White House if he felt more motivated to act on legislation now, in the wake of recent shootings such as Uvalde, he said he has been “motivated all along. I’m going to continue to push and we’ll see how this works,” he said.

“I can’t outlaw a weapon. I can’t change the background checks,” he said. This is where the legislature should act, he said. For example, he said, “It makes no sense to be able to purchase something that can fire up to 300 rounds.”

He told reporters how as a senator he once spoke with trauma doctors who showed him an X-Ray of the damage a high-caliber weapon can inflict on the body — how “a .22-caliber bullet will lodge in a lung and we could probably get it out, may be able to get it and save the life, [but] a 9 mm bullet blows the lung out of the body. The idea of these high-caliber weapon, there’s simply no rational basis for it, in terms of whether this be about self-protection, hunting,” he said.

Those killings have prompted a group of bipartisan senators — four Republicans and five Democrats — to engage in initial conversations about new gun laws. Democrats need at least some GOP support, though conservatives largely oppose legislating the issue, instead focusing on the so-called “hardening” of school security and other measures.

The group of lawmakers intended to meet via video over the recess to continue hashing out where they stand and where a possible compromise could be brokered. “We’re getting started to try to figure out if there’s a path to getting to a consensus, and we’ll see where it takes us,” Sen. Pat Toomey, R-Pa., said last week.

The White House, which took a more direct role in previous legislative priorities, has said the president will observe the process as it proceeds. Press secretary Karine Jean-Pierre was asked repeatedly what the administration saw as its role in pushing for a new law.

“We really, truly leave the mechanics up to Sen. Schumer and Speaker Pelosi,” Jean-Pierre said last week, referring to the Senate majority leader and House speaker. “We are confident that Sen. Schumer will bring this forward. And again, it is time for Congress to act. This is what the president has been calling for since the beginning of his administration.”

Biden, who based his 2020 campaign in part on his record of working across the aisle as a senator, was asked on Monday if he thought Republicans would approach the issue differently this time. He said that he hadn’t spoken to any of them, “but my guess is yes, I think they’re going to take a hard look.”