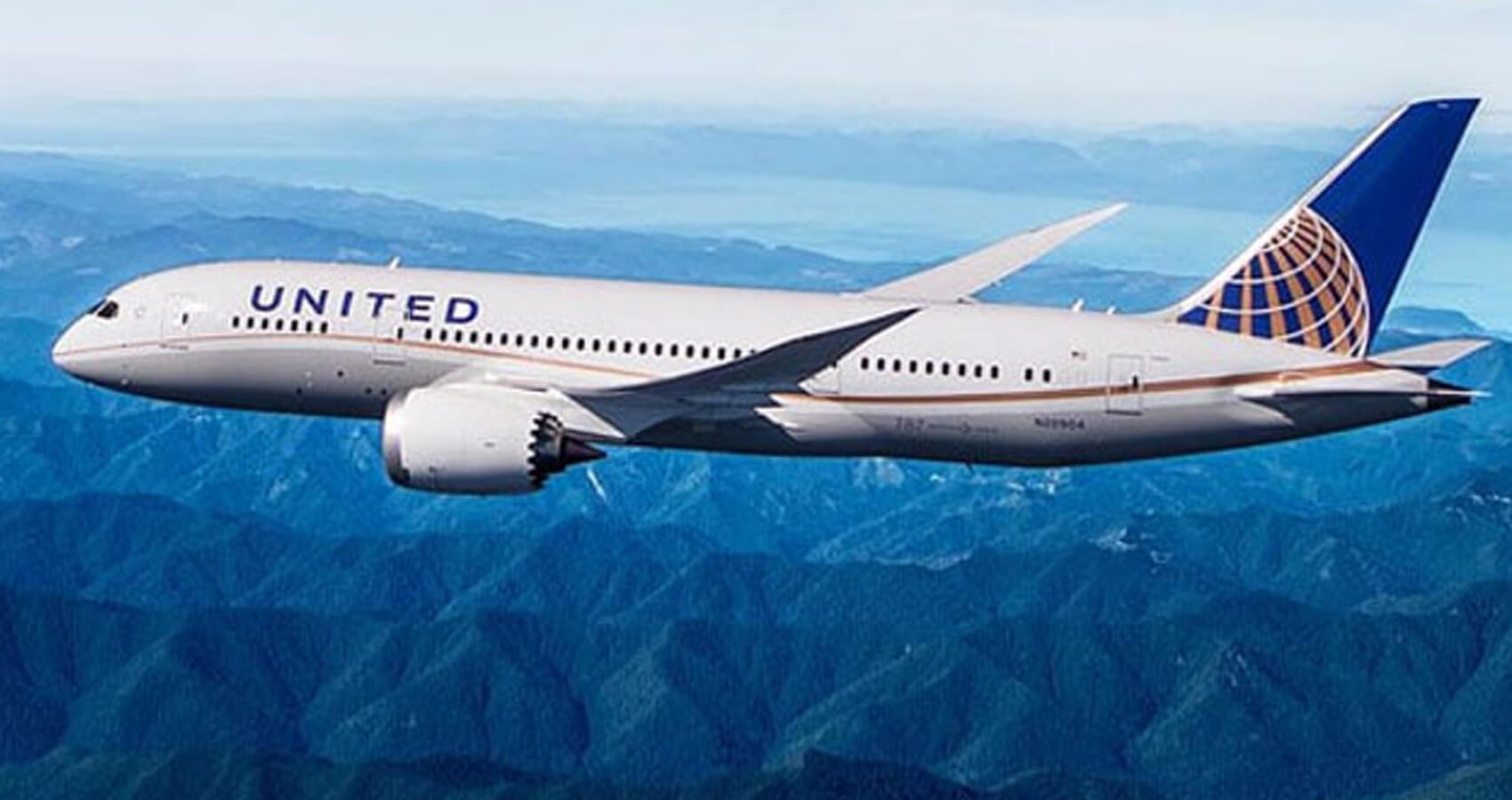 US-based United Airlines has launched its new daily non-stop service between Delhi and its hometown hub of Chicago. Accordingly, these daily flights will be operated by a Boeing 787-9 Dreamliner aircraft. “Starting December 2020, we’re excited to launch even more routes from the U.S. to India. Whether you’re embarking on your first adventure there or eager to reconnect with family, we make it easy to visit India’s top destinations. With the introduction of this new route, United will operate four daily non-stop flights from India,” the airline said in a statement.

Beginning spring 2021, we’re adding daily nonstop flights between San Francisco and Bangalore. With this launch, we’ll become the only airline flying between both cities. Traveling between two of the world’s top tech hubs is about to get easier than ever, the airline posted on its website.

In statement on its site, United posted: “We’ve been proud to connect you to India for 15 years running, and we’re excited to be the only U.S. airline with nonstop flights from the U.S. to the country’s biggest and best destinations.”

United Airlines has announced that it is taking its most ambitious step yet in leading the fight against climate change: pledging to become 100% green by reducing its greenhouse gas (GHG) emissions by 100% by 2050. United, which in 2018 became the first U.S. airline to commit to reducing its GHG emissions by 50% by 2050, will advance towards carbon neutrality by committing to a multimillion-dollar investment in revolutionary atmospheric carbon capture technology known as Direct Air Capture – rather than indirect measures like carbon-offsetting – in addition to continuing to invest in the development and use of sustainable aviation fuel (SAF). With this unprecedented announcement, United becomes the first airline in the world to announce a commitment to invest in Direct Air Capture technology.

United’s shared purpose is “Connecting People. Uniting the World.” For more information, visit united.com, follow @United on Twitter and Instagram or connect on Facebook. The common stock of UAL is traded on the Nasdaq under the symbol “UAL”. 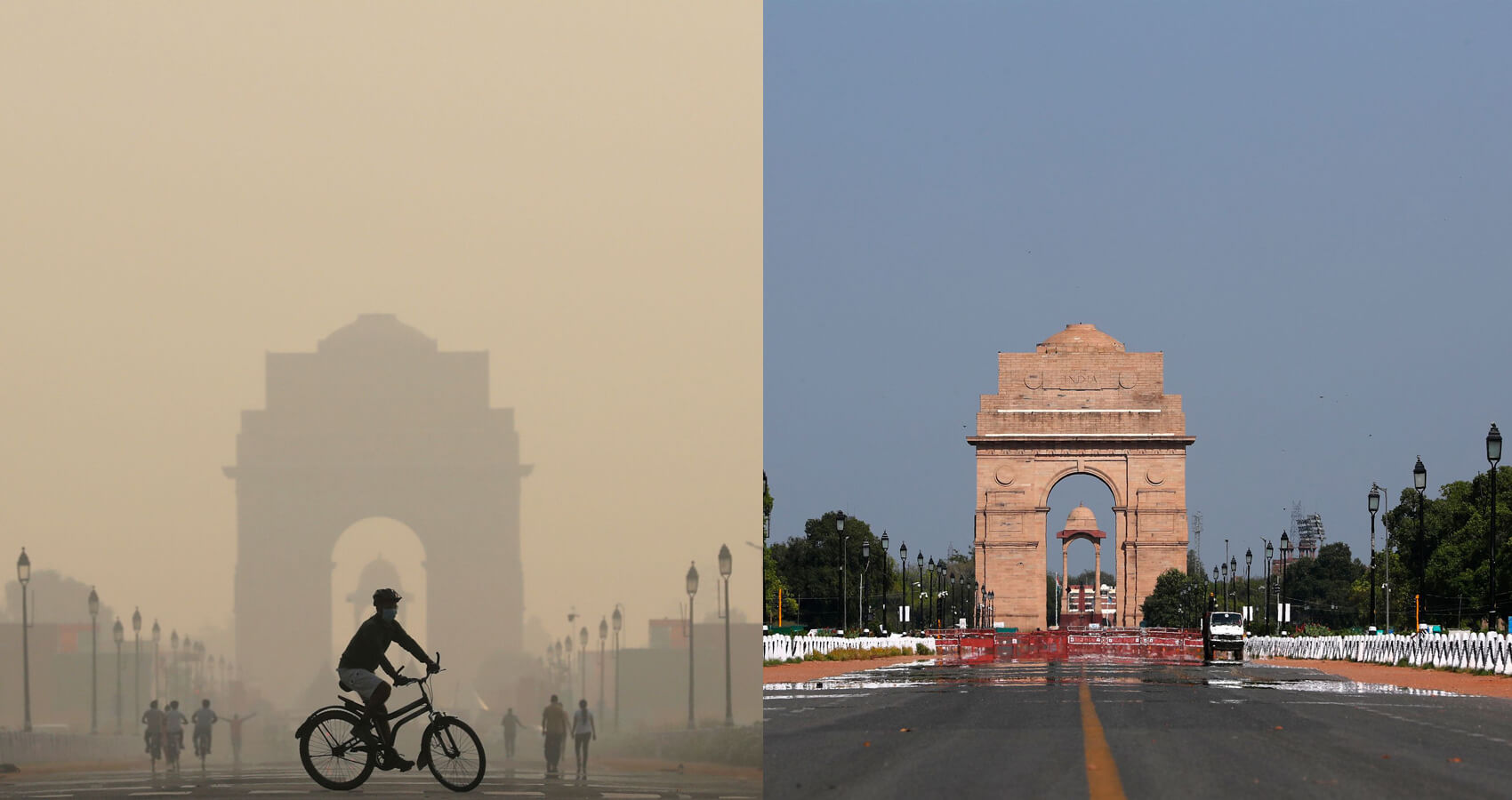 After an unexpected respite as coronavirus lockdowns stalled economic activity, air pollution has returned to pre-COVID-19 levels in Delhi, the world’s most air polluted capital city.

Last month, ahead of the usual spike in winter, the Delhi administration launched an antipollution campaign. But to win, nothing short of sustained action on multiple fronts will suffice. Other Asian capitals too have faced pollution crises. But Delhi’s is extreme because of a combination of smoke from thermal plants and brick kilns in the capital region, effluents from a congested transportation network, stubble or biomass burning by farmers in neighboring states, and the lack of cleansing winds that causes air pollution to hang over the city. Even as technical solutions are within reach, the campaign must overcome the poor policy coordination among central, city, and local governments.

The main sources of Delhi’s particulate emissions are, in equal measure, particles from large power plants and refineries, vehicles, and stubble burning. The experiences of Bangkok, Beijing, and Singapore suggest that an ambitious but feasible goal is to cut air pollution by one-third by 2025, which, if sustained, could extend people’s lives by two to three years. The current effort is designed to confront all three sources, but strong implementation is needed.

Cleaner transport. Delhi has tried pollution checking of vehicles by mobile enforcement teams, public awareness campaigns, investment in mass rapid transport systems, and phasing out old commercial vehicles. The Delhi government’s recent push for electric vehicles shows promise, while the response of industry and the buy-in from customers will be key. Overall results in cutting pollution have been weak because of poor governance at every level. Better outcomes will be predicated on investment in public transportation, including integration of transport modes and last-mile connectivity. Unfortunately, Delhi Transport Corporation’s fleet shrank from 6,204 buses in 2013 to 3,796 buses in 2019, with most of the bus fleet aging. Delhi should look at Singapore’s regulation on car ownership and use; its improved transit systems; and promotion of pedestrian traffic and nonmotorized transport.

Better farming practices. Burning of crop stubble in Delhi’s neighboring states has become a serious source of pollution in the past decade. In 2019, India’s Supreme Court ordered a complete halt to the practice of stubble burning and reprimanded authorities in two of these states, Punjab and Haryana, for allowing this illegal practice to continue. Needed is the political will to act, as poor farmers complain that they receive no financial support to dispose of post-harvest stubble properly. Delhi’s “Green War Room” signaling the fight against the smog, is analyzing satellite data on farm fires from Punjab and Haryana to identify and deal with the culprits. The Indian Agricultural Research Institute has proposed a low-cost way to deal with the problem of stubble burning by spraying a chemical solution to decompose the crop residue and turn it into manure. Better coordination is needed. In 2013, when Singapore faced a record-breaking haze due to agricultural waste burning in neighboring countries, the Environment Agency and ministries of education and manpower together issued guidelines based on a Pollution Standards Index to minimize the health impacts of haze. Stubble burning has been banned or discouraged in China, the United Kingdom, and Australia.

Delhi, projected to be the world’s most populous city by 2030, is motivated by a sense of urgency. Facing a growing environmental and health calamity, antipollution efforts are being strengthened. But to succeed, the different levels of government must harness the political will to invest more, coordinate across boundaries, and motivate businesses and residents to do their bit.