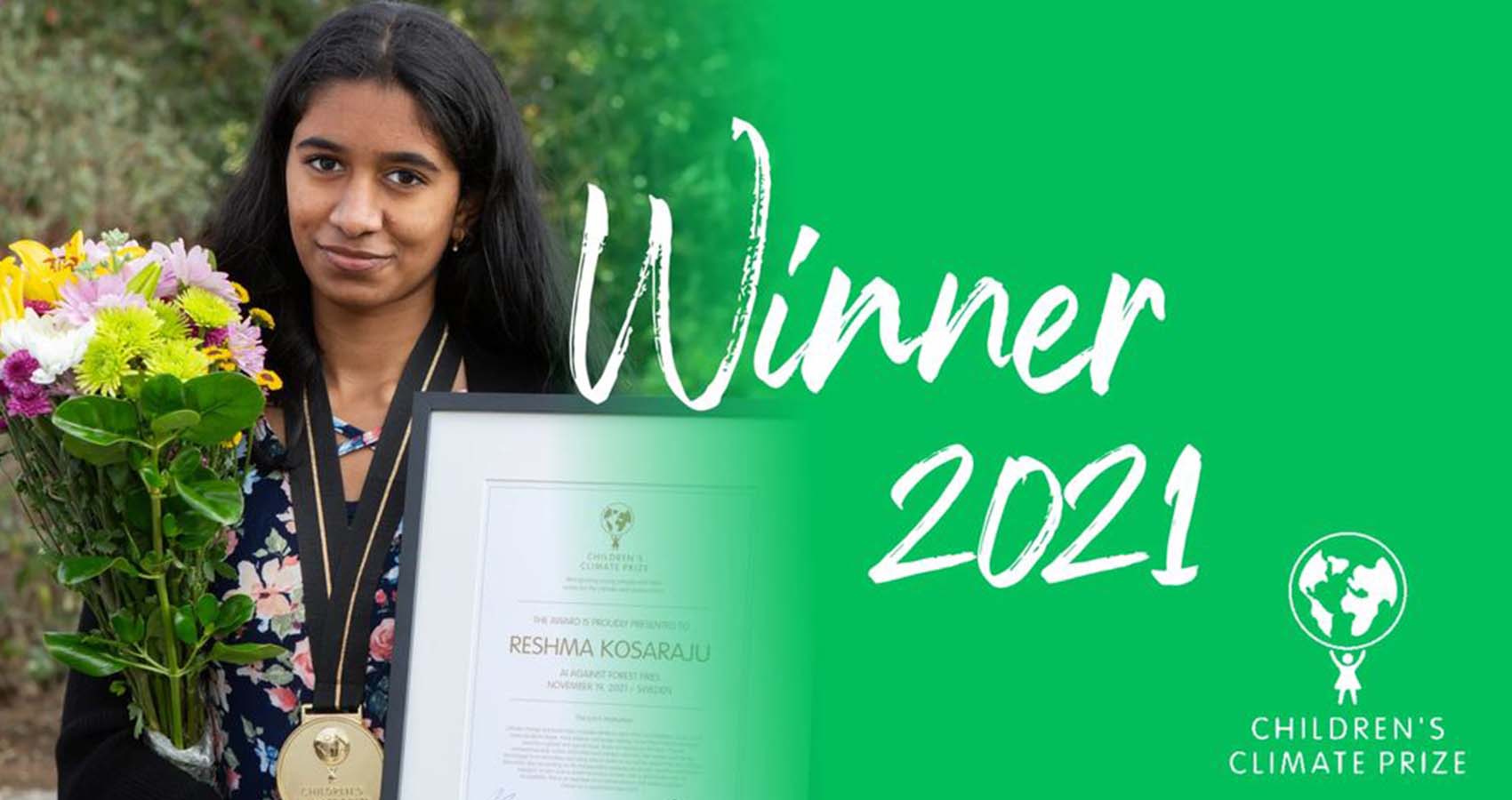 The Children’s Climate Prize is an international prize annually awarded to young people taking actions to bring sustainable solutions for the planet, according to the website of the organization.

Fifteen year-old Reshma Kosaraju’s project notes that fires are a natural part of a forest’s ecosystem, but the underlying conditions have changed.

The project, ‘AI against forest fires’ created by her can predict forest fires with almost 90% accuracy, said the press release.

Reshma uses open data, such as temperature, humidity, wind speed, soil moisture and human behavior to, with the help of AI, calculate where and when the probability of a forest fire occurring is greatest.

“Reshma hopes the Children’s Climate Prize will draw attention to her project, so that more people can become aware of the AI model’s existence,” the website said.

Climate change and forest fires mutually reinforce each other and wildfires, today, are in many locations larger, more intense and longer lasting. Forest fires have increasingly become a global and topical issue.

Reshma represents the best of youth entrepreneurship: brave, innovative and solution-oriented. Her model uses AI and technology in an innovative and savvy way in order to accurately predict the risk of forest fires while also accounting for the independent variables of climate, weather and human behavior. A clear and scalable business concept, with a global approach to accessibility. This is an example of an extraordinary and creative solution based on a systemized approach.

The prize celebrates and sheds light on young innovators, entrepreneurs, changemakers and conservators in order to spread hope and inspire others, the website said.

The Children’s Climate Foundation awards the prize annually, works for a long-term perspective and makes it possible for others to partner in the initiative.

The winners of the Children’s Climate Prize are celebrated at a gala event in Stockholm, Sweden. They receive a diploma, medal and prize money of SEK 100,000 to continue developing their projects.

The Children’s Climate Prize was founded in 2016 by Telge Energi, the Swedish frontrunner in renewable energy. Winners over the last several years have been of Indian origin – Aadya Joshi, 17, of Mumbai, in 2020 for her project ‘The Right Green’ on deforestation; Vinisha Umashankar,13, of Tiruvannamalai, Tamil Nadu, also in 2020, for her project ‘The Solar Ironing Cart’; Shreya Ramachandran, 16, of Fremont, in 2019 for her project ‘The Grey Water Project’’; and Nav & Vihaan Agarwal, 12 and 15 years old respectively, also in 2019, for their project ‘One Step Greener.’