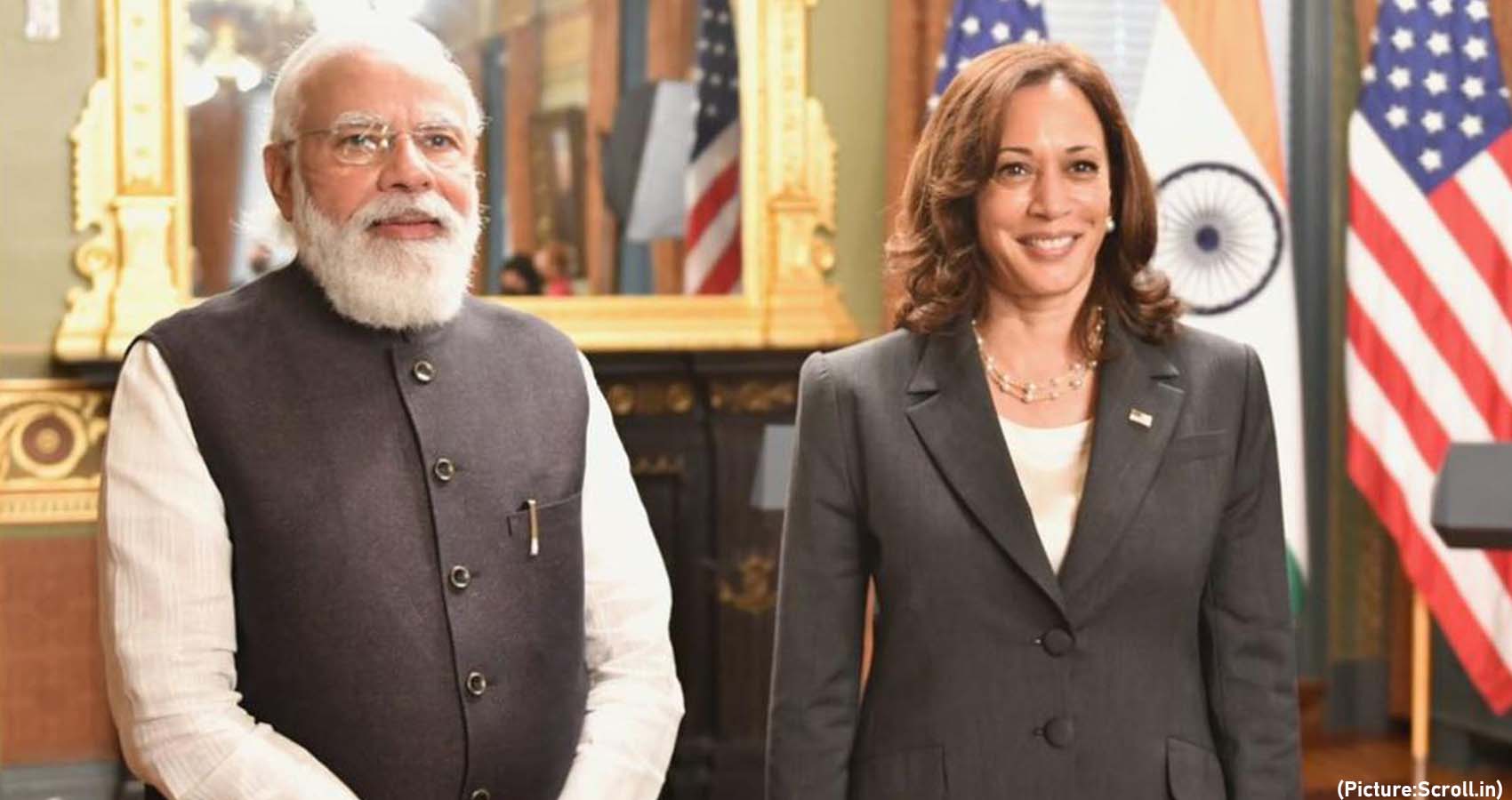 “India, of course, is a very important partner to the United States.  Throughout our history, our nations have worked together, have stood together to make our world a safer and stronger world,” Harris said

In what can be considered a historic moment, American Vice President Kamala Harris, the first Indian-American in the history of this country to occupy that position, held a one-on-one meeting Sept. 23, 2021, with India’s Prime Minister Narendra Modi who was visiting the United States for bilateral, multilateral and United Nations General Assembly meetings from Sept. 22-25. 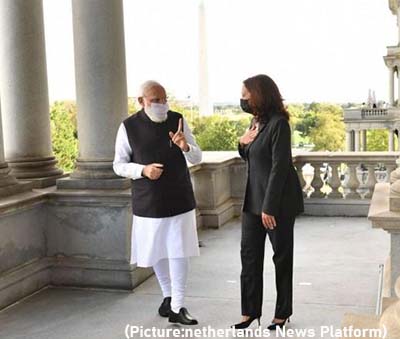 Harris praised India for stepping forward to help other countries with vaccines at the outset of the pandemic. Prime Minister Modi praised the leadership of the new administration in overcoming challenges besetting the country.

“India, of course, is a very important partner to the United States.  Throughout our history, our nations have worked together, have stood together to make our world a safer and stronger world,” Harris said in her opening remarks at the White House meeting. “Early in the pandemic, India was a vital source of vaccines for other countries.  When India experienced a surge of COVID in the country, the United States was very proud to support India in its need and responsibility to vaccinate its people,” the Vice President said.

The bilateral discussions between the two delegations, were “substantive” and lasted more than an hour, Foreign Secretary Harsh V. Shringla said at a press briefing later on. Subjects discussed ranged from Covid-19, climate change, terrorism, education exchange, technology cooperation, space and cyber technologies in particular. In the context of terrorism, Shringla said, Vice President Harris recognized the terror elements operating from Pakistan. She noted that both U.S. and India had been the victims of terrorism for decades, and urged Pakistan to restrain terror elements active within its borders.

Modi’s comments lauded the work of the new administration. “President Biden and yourself, you took up the leadership of the United States in a very challenging atmosphere and challenging times, but within a very short period of time, you have had many achievements to your credit, whether that be COVID, climate, or the Quad.  On all these issues, the United States has taken very important initiatives,” said Modi.
Harris welcomed India resuming vaccine exports, and expressed admiration for the 1 million a day vaccines being administered in that country. On the issue of the climate crisis, she said, “I know that India and you take this issue quite seriously.  The President and I believe very strongly that the United States working together with India can have not only a profound impact on the people of our respective nations, but on the world itself,” Harris said.

And as it relates to the Indo-Pacific, “the United States, like India, feels very strongly about the pride of being a member of the Indo-Pacific, but also the fragility and the importance and strength as well of those relationships, including maintaining a free and open Indo-Pacific,” she said.

Neither leader mentioned China by name although it is concern over that Asian giant’s potential ambitions in the Indian and Pacific oceans that has led to The Quad coming together.

Harris also addressed the issue of human rights, saying, “it is imperative that we defend democratic principles and institutions within our respective countries and around the world and that we maintain what we must do to strengthen democracies at home. And it is incumbent on our nations to, of course, protect democracies in the best interest of the people of our countries,” she said.

The two leaders also dwelt on the personal connection that Harris has to India where her mother immigrated to the U.S. and where the Vice President’s extended family lives. “I know from personal experience and from my family of the commitment of the Indian people to democracy and to freedom and to the work that may be done and can be done to imagine and then actually achieve our vision for democratic principles and institutions,” Harris said.

Modi recalled their past telephone conversation when the Biden administration came into office in January this year. “We had a detailed discussion at that time.  And the way you spoke to me so warmly and so naturally, I will always remember that.  Thank you so much,” said Modi, adding that it felt “like a family, the sense of kinship and so warmly you extended a helping hand, the words that you chose when you spoke to me… I will always remember that…”

“Between India and the U.S., there are very vibrant and strong people-to-people connections that we have.  You know that all too well.  More than 4 million people of Indian origin, the Indian community is a bridge between our two countries — a bridge of friendship.  And their contribution to the economies and societies of both our countries is indeed very praiseworthy,” Modi said, and her election to the high office was “such an important and historic event.”

“I am completely confident that under President Biden and your leadership, our bilateral relationship will touch new heights,” Modi asserted, adding that people in India were waiting to welcome Harris, extending her a special invited to visit India.