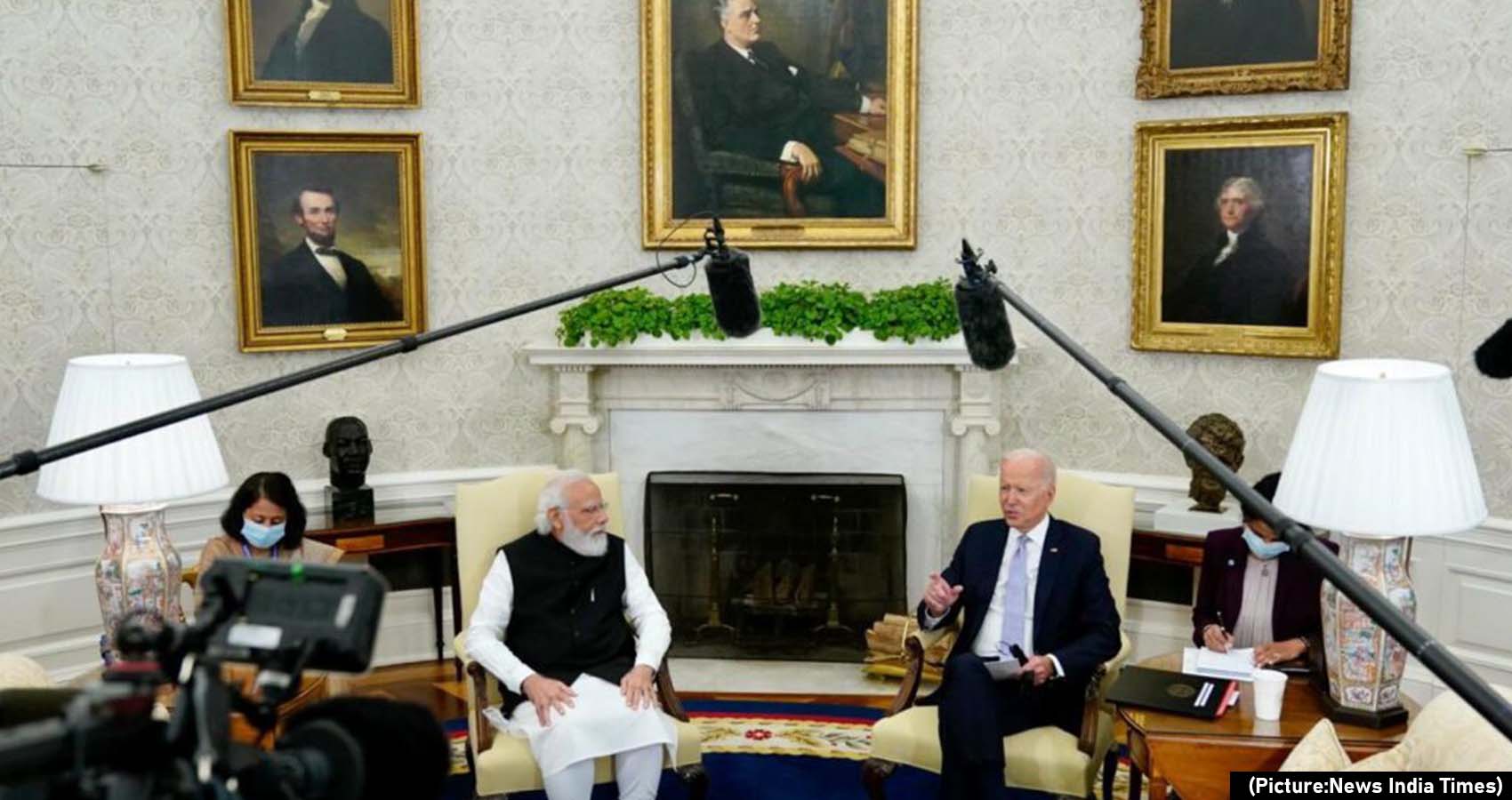 “I think that the relationship between India and the United States, the largest democracies in the world, is destined to be stronger, closer and tighter, and I think it can benefit the whole world,” President Joe Biden

“I think that the relationship between India and the United States, the largest democracies in the world, is destined to be stronger, closer and tighter, and I think it can benefit the whole world,” President Joe Biden said at the Oval Office about the face-to-face bilateral meeting between President Joe Biden and Prime Minister Narendra Modi, held on Sept. 24, 2021. “And, I think that’s begun to come to pass and today we’re launching a new chapter in the history of US-Indian ties and taking on some of the toughest challenges we face together, starting with a shared commitment to ending the Covid pandemic,” the President asserted. 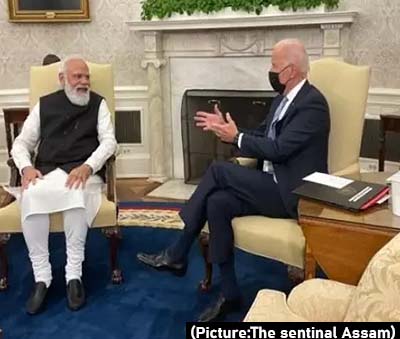 Modi echoed the sentiments. “Today’s bilateral summit is important. We are meeting at the start of the third decade of this century,” said Prime Minister Modi. “Your leadership will certainly play an important role in how this decade is shaped. The seeds have been sown for an even stronger friendship between India and USA,” he added. “The Prime Minister and I are going to be talking today about what more we can do to fight Covid-19, take on the climate challenges that the world face(s), and ensure stability in the Indo-Pacific, including with our own Quad partners,” President Biden detailed.

“Of course our partnership is more than just what we do. It’s about who we are. It’s rooted in our shared responsibility to uphold democratic values, our joint commitment to diversity, and it’s about family ties, including 4 million Indian-Americans who make the United States stronger every single day,” President Biden said, a statement certain to gladden the hearts of the community. Modi extolled the 4 million-strong Indian-American talent and its contribution to the U.S. economy, and said such People-to-people exchanges would continue to grow. “I thank you for the warm welcome accorded to me and my delegation. Earlier, we had an opportunity to hold discussions and at that time you had laid out the vision for India-US bilateral relations. Today, you are taking initiatives to implement your vision for India-US relations,” Modi said.

Biden also mentioned Gandhi Jayanti which will be celebrated Oct. 2 to recognize Mahatma Gandhi’s birth. “As the world celebrates Mahatma Gandhi’s birthday next week, we’re all reminded that his message of nonviolence, respect, tolerance matters today maybe more than it ever has,” said Biden. In his comments, Modi, responding to President Biden’s reference to Oct. 2 birth anniversary of Mahatma Gandhi, emphasized the philosophy of ‘Trusteeship” of the planet that Gandhi espoused.

The U.S.-India relationship was crucial for the two countries and the world, during this decade, to implement this principle of Trusteeship, Modi said, While President Biden has spoken with Prime Minister Modi on the phone a number of times and has been in virtual summits, this was their first in-person meeting. They both attended the virtual summit of The Quad on March 12, 2021, and the Leaders Summit on Climate Change on April 22. Top Biden administration officials have been visiting India regularly – Defense Secretary Austin Lloyd to New Delhi from March 19-21; Special Presidential Envoy for Climate John Kerry to New Delhi- April 6 to 8 and again September 11 to 14; and Secretary of State Anthony Blinken to New Delhi July 27-28.

Others who made the trek to New Delhi include Deputy National Security Advisor for Cyber and Emerging Technology Anne Neuberger from August 31 to September 1; and CIA Director Bill Burns after U.S. forces withdrew from Afghanistan. Visits of senior Indian officials to the U.S. over the past few months have included External Affairs Minister S. Jaishankar to Washington DC from May 26 to 29; and Foreign Secretary Harsh Vardhan Shringla to Washington DC from September 1 to 3.

Thanking the President for a “warm welcome, the Indian leader harked back to past interactions, “I recall our interactions in 2014 and 2016. That time you had shared your vision for ties between India and USA. I am glad to see you are working to realize this vision,” Modi said. He said he is confident that together the two countries could tackle the problems besetting the world. Modi predicted that the cooperation between the two countries would be ‘transformative’ for the world.

The seeds have been sown for Indo-U.S. cooperation, Modi noted. The tradition, the democratic values that both countries are committed to, and the importance of these traditions will only increase further, Modi predicted. Technology, he said, would be the driving force in today’s world – technology for the service of humanity. And in that context, trade would play a big part. U.S.-India trade, Modi said, was complimentary, with each country having things that the other country needs.