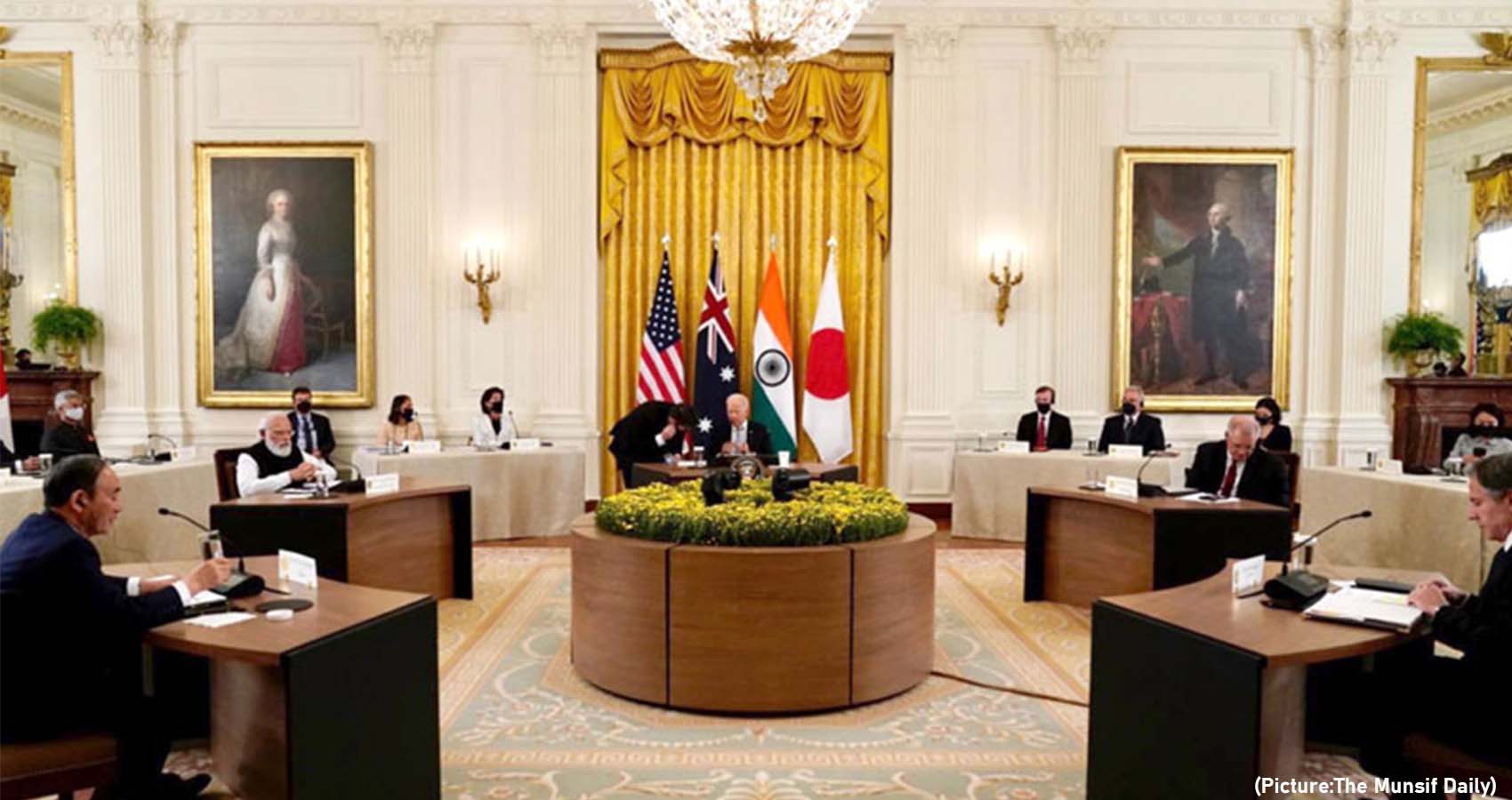 Prime Minister Narendra Modi and leaders from US, Australia and Japan attended the first in-person summit of Quad leaders and said that the four democracies would act as a “force for global good” and ensure peace and prosperity in the Indo-Pacific as well as the entire world.

Prime Minister Narendra Modi along with his counterparts from the US, Australia and Japan on September 24 attended the first in-person summit of Quad leaders hosted by U.S. President Joe Biden and said that he firmly believed that the grouping of four democracies would act as a “force for global good” and ensure peace and prosperity in the Indo-Pacific as well as the entire world. 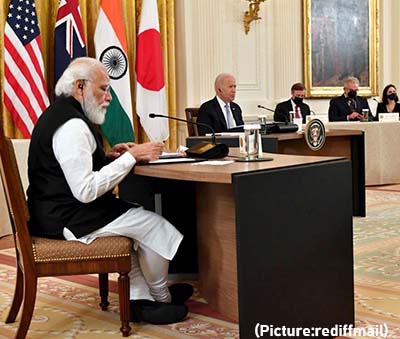 In November 2017, India, Japan, the U.S. and Australia gave shape to the long-pending proposal of setting up the Quad to develop a new strategy to keep the critical sea routes in the Indo-Pacific free of any influence, amidst China’s growing military presence in the strategic region.

Prime Minister Modi, in his speech called it a ‘historic meeting: promising that The Quad was going to be a “force for global good,” and will work for peace and stability. He recalled the four countries came together the first time after the major Tsunami destroyed so many coastlines in the Indo-Pacific, and now it is coming together as Covid is threatening the world, and “we have come together for humanitarian reasons.”

Opening the summit, Mr. Biden said the four democracies have come together to take on common challenges from COVID-19 to climate. “This group has democratic partners who share world views and have common vision for the future,” he said. “We know how to get things done and are up to the challenge,” he added. In a short and crisp opening address, Prime Minister Modi said that he was confident that “our participation in Quad will ensure peace and prosperity in the Indo-Pacific as well as the entire world”.

The four countries have common democratic values, Modi said, and have decided to take a positive approach on issues ranging from supply chain to Covid-19. ‘The Quad’ as it is referred to, was scheduled to touch upon a variety of subjects like 5G technology, climate change, critical infrastructure, supply chains and regional security. Afghanistan as well as North Korea’s ballistic missile launches were also expected to be important subjects of discussion. Senior Biden officials over the days leading up to the Quad summit, have been trying hard to word the message from the The Quad saying it “stands for something and not against something; it is not targeting any one country.”

The officials have also emphasized that The Quad does not have a military or security dimension to it. But its history says otherwise. Initiated in 2007 by then Japanese Prime Minister Shinzo Abe, the Quadrilateral Security Dialogue, or The Quad aimed to achieve the goal of peace and security in the region. However, the same year, the Quad nations, joined by Singapore took part in naval exercises, but then broke up when Australia withdrew from formal discussions in 2008. President Donald Trump revived The Quad in 2017. The group held its first foreign ministerial meeting in New York on September 26, 2019.

President Biden has now elevated the partnership from a ministerial level engagement to a summit, with a virtual meeting taking place March 12, 2021, where the four leaders discussed COVID-19, climate change, and security challenges like North Korea. After the first meeting, the Quad announced the launch of three senior-level working groups: the Quad Vaccine Experts Group, the Quad Climate Working Group and the Quad Critical and Emerging Technology Working Group.

According to officials, the Sept. 24 meeting of the The Quad would result in new initiatives on space; sharing information on illegal fishing and on issues associated with maritime domain awareness;  taking steps to help monitor climate change and promote a variety of issues associated with estuaries and fisheries; a “robust” cybersecurity effort which is already underway with the State Department but which will be enhanced to the leader level; taking steps to bolster critical infrastructure resilience against cyber threats;  and advancing a very high-level group on specific capabilities and technologies.

Japan’s business publication Nikkei reported last week that a draft of the Quad summit joint statement would “agree to work toward creating a safe supply chain for semiconductors.” Speaking at the UN on Tuesday, Biden has said that the Quad would be elevated to meet challenges in emerging technologies, among others. India’s goals of inviting hi-tech manufacturing mesh with the US and the Quad plans. Other critical issues like vaccine deliverables and health cooperation, green shipping, and infrastructure are also part of The Quad’s cooperation agenda.