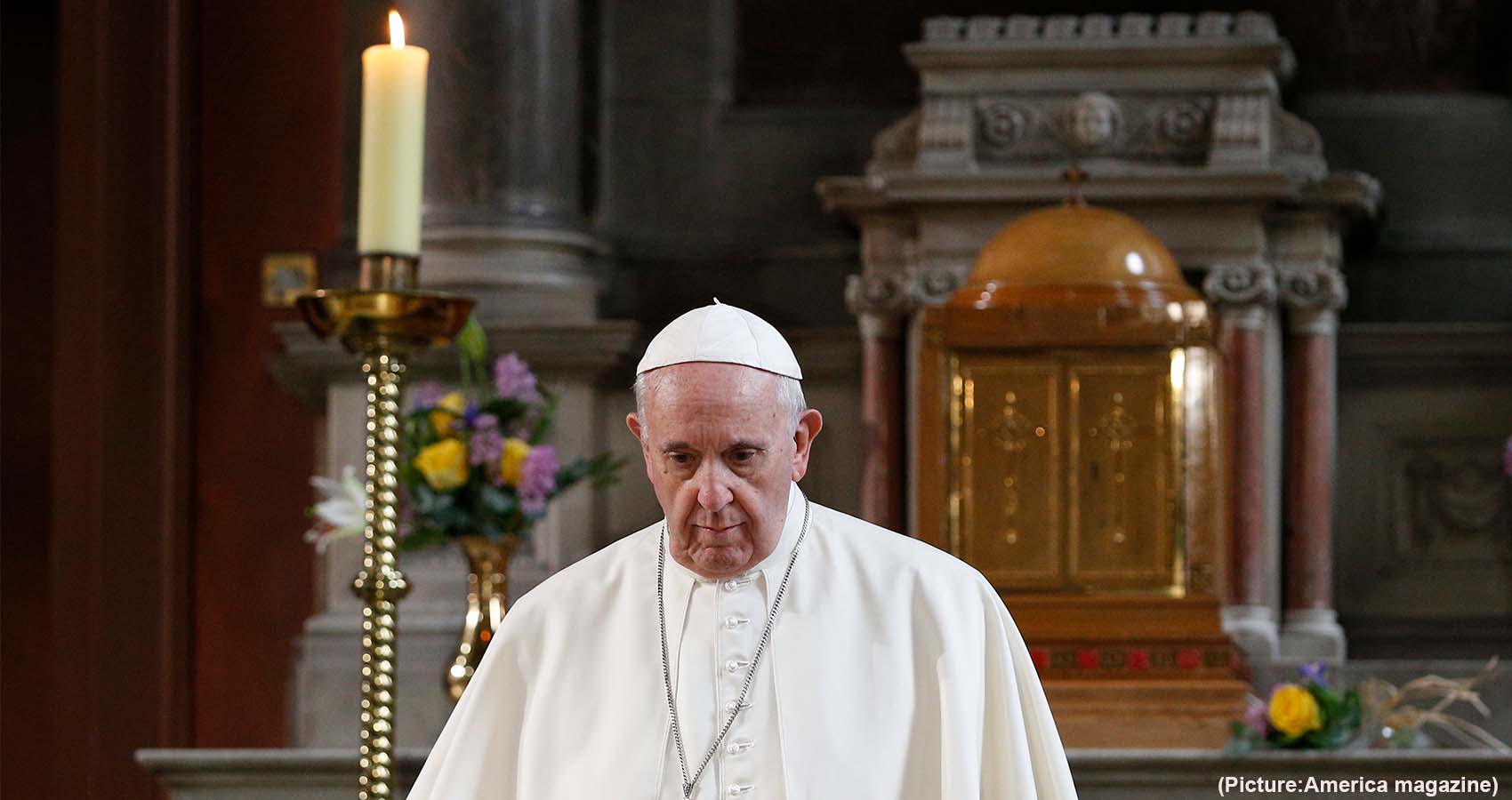 “Whenever a pope is ill, there is always a breeze or a hurricane of conclave,” the 84-year-old Francis quipped during the interview with Carlos Herrera of the Spanish radio COPE that aired Wednesday (Sept. 1). Later in the interview, the pope acknowledged that “the danger is always there” for his words to be interpreted mistakenly. “I don’t know where they got it from last week that I was going to resign!” Francis said, adding that the thought “didn’t even cross my mind.” Still, the pope voiced gratitude for the health professionals who treated him during his surgery and recovery. “Thank God it was taken in time, and here I am,” Francis said, noting that it was a Vatican nurse who first diagnosed the ailment that required surgery. “It is the second time in my life that a nurse has saved my life,” he said, recalling that a nurse in Argentina administered antibiotics for him when he was sick with the flu in 1957. 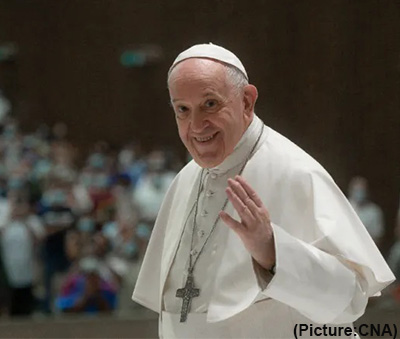 In an hour-long, wide-ranging interview, Pope Francis addressed the consequences of the U.S. retreat from Afghanistan, relations with China and his ongoing efforts to reform the Catholic Church, while dismissing rumors that he would be the second pope in eight years to resign. The rumors began circling in Italian and Latin American media outlets after a planned surgery on July 6 to remove part of his left colon and the following hospital stay of a total of 11 days. The pope will be traveling to Hungary and Slovakia Sept. 12-15 and is scheduled to visit Glasgow, Scotland, for the COP26 summit on the environment. Francis said he hopes the meeting of world leaders “will now raise its sights a bit and bring us more in line” with environmental goals, after the tepid reception of the Paris Agreement signed in 2016.

The pope also addressed the “difficult situation” in Afghanistan, which has spiraled into chaos after the retreat of U.S. troops in mid-August. Since then, the Catholic Church has been active in providing charitable aid and humanitarian corridors to help Afghans seeking a safe haven elsewhere. “Not all eventualities were taken into account here … or it seems, I don’t want to judge,” Francis said, suggesting that there may have been “a lot of deception perhaps on the part of the new authorities” in the war-torn country. The pope repeated his call for Catholic faithful to commit to “prayer, penance and fasting, which is what is asked for in moments of crisis.”

The pope quoted Russian President Vladimir Putin, though he mistakenly attributed his words to German Chancellor Angela Merkel, stating that “it is necessary to put an end to the irresponsible policy of intervening from outside and building democracy in other countries, ignoring the traditions of the peoples.” The misquoted words were “concise and conclusive,” the pope said, and rang with “wisdom.” A large part of the interview was dedicated to Francis’ financial and administrative reforms at the Vatican. His efforts, and those of his predecessors, will be enshrined in a long awaited apostolic constitution, “Praedicate Evangelium” (Preach the Gospel).“It’s nearly finished, but it got delayed with this thing about my illness,” the pope said, adding that people mustn’t hold their breath in the hopes of something new.

Asked whether the devil is responsible for the corruption being investigated at the Vatican, Francis said that “the devil runs around everywhere, but I’m most afraid of the polite devils.” On July 27, the Vatican began a trial against 10 individuals accused of fraud, money laundering and embezzlement, among other crimes. Among them is Cardinal Angelo Becciu, once the third-highest-ranking prelate at the Vatican.   “I hope with all my heart that he is innocent,” Francis said of Becciu, whom he stripped of his cardinal rights but not his title in September of last year. The pope said that he has regard for Becciu personally and views him as a collaborator, but that ultimately “justice will decide.” “I am not afraid of transparency or the truth. Sometimes it hurts, and a lot, but the truth is what sets us free,” the pope said about his decision to proceed in the trial. “Let’s hope that these steps we are taking in Vatican justice will help to make these events happen less and less,” he added.

He addressed the tensions surrounding his latest decree, “Traditionis Custodes,” which greatly restricted the celebration of the pre-Vatican II Mass in Latin. Explaining the process of discernment that preceded the document, the pope said that bishops found that the traditional Mass was being transformed “from a pastoral thing to ideology.” According to the pontiff, the old Latin rite was no longer serving communities in transition from an old way of doing things to the modern liturgy that emerged from the Second Vatican Council, but to indoctrinate young priests. “We had to react with clear norms,” Francis said, “clear norms that put a limit to those who had not lived that experience.”

The pope also briefly addressed the diplomatic relationship between the Vatican and China, which recently renewed a provisional agreement that also tackles the controversial issue of bishop appointments. “China is not easy, but I am convinced that we should not give up dialogue,” the pope said, while admitting that “you can be deceived in dialogue, you can make mistakes, all that … but it is the way.” Francis said that “slowly” progress has been made in the tense relationship with Beijing, “but these are also steps that can be questionable and the results on one side or the other.”