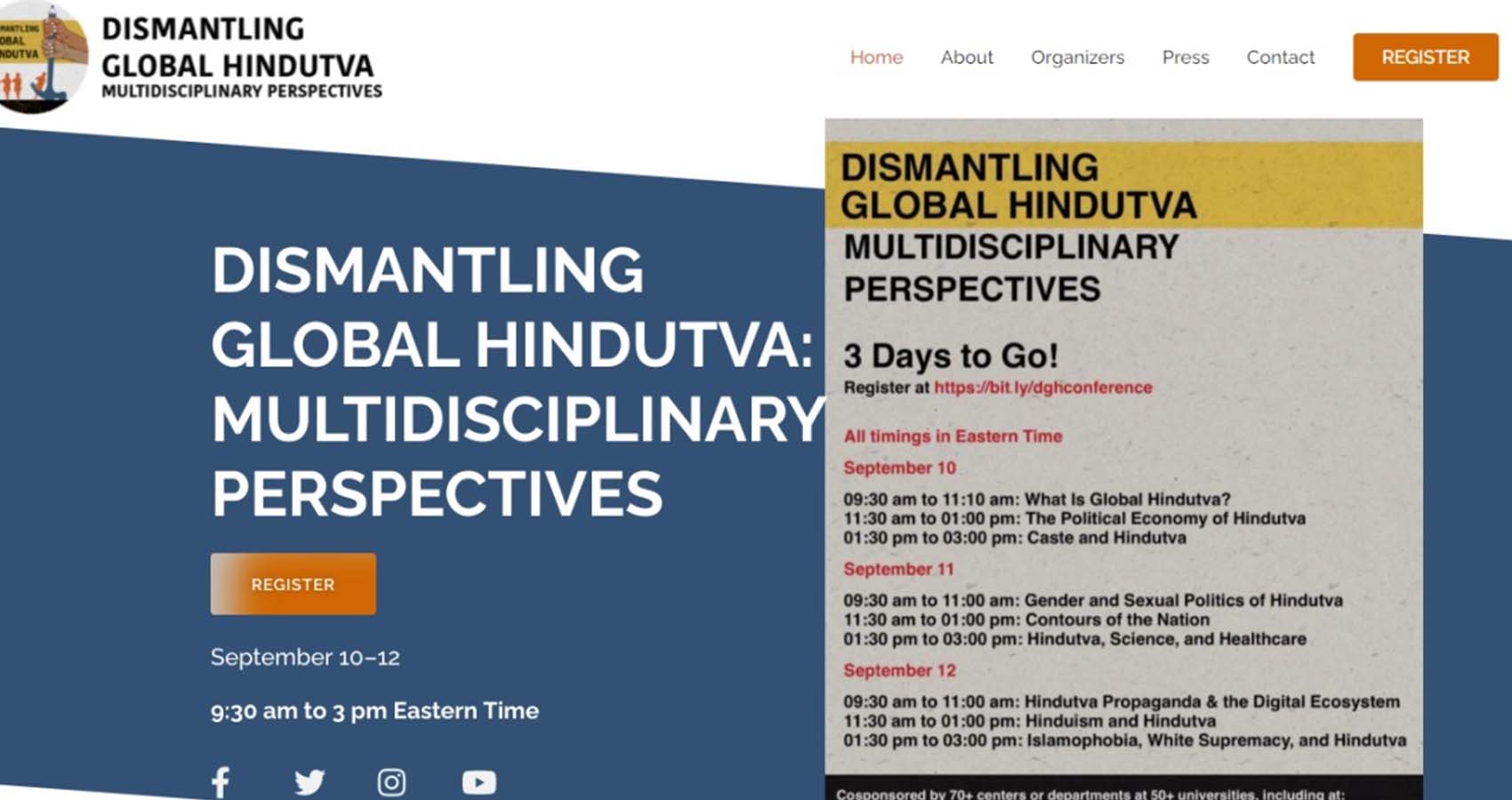 Meanwhile, Hindu Mandir Executives’ Conference, known as HMEC, is continuing with its campaign to stop the conference. “Hindutva is Hindu + Tattva, or essence of Hindu dharma.  It is a manifestation of Hindu dharma in our daily lives inspiring us to reach out in compassion to all creatures beyond our individual selves.  There is, however, a concerted effort to malign this term and under its guise to attack Hindus,” HMEC said. “For example, the previous attempt in this series was, “Holi Against Hindutva” on campuses two years ago.  The same group is already contemplating, “Diwali Against Hindutva”.  This attack on Hindutva is along the lines of various attempts to divide American Hindus based on “caste”. Conference organizers are hosting panels on a number of topics, including Caste, Gender and Sexuality, Political Economy and Propaganda, among others. “Trolls belonging to extremist groups have openly threatened violence against speakers and their families. We unilaterally condemn all such efforts to intimidate and harass individuals,” conference organizers have said.

“Given that so much misinformation has been spread, we want to reiterate: No speaker is being paid to take part in the conference. Speakers have been invited on the strength of their scholarly research or their work as public intellectuals.” “All speakers are experts on South Asia. Within that framework, the conference program covers a range of topics and questions, as can be seen on our website. This conference is an entirely academic endeavor, organized by professors who study India and are based at the various North American and European universities listed on our website.” Cosponsoring faculty include: Gyanendra Pandey (Emory), Partha Chatterjee (Columbia), Sudipta Kaviraj (Columbia), Ashley Cohen (USC), Anustup Basu (UIUC), Zahid R. Chaudhary (Princeton), Ben Conisbee Baer (Princeton), Anjali Arondekar (UC Santa Cruz), Poulomi Saha (UC Berkeley), Suchitra Vijayan (Polis Project), Gyan Prakash (Princeton), Chandrima Chakraborty (McMaster), Ajay Parasram (Dalhousie).

“The conference aims to examine the beliefs and actions that constitute Hindutva, a political ideology that originated in the early twentieth century. Hindutva seeks to reduce the myriad practices of Hinduism to a singular notion of Hindu power in a putatively Hindu motherland. The conference will highlight the transnational and global implications of Hindutva, including its growing reach in the Indian diaspora. Panels (listed on our website) will explore a variety of interlinked topics that address the phenomenon of Hindutva,” conference organizers said.  “Scholars, journalists, and activists will examine the historical development of Hindutva, the fascist dimensions of the ideology, its alignment with other supremacist movements, and its stakes across a range of political, socio-cultural, and economic issues. The conference will also examine histories of dissent against Hindutva. Dalit and Feminist traditions have long resisted the singular narrative of Hinduism adopted by Hindutva ideologues. A broader coalition of activists from progressive communities have mobilized to enable both material and ideological divestment from Hindutva. Drawing inspiration from such collectivities, we expect to discuss resources for anti-Hindutva pedagogy.”

“The conference has also received letters of support from over 40 community organizations in the global Indian diaspora, as well as letters of support from scholars of genocide, mass violence, and human rights. All letters of support are available on the conference website. Not a single serious scholar has opposed the conference, or indeed supported the canard that Hinduism is under attack.” Hindu group HMEC said that it is shocking that the “Dismantling Global Hindutva” event is supposedly sponsored by forty-five Universities and/or various departments or institutes within these universities. “The Universities are supposed to be space spaces for Hindu youth.  However, there is no question that this conference will make it much less safe for them,” HMEC said, urging it supporters and followers to sign a  collective letter on behalf of temple or as a temple leader.  The letter is available at: https://hmec.info/hmecletter