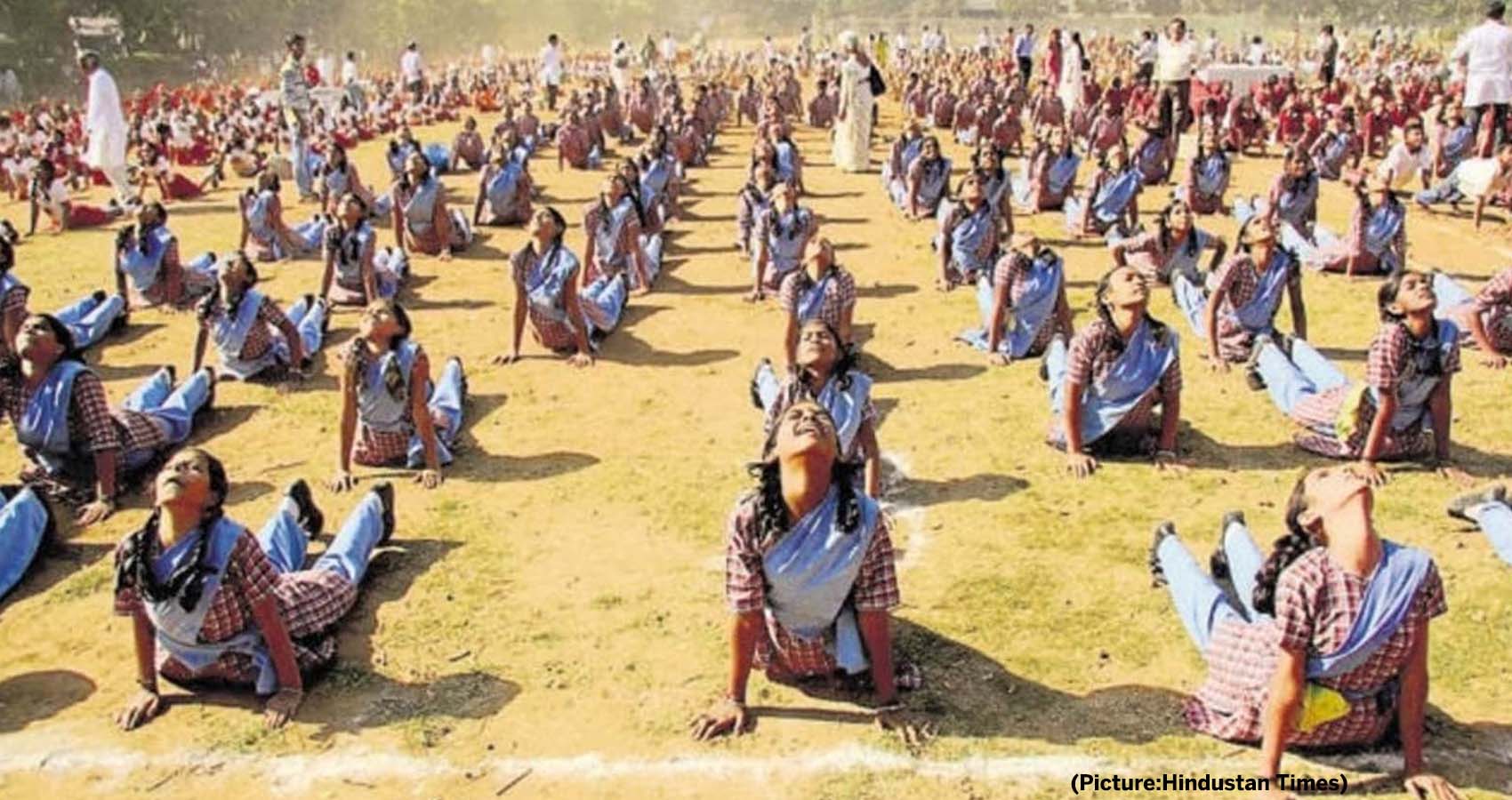 The Surya Namaskar’s significance is all the more critical on the auspicious occasion of Makar Sankranti. It is celebrated to worship the Sun God and is the beginning of the harvest season for farmers. In light of this, the Ayush Ministry organised an event dedicated to the transitional movement of the sun as it moves towards the North. “Surya Namaskar has a profound impact on the physical, mental and spiritual well-being of humans,” Sarbananda Sonowal, India’s Minister for AYUSH said.

The sun will rise a little to the north on Makar Sankranti, January 14, bringing along many messages of cultural, spiritual and agricultural significance for the country. The word “sankranti” signifies transitional movement, the movement for betterment within and without, transitions on a cosmic level and in the zodiac signs.

The Ministry of Ayush has decided to utilize this occasion to reach out to humanity with a special and topical message of rejuvenation through the surya namaskar — the set of yoga asanas used to “salute” the sun. 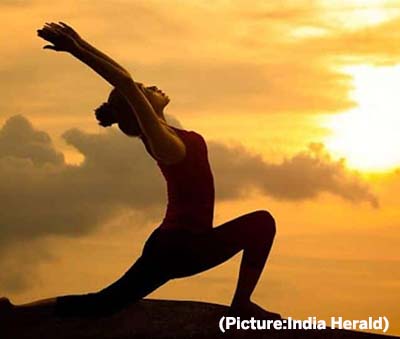 Thirteen rounds were conducted on the DD National channel between 7 and 7:30 am. Many leading Yoga gurus and institutes like the Indian Yoga Association, National Yoga Sports Federation participated. In his address, Sonowal highlighted the advantages, “Scientifically, the Surya Namaskar has been known to develop immunity and improve vitality, which is significant to our health during the pandemic conditions.”

Calling the sun as the primary source of energy, it provides essential Vitamin D in the body and has been recommended by several medical experts around the world. The minister also added that the initiative sends a special message. “The demonstration also intends to carry the message of climate change and global warming. In today’s world where climate consciousness is imperative, the implementation of solar energy will reduce carbon emissions that threaten the planet.”

Sarbananda Sonowal addressed the audience during the festival and explained the same benefits. A statement issued by the Ministry said, “On the auspicious day of Makar Sankranti and during the celebrations of Azadi Ka Amrit Mahotsav, the Ministry of AYUSH is hosting the first-ever global Surya Namaskar demonstration programme.” ‘Surya Namaskar For Vitality’ Around one crore people globally took part in the demonstration that took place virtually. Under the hashtag ‘Surya Namaskar for Vitality’, Twitter was buzzing with activity as many shared videos of them in action.

Considering the importance of yoga, the Ministry of AYUSH has dedicated due resources towards its growth and development — along with naturopathy — under the ambit of Indian traditional medicine systems. Furthermore, in a bid to popularise yoga at the global level, it has also been recognised as a competitive sport. The International Yoga Sports Federation (IYSF) has been constituted by the ministry and concrete steps are being taken to promote it as a sport at the international level.

Since 2014, when the International Day of Yoga was recognised, the event has grown each year, with greater international participation. As a part of its commitment to promote yoga on a grand scale, the ministry is in the process of setting up a centre of excellence for Ayurveda and yoga in the United Kingdom. In order to further boost professional activity in the domain, the Ministry of AYUSH has constituted the yoga certification board for yoga professionals and  accreditations to the institutions.

Building upon the “whole of government” approach of PM Narendra Modi, a surya namaskar demonstration program is being launched in line with the tribute to 75 years of India’s independence, Azadi ka Amrit Mahotsav. The AYUSH ministry has not only engaged other ministries and state governments but has involved all major stakeholders in the global yoga fraternity in this mass demonstration program.

Surya namaskar is a combination of eight asanas performed in 12 steps. The beauty of these asanas is that all age groups can perform them without much difficulty and their regular practice makes the whole system resilient. I will not go into the details of the benefits of performing regular surya namaskars here but would just like to remind the reader that a practitioner, like myself, is bound to feel energised, with overall well-being, throughout the day, thus saving personal and national expenditure on health-related issues to a great extent.

I am sure that this Makar Sankranti will herald the beginning of a novel resolve from the global community in making natural resources of energy, like the sun and the surya namaskar, our best and most dependable friends. This will help our planet in more ways than one.