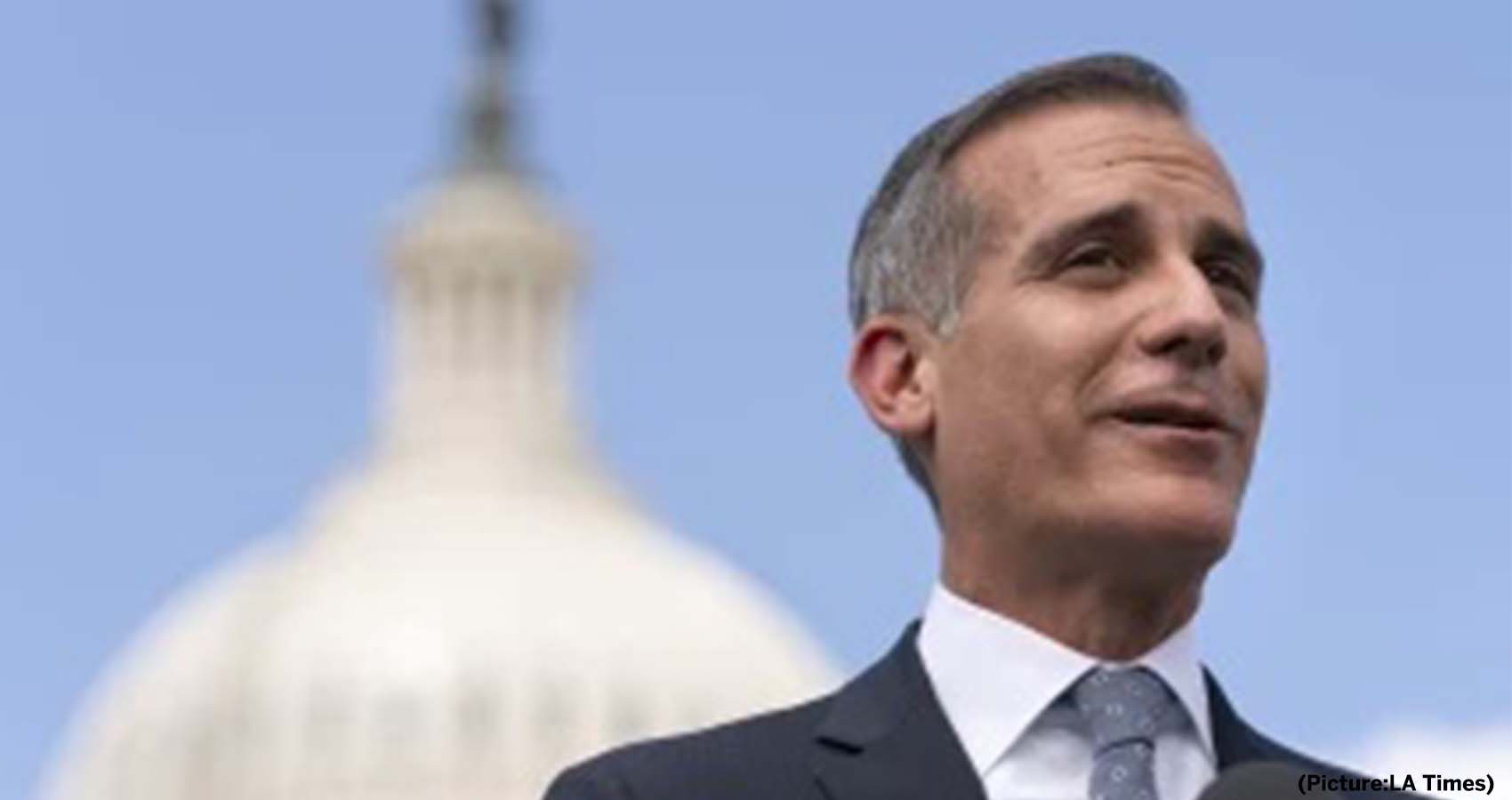 Ending many months of waiting, the US Senate Foreign Relations Committee on Wednesday, January 12th confirmed the nomination of Los Angeles Mayor Eric Garcetti to be US ambassador to India, during a session chaired by Sen. Menendez of New Jersey. The committee is made up of 22 senators — an even split of Democrats and Republicans. Now, the nomination needs to be confirmed by a majority of the U.S. Senate and the vote is yet to be scheduled.

The mayor was nominated to be an ambassador by President Biden, who announced the nomination on July 9, 2021. Garcetti was among a series of ambassadors and other foreign affairs nominees approved Jan. 12, 2022. Although individual senators raised public objections to some of the nominees, none did to Garcetti’s selection.

During his appearance before the committee on December 14, Mayor Garcetti was questioned by lawmakers weighing his nomination to become the U.S. ambassador to India. Garcetti during his testimony gave a statement followed by questions from lawmakers of the Senate Foreign Relations Committee.”Few nations are more vital to the future of American security and prosperity than India,” Garcetti told the committee. 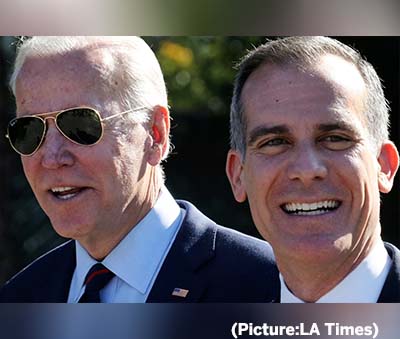 Earlier last month, US Senate Foreign Relations Committee chaired by Sen. Menendez, D-N.J., along with only a handful of Democrats and two Republicans, stressed how Washington sees India as a key partner in its effort to push back against China’s expanding power and influence.

“If confirmed, I will endeavor to advance our ambitious bilateral partnership united by a free and open, and inclusive Indo-Pacific region,” Garcetti had said in his remarks. “I intend to double-down on our efforts to strengthen India’s capacity to secure its borders, defend its sovereignty, and deter aggression – through information sharing, counterterrorism coordination.”

Known to be President Biden’s close aide, Garcetti is a political appointee who in the past has served as a co-chair of Biden’s presidential campaign. In announcing his nomination, the White House emphasized Garcetti’s role in co-founding the bipartisan “Climate Mayors” network and in leading more than 400 U.S. mayors to adopt the Paris Climate Agreement.

According to sources, the White House strongly considers Garcetti to have a steady hand to guide the India US relationship because Washington sees India as a key partner in its effort to push back against China’s expanding power and influence.
A Biden loyalist, Garcetti has served as mayor of Los Angeles since 2013. He has a master’s degree in international affairs from Columbia University and he studied international relations as a Rhodes scholar at Oxford University.

The White House statement released earlier this year said Garcetti had spent 12 years as an intelligence officer in the U.S. Navy Reserve Component, serving under the commander of the U.S. Pacific Fleet and with the Defense Intelligence Agency, before retiring in 2017 as a lieutenant.