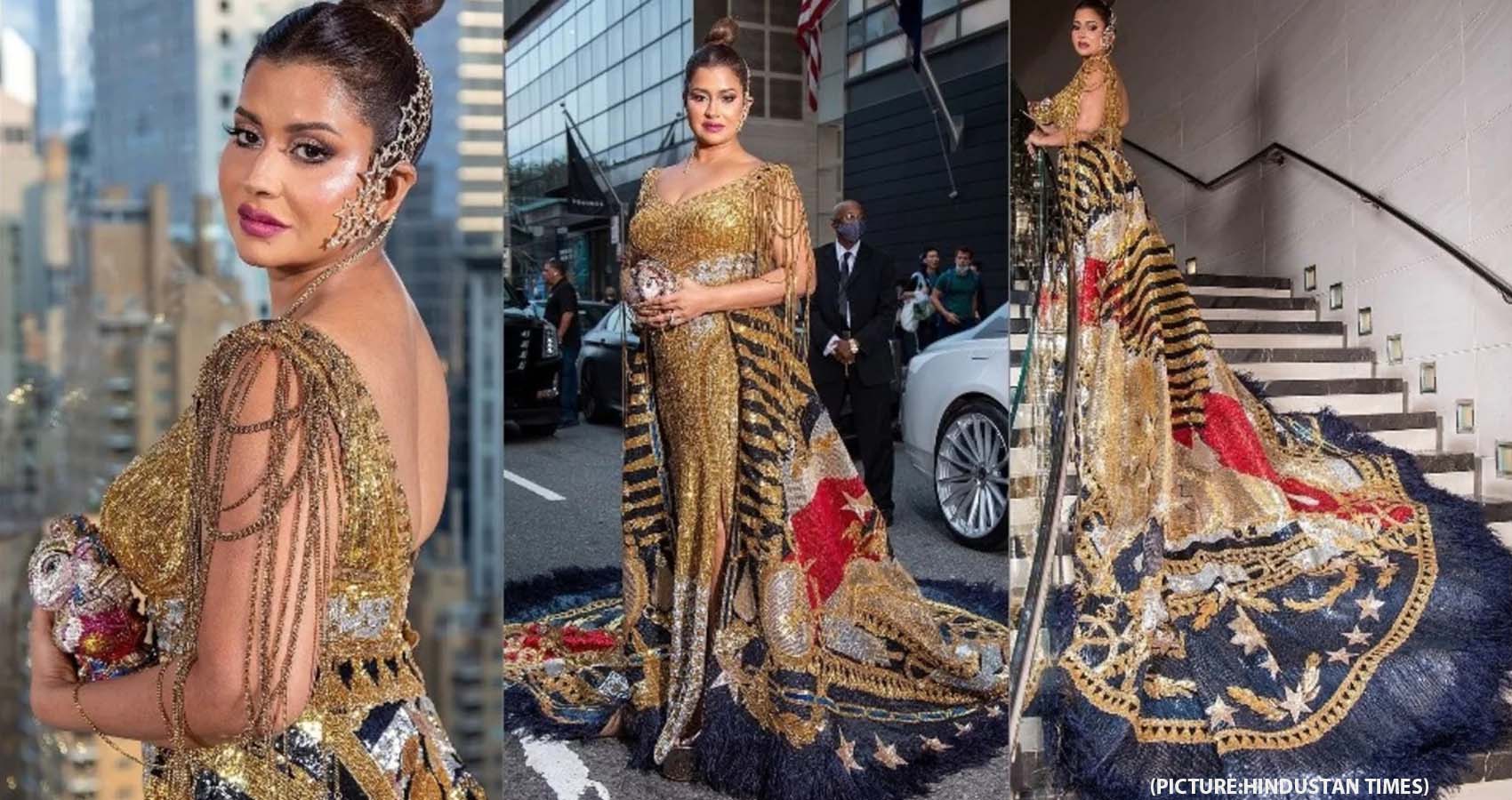 Fashion’s biggest extravaganza, The Met Gala 2021, made a comeback with a vengeance after a skip in 2020 due to the pandemic. The theme for this year’s gala was ‘In America: A Lexicon of Fashion’, and as usual in attendance were a long list of celebrities including actors, musicians and sportspersons. Many fashion houses and celebrities chose to dazzle with the dark side of fashion as capes, leather, face masks and all kinds of drama unfolded at the event, with black ruling the red carpet with its darker vibe. Met Gala regulars like Jennifer Lopez, Rihanna, Sharon Stone, Emily Blunt, Irina Shayk, Gigi Hadid and the Kardashian-Jenner siblings were spotted alongside debutantes like 18-year-old British tennis star Emma Raducanu who recently won the U.S. Open, Rose Leslie from “The Game of Thrones,” gymnast Nia Dennis and Justin and Hailey Beiber who walked the Met carpet together for the first time. 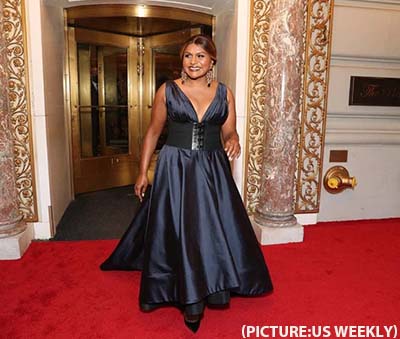 Indian American producer, actress, director Mindy Kaling also walked the Met carpet, wearing a Tory Burch-designed elegant silk dress with a high-low hemline, deep V-neck and cinching leather waist belt, according to vogue.in  The event, hosted by Vogue’s Dame Anna Wintour, is held annually at The Metropolitan Museum of Modern Art in New York City. At this year’s event, also known as the “Costume Institute Benefit,” there was Indian representation once again. Joining the megawatt celebrities was philanthropist and business tycoon Sudha Reddy. Wife of billionaire Megha Krishna Reddy of Hyderabad, this was Sudha Reddy’s maiden outing at the glamorous soiree. As a supporter of the fine arts and widely known for her charitable disposition, her presence at the 2021 Met Gala came as no surprise.

An avid connoisseur of art and fashion, Sudha Reddy is considered amongst the well-heeled jetsetters of South India. In the past Indian celebrities like Priyanka Chopra, Deepika Padukone, Isha Ambani and Natasha Poonawala have graced the event. Sudha Reddy has moved from ‘check philanthropy’ to ‘hands-on philanthropy’, as the Sudha Reddy Foundation has socially and economically empowered hundreds of people in Telangana. When she’s not spearheading the Megha Group of Industries and TruJet Airlines, she’s working towards affordable healthcare and accessible education. Widely celebrated for her charitable disposition, she was the only Indian to be invited to the Global Gift Gala and nominated for The Global Gift Empowerment of Women Award. With a commitment and vision to continually pledge out of her personal wealth, she handed over grants to two charities: ‘Action Against Hunger and Fight Hunger Foundation’ and ‘Breast Cancer Research Foundation’ in Paris with Elizabeth Hurley in attendance.

Normally held on the first Monday in May, for the first time since its inception, the Met Gala included two exhibitions. The first exhibition was held Sept. 13 at the Met, timed to coincide with the close of New York Fashion Week. Held annually to support the Met’s Costume Institute in New York City, the second half of the event will take place in May 2022. Each year, the Met Gala has a specific dress code that ties into the museum’s latest fashion exhibition theme. “In America: A Lexicon of Fashion” was the first exhibit’s theme and will open in the Anna Wintour Costume Center on Sept. 18; the second exhibit, “In America: An Anthology of Fashion,” in May 2022, will illustrate through style 300 years of historic narratives, both personal and political.

Keeping up with the year’s theme, Reddy donned her haute couture look by Indian designer duo Falguni Shane Peacock, who have dressed the likes of Beyonce, Madonna, Katy Perry, Rihanna, Nicki Minaj, Kim Kardashian, and Lady Gaga. Inspired by the American Revolution, the metallic gold body-hugging gown with its ‘au courant’ cuts entail a shimmering 4-meter flared trail that imbibes a medley of hues borrowed from the American flag and varnished with refined 3D adornments of Swarovski crystals, sequins and bugle beads. Falguni Shane Peacock, who has dressed Sudha Reddy on multiple milestone celebrations in the past, said, “It took us numerous sessions and more than 250 hours of labor to put together this spectacular statement work of art for our dear friend Sudha. We have focused on a lot of detailing and we employed the services of our skilled atelier artisans in order to ensure the outfit does full justice to Sudha’s eclectic persona. We have created a novel edgy military-inspired look that blends well with the overall theme of the Met Gala.”

Jewelry designer and gem maestro Farah Khan designed a custom-designed statement ear piece called ‘Dreamy Decadence’ to complete Reddy’s red-carpet look.Elaborating further about her eclectic creation, Farah Ali Khan added, “Drawing inspiration from the stars in the American flags that symbolize the 50 glorious independent states of America, I designed a sensual ear cuff with diamond-encrusted stars. I wanted to highlight Sudha’s expressive eyes and the contours of her face so I created this bejeweled piece that starts from her cheek and extends to her hair, culminating as a string of scintillating bezel set diamonds. It is crafted in 18-kt gold with 35 carats of VVS diamonds.”