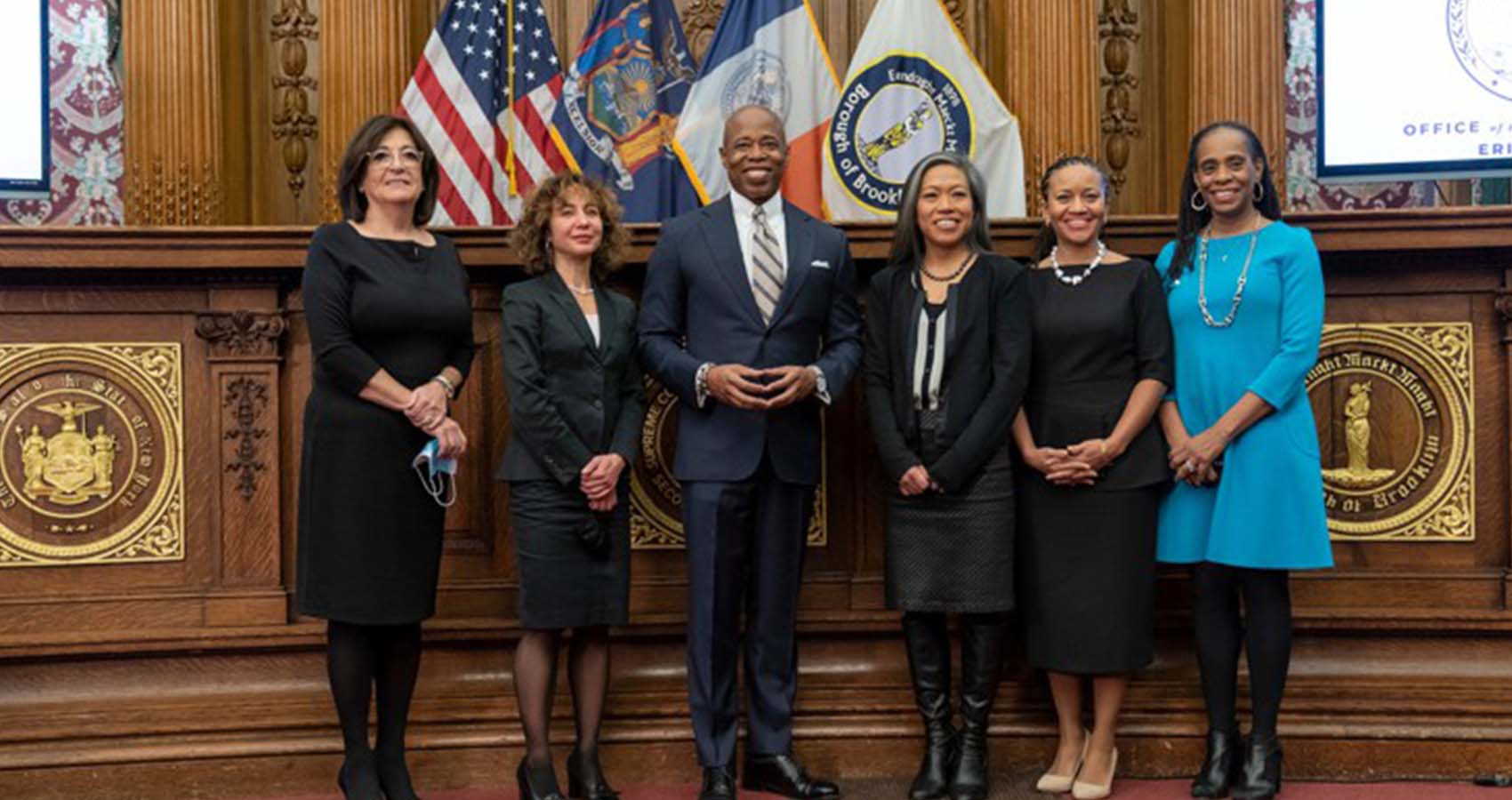 New York City’s Mayor-elect Eric Adams has chosen Indian-American Meera Joshi to serve as his Deputy Mayor for Operations, charting yet another historic milestone for the Indian-American community but also for one of the largest metropolitan areas in the world.

Joshi, who previously served as head of the city’s Taxi and Limousine Commission for five years, will be one of five women Deputy Mayors that Adams announced December 20, 2021. She will start in the new position around the end of January according to news reports.

“As Deputy Mayor for Operations, Meera Joshi will ensure that our City is able to respond in real time to meet and exceed the needs of every community and be a model of excellence for all urban centers,” Mayor-elect Adams tweeted. Mayor Adams created more history by announcing five women as his Deputy Mayors to administer the city.

Mayor-elect Adams, when announcing his five women deputies, tweeted out the following message – “For us to ensure that NYC recovers quickly while addressing the inequalities athat plagued us well before COVID-19 struck, we must have top leadership that can both deliver for and is representative of New Yorkers.”

“I am deeply honored to be selected by Mayor-elect Adams to carry out his mission together to build the heart and soul of New York, its infrastructure and its operations,” Joshi said in the Politico article. The publication also reported that Joshi thanked President Joe Biden and Transportation Secretary Pete Buttigieg for appointing her to the FMCSA role.

During her time as FMCSA’s acting administrator, Joshi said she wanted to eliminate truck drivers’ stressors and to make truck driver a more attractive long-term career. In November, she attended the Owner-Operator Independent Drivers Association Board of Directors meeting via videoconference.

“Some of the items that continuously come up since I started in January are all focused around the work-life balance of a truck driver,” she said. “We’re focused on safety, and to the extent that the work-life conditions aren’t there or they are not habitable, it does have a tremendous impact on safety. Overworked truck drivers, drivers who are dealing with roads and bridges that aren’t kept up, not having an adequate parking area, not having clean bathrooms, having to wait excessively while loading or unloading and not being paid.

“These are all stressors that we believe – and I think we will find agreement within this room – that have a direct connection to safety. So we’re focused on addressing some of these critical issues that underpin the ability of the industry to function safely on the nation’s roadways.”

Joshi is currently the Deputy Administrator of the Federal Motor Carrier Safety Administration (FMCSA). Most recently Joshi served as General Manager of the New York office of Sam Schwartz Transportation Consultants, and before that as chief regulator of New York City’s for hire vehicle industry.

“Under her leadership, New York City mandated the reporting of granular trip data from large app operators, which informed landmark data-driven safety reforms, enforceable pay standards for drivers and meaningful access to service for the disabled,” her profile on the transportation.gov says.

Joshi was named deputy administrator of FMCSA, which made her the de facto leader of the agency on Jan. 21. In April, President Joe Biden nominated Joshi to take the permanent role as administrator of the FMCSA. The Senate Commerce, Science and Transportation Committee advanced Joshi’s nomination through a 22-6 roll call in October. However, Joshi’s confirmation still hadn’t been approved by the full Senate.

Politico reported on Dec. 20 that Joshi will become New York City Mayor-elect Eric Adams’ deputy mayor of operations after he is sworn in on Jan. 1. Prior to being nominated by Biden, Joshi had been serving as acting head of FMCSA from January 20, 2021.

Joshi is not afraid to confront those in power when she disagrees, or make challenging decisions such as leaving the federal administration to take on a city job, albeit one that relates to an iconic global metropolis and financial capital of the world.

In 2019, when she was New York City’s Taxi and Limousine Commissioner, she publicly disagreed with Mayor Bill de Blasio over a congestion fee he was planning to levy, and resigned. The Wall Street Journal in its headline said, “Resignation of NYC Taxi and Limousine Chief Shakes Industry,” indicating her influence. Joshi called the fee “potentially devastating” for cabdrivers.

Spear went on to say, “Throughout her tenure, the trucking industry has found Deputy Administrator Joshi to be a candid, collaborative, and valued partner in government,” Spear added. “Her use of data and stakeholder input drove a sound policy process designed to meet real-world needs. Her leadership has helped to ensure our industry could continue to safely serve the American people and meet the demands of the economy during these incredible times.”

In its biography for the nomination, the White House noted her experience of more than 16 years leading government oversight agencies. Apart from being Chair and CEO of the New York City Taxi and Limousine Commission, the nation’s largest for-hire transportation regulator where she spearheaded novel Vision Zero campaigns using data tools to keep high risk drivers and unsafe vehicles off the road, the White House said.

In addition to her government positions, Joshi served as General Manager for the New York Office of Sam Schwartz Transportation Consultants, and was a visiting scholar at New York University’s Rudin Center for Transportation Policy.