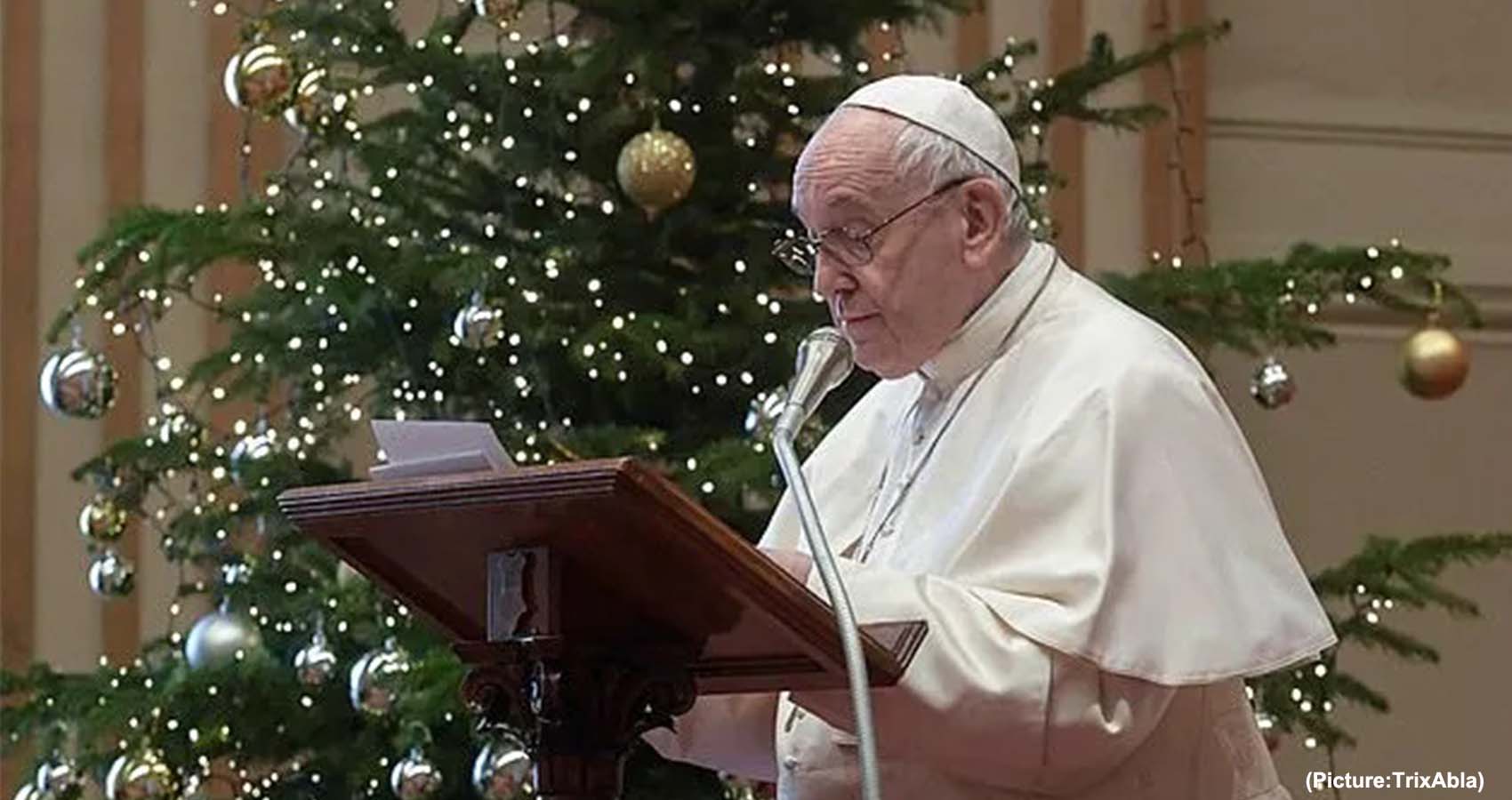 Amid structural, financial and liturgical reform at the Vatican, Pope Francis preached his yearly address to the Roman Curia, urging humility among the top cardinals as they work to reconcile tradition with the demands of the present.

Pope Francis urged Vatican cardinals, bishops and bureaucrats Thursday to embrace humility this Christmas season, saying their pride, self-interest and the “glitter of our armor” was perverting their spiritual lives and corrupting the church’s mission.

As he has in the past, Francis used his annual Christmas address to take Vatican administrators to task for their perceived moral and personal failings, denouncing in particular those pride-filled clerics who “rigidly” hide behind Catholic Church traditions rather than seek out the neediest with humility.

“This day and age seems to have forgotten humility, or to have merely relegated it to a form of moralism, emptied of the disruptive energy that it contains,” Pope Francis said Thursday (Dec. 23), during the private audience with cardinal heads of Vatican departments that make up the Roman Curia.

“But if we were to express the entire mystery of Christmas in one word, I think that the word ‘humility’ is the one that can help us the most,” he added.

In the lengthy address, Pope Francis said participation, communion and mission are three ingredients necessary as they work to bring about essential reform at the Vatican and to create a “humble church that can listen to the Spirit and does not center itself.” 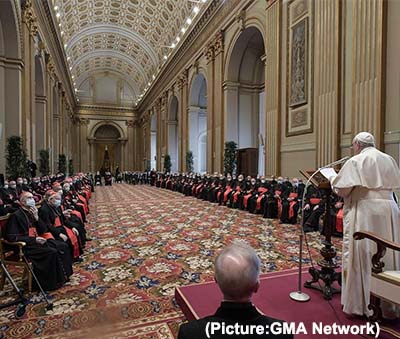 Pope Francis’ reform efforts at the Vatican and in the Catholic Church have been met with both enthusiasm and criticism. In March, the pope issued pay cuts for cardinals and Vatican employees to address the financial deficit of the institution. This summer saw the beginning of an unprecedented trial of Vatican employees, including Cardinal Angelo Becciu, on numerous charges, including corruption, abuse of office and money laundering.

Drawing from the biblical story of Naaman, a man who hid his leprosy behind a shining armor only to be healed by the prophet Elisha after bathing in the River Jordan, the pope reminded curial members that “life cannot be lived by hiding behind armor, a role or social recognition,” which “in the end, is harmful.”

“Without our garments, our prerogatives, our roles, our titles, we are all lepers, all of us, in need to be healed,” Francis said. “Christmas is the living reminder of this awareness and helps us understand it more deeply.”

The pope warned against pride, calling it “the most valuable elixir of the devil.” The prideful person, he said, is walled in his own world and “no longer has a past and a future, no longer has roots or buds and lives with the sour taste of sterile sadness.”

In contrast, those who are humble are constantly guided by their memory of the past and the promise of the future, the pope said. The tension between tradition and progress has been especially felt this Christmas season in the Catholic Church, since the pope issued restrictions to the celebration of the Latin Mass in a decree last July.

The Vatican Congregation for Divine Worship and the Discipline of the Sacraments answered questions raised from all corners of the Catholic world  on the restrictions to the Latin Mass in a document Dec. 18, which was met with hostility by those who viewed it as an attack on their faith life.

“The vital memory we have of tradition, our roots, is not a cult of the past,” the pope told members of the Curia, adding that those who are prideful are easily prone to “rigidity,” a “modern-day perversion” that leads people to be unsettled by what is new.

In October, Pope Francis launched a three-year consultation of the entire Catholic Church leading up to the summit of bishops at the Vatican in 2023. The process, or synod, is on the theme “For a synodal Church — Communion, Participation and Mission” and is poised to address some of the most critical issues facing the church while reversing the top-to-bottom approach that has characterized the institution for centuries.

The pope stressed that “only humility can put us in the right condition to meet and listen, to dialogue and discern, to pray together,” and that the reforming spirit of the synod will fail “if everyone remains enclosed in their convictions.”

Clericalism — treating clergy members as superior and untouchable — has led some to believe that “God speaks only to some, while others must only listen and follow,” the pope said. For synodality to really work, he continued, the Roman Curia must be a witness and lead the way.

“For this reason, if the Word of God reminds the entire world about the value of poverty, we, members of the Curia, must be the first to commit to a conversion to sobriety. If the gospel announces justice, we must be the first to try and live with transparency, without favoritism and cliques,” the pope said.

“If the church walks the way of synodality, we must be the first to convert to a different style of work, of collaboration, of communion,” Francis added. The pope urged the members of the Curia to embrace a shared responsibility and participation instead of hoarding their authority. Communion is also essential, he said, in placing Christ at the center so people of differing views are able to work together. Finally, mission helps the church not to focus only on itself, but to feel compassion for “those who are missing” both spiritually and physically, Francis said.

“Only by serving and by thinking of our work as a service can we truly be useful for all,” the pope said. “We are here — myself first — to learn to kneel and adore the Lord in his humility, and not other lords in their empty opulence.”

Francis this year took his biggest step yet to rein in the traditionalist wing of the church, reimposing restrictions on celebrating the old Latin Mass that Pope Benedict XVI had relaxed in 2007. He intensified those restrictions last weekend with a new set of rules that forbids even the publication of Tridentine Mass times in parish bulletins.

Francis said the proud who remain stuck in the past, “enclosed in their little world, have neither past nor future, roots or branches, and live with the bitter taste of a melancholy that weighs on their hearts as the most precious of the devil’s potions.”