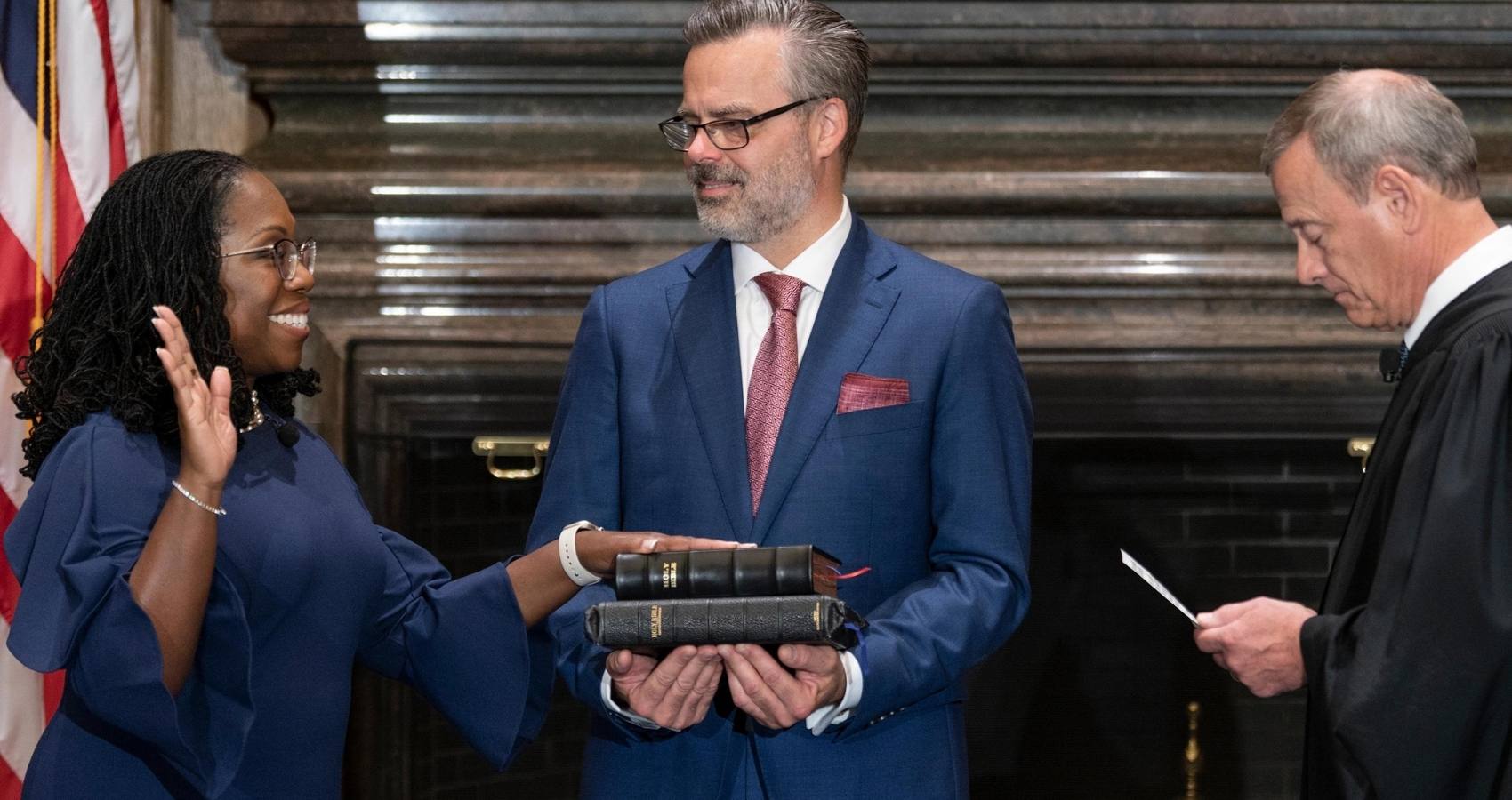 Ketanji Brown Jackson was sworn in Thursday, June 30th as an associate justice to the United States Supreme Court, making history as the first Black woman on the highest court in the nation.

Jackson, 51, joins the court as its 116th member amid a time of heightened scrutiny of the court over recent decisions and the American public’s low confidence in the Supreme Court.

“With a full heart, I accept the solemn responsibility of supporting and defending the Constitution of the United States and administering justice without fear or favor, so help me God. I am truly grateful to be part of the promise of our great Nation,” Jackson said in a statement. 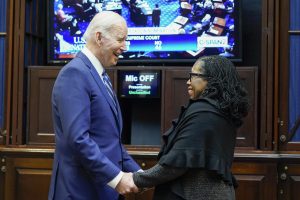 In April, she was confirmed 53-47 by the Senate to the high court after a series of contentious hearings, where Republicans tried to paint her as soft on crime and Democrats praised her judicial record. During the confirmation hearing, she vowed to be fair and impartial as justice in deciding the law.

“I have been a judge for nearly a decade now, and I take that responsibility and my duty to be independent very seriously. I decide cases from a neutral posture. I evaluate the facts, and I interpret and apply the law to the facts of the case before me, without fear or favor, consistent with my judicial oath,” she said in her opening statement before the Senate Judiciary Committee. “I know that my role as a judge is a limited one — that the Constitution empowers me only to decide cases and controversies that are properly presented. And I know that my judicial role is further constrained by careful adherence to precedent.”

President Joe Biden, who nominated Jackson but was not in attendance during her swearing in as he returned from the G7 and NATO summits in Europe, said in a statement later Thursday that “her historic swearing in today represents a profound step forward for our nation, for all the young, Black girls who now see themselves reflected on our highest court, and for all of us as Americans.”

Standing on the shoulders of her role models

After college, the Harvard Law graduate not only clerked for Breyer but also Judge Bruce M. Selya, a federal judge in Massachusetts, and US District Judge Patti Saris in Massachusetts. She also worked as an assistant special counsel for the United States Sentencing Commission from 2003-2005 before becoming an assistant federal public defender and later vice chair and commissioner of the commission. In 2013, she was confirmed a United States District Judge under then-President Barack Obama before being confirmed a judge for the US Court of Appeals for the District of Columbia in 2021.

As a judge in DC — where some of the most politically charged cases are filed — Jackson issued notable rulings touching on Congress’ ability to investigate the White House. As a district court judge, she wrote a 2019 opinion siding with House lawmakers who sought the testimony of then-White House Counsel Don McGahn. Last year, she was on the unanimous circuit panel that ordered disclosure of certain Trump White House documents to the House January 6 committee.

A former federal public defender, Jackson sat on lower US courts for nearly a decade. As a judge, some other notable cases she has in her record are a 2018 case brought federal employee unions where she blocked parts of executive orders issued by then-President Donald Trump, and a case where she ruled against Trump policies that expand the categories of non-citizens who could be subject to expedited removal procedures without being able to appear before a judge.

Jackson penned more than 500 opinions in the eight years she spent on the district court.

During her Senate confirmation hearings, Republicans heavily scrutinized Jackson’s record, asserting she was too lenient in sentencing child pornography cases in which Jackson and Democrats forcefully pushed back on the accusations. At one point during the hearings, Jackson became visibly emotional and wiped away tears as New Jersey Sen. Cory Booker, a Democrat, talked about her path to the nomination and the obstacles she has had to overcome.

“My parents grew up in a time in this country in which Black children and White children were not allowed to go to school together,” Jackson told Booker after the senator asked what values her parents had impressed upon her. “They taught me hard work. They taught me perseverance. They taught me that anything is possible in this great country.”

After her confirmation to the high court, Jackson marked her historic nomination in a speech at the White House in which she celebrated the “hope and promise” of a nation and said her confirmation “all Americans can take great pride” in.

“I am standing on the shoulders of my own role models, generations of Americans who never had anything close to this kind of opportunity, but who got up every day and went to work believing in the promise of America. Showing others through their determination and, yes, their perseverance that good, good things can be done in this great country,” Jackson said. Quoting the late poet Maya Angelou, she continued, “I do so now while bringing the gifts my ancestors gave. I am the dream and the hope of the slave.”

She has emphasized her family and faith, saying her life “had been blessed beyond measure.” She has been married to Patrick, whom she met in college, for 25 years and they have two children, Leila and Talia. (Courtesy: CNN.COM)