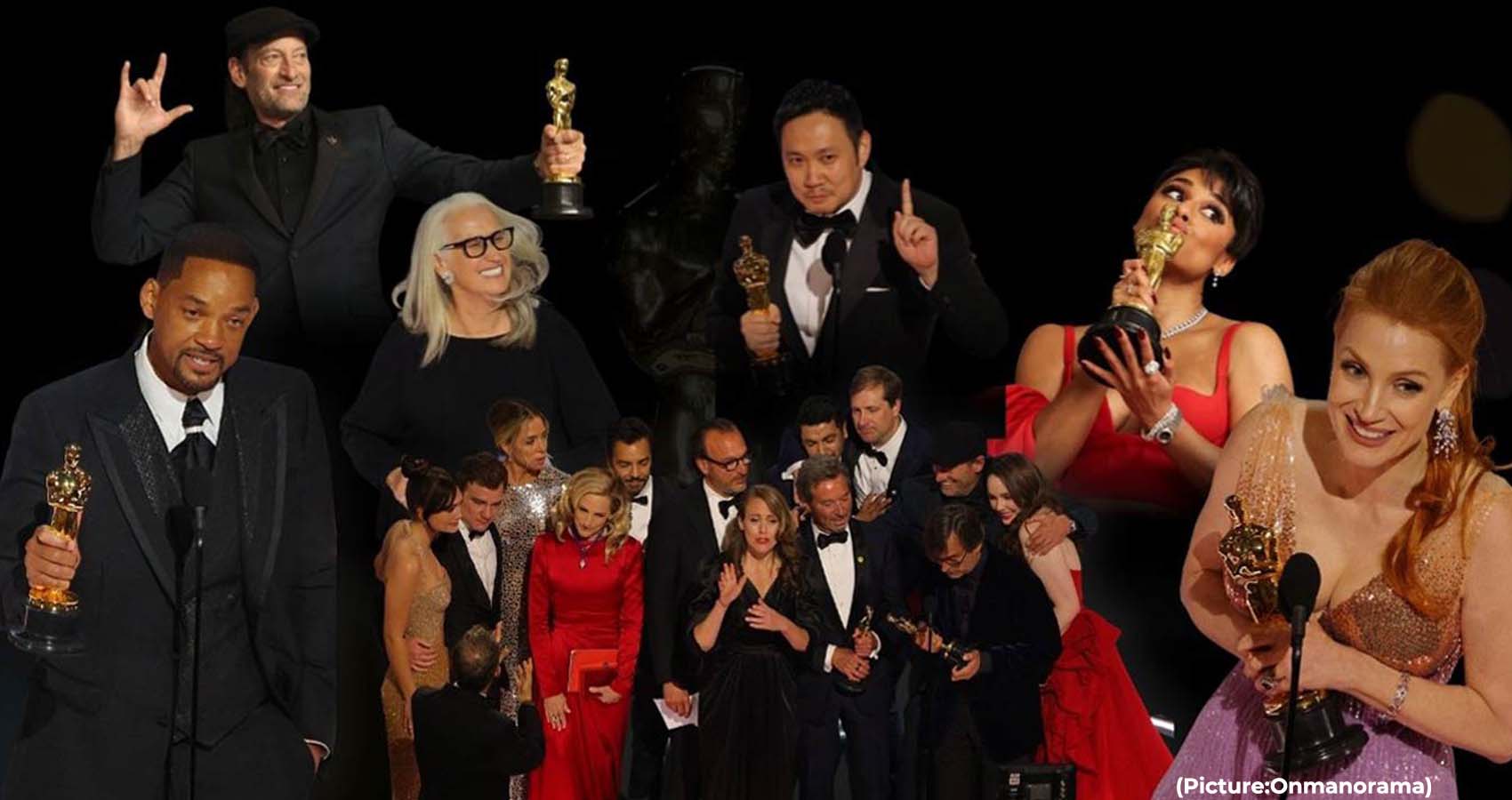 Jessica Chastain, Will Smith, and Jane Campion are among those who won at the 94th annual Academy Awards 2022 held at Los Angeles’ Dolby Theatre in Hollywood on Sunday, March 27th. The ceremony, which used to usually be held in February-end or March-beginning, was delayed due to the Covid pandemic.

For the past three years, the Oscars did not have any host. However, this year’s Oscars was hosted by comedians Wanda Sykes and Amy Schumer and actress Regina Hall. Introduced by Venus and Serena Williams, Beyoncé opened the ceremony performing her nominated song “Be Alive” in a lavish production in Compton where the Williams sisters grew up. 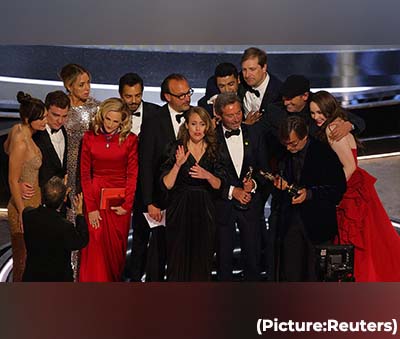 Jessica Chastain won the Academy Award for best actress for her role in “The Eyes Of Tammy Faye.” The award was presented by Anthony Hopkins, who was notably absent at last year’s ceremony to collect his best actor Oscar. Jane Campion, won the Oscar for best director for The Power of the Dog.

Chastain’s third nomination is the charm, winning best actress for playing televangelist Tammy Faye Bakker in “The Eyes of Tammy Faye.” “We’re faced with discriminatory legislation, there is violence and hate crime perpetrated on civilians,” says Chastain, but adds we can find inspiration in Bakker’s mindset and her “radical acts of love.”

Will Smith won his first Academy Award for his portrayal of Richard Williams, the father who raised tennis stars Venus and Serena Williams, in “King Richard.” He had been nominated twice before, first for “Ali” in 2001 and then for the 2006 movie “The Pursuit of Happyness.” Smith’s win came shortly after a shocking onstage incident, as he slapped presenter Chris Rock over a joke referencing the hairstyle of Smith’s wife, Jada Pinkett Smith.

“Art imitates life. I look like the crazy father,” a tearful Smith said in his acceptance speech after the incident with Rock. “Richard Williams was a fierce defender of his family. In this time in my life, in this moment, I am overwhelmed by what God is calling me to do and be in this world. Making the film, I’m being called on in my life to love people and to protect people and to be a river to my people. I know to do what we do, you’ve got to be able to take abuse, you’ve got to be able to take people talking crazy about you, people disrespecting you, and you got to smile and pretend that’s OK.” He also apologized to “the Academy and all my fellow nominees” for the Rock moment. “This is a beautiful moment and I’m not crying for winning an award. It’s not about winning an award for me. It’s about shining a light. … Love will make you do crazy things.” 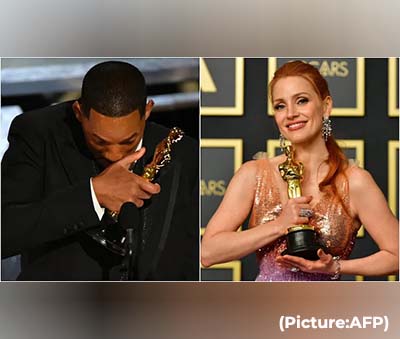 Following the Will Smith-Chris Rock punch drama, The Academy Awards issued a statement condemning the act. The statement read, “The Academy does not condone violence of any form. Tonight we are delighted to celebrate our 94th Academy Awards winners, who deserve this moment of recognition from their peers and movie lovers around the world (sic).”

Dune, starring Timothee Chalamet and Zendaya, led this year’s Oscar tally, picking up six of the 10 awards it was nominated for. Dune walked away with several awards at Oscars 2022 and one of them was for Best Visual Effects (VFX). Dune’s VFX is a London-based visual effects and animations company, DNEG (Double Negative), the CEO of the company is Namit Malhotra, a man of Indian origin. Dune also won the awards for best cinematography, sound, film editing and production design. Hans Zimmer won his second career Oscar for original score for Denis Villeneuve’s film.

Troy Kotsur made history as the first deaf male actor to win an Oscar. He won the best supporting honors for his role in best picture winner “CODA,” a title which stands for “child of deaf adult.” Accepting the award, Kotsur signed: “I just wanted to say this is dedicated to the deaf community, the CODA community and the disabled community. This is our moment.”

Ariana DeBose also made history with her award for best actress in a supporting role, becoming the first Afro-Latina and openly LGBTQ actor to win in the category. In her acceptance speech, she said, “To anybody who has ever questioned your identity, I promise you there is a place for us” — echoing one of the songs from her film, the musical “West Side Story.”

Disney’s “Encanto” picked up the Oscar for the best animated feature film. Hailed for its magical realism and music, the film won over a range of diverse works — including Afghan refugee documentary “Flee,” Pixar’s coming-of-age tale “Luca” set in Italy, the family comedy “The Mitchells vs. the Machines” and Disney’s own “Raya and the Last Dragon.”

Japan’s emotional epic “Drive My Car” won the Oscar for the best international feature film. Directed by Ryusuke Hamaguchi, the film became the fifth from Japan to win the Oscar, the last being “Departures” in 2008. Other nominees included Italy’s “The Hand of God,” Denmark’s “Flee,” Bhutan’s “Lunana: A Yak in the Classroom” and Norway’s “The Worst Person in the World.”

The ceremony held a minute of silence for Ukraine. Among those showing gestures of support for Ukraine were Oscar-winning actress Youn Yuh-jung, nominated songwriter Diane Warren, composer Nicholas Britell and the actress Jamie Lee Curtis. They wore blue ribbons that read #WithRefugees to show support for those who have fled Ukraine since Russia invaded a month ago.

Led by Ukrainian-born actress Mila Kunis, the Oscars stood in solidarity with those under Russian attack in Ukraine. “We’d like to have a moment of silence to show our support for the people of Ukraine currently facing invasion, conflict and prejudice within their own borders,” read a card presented onscreen.