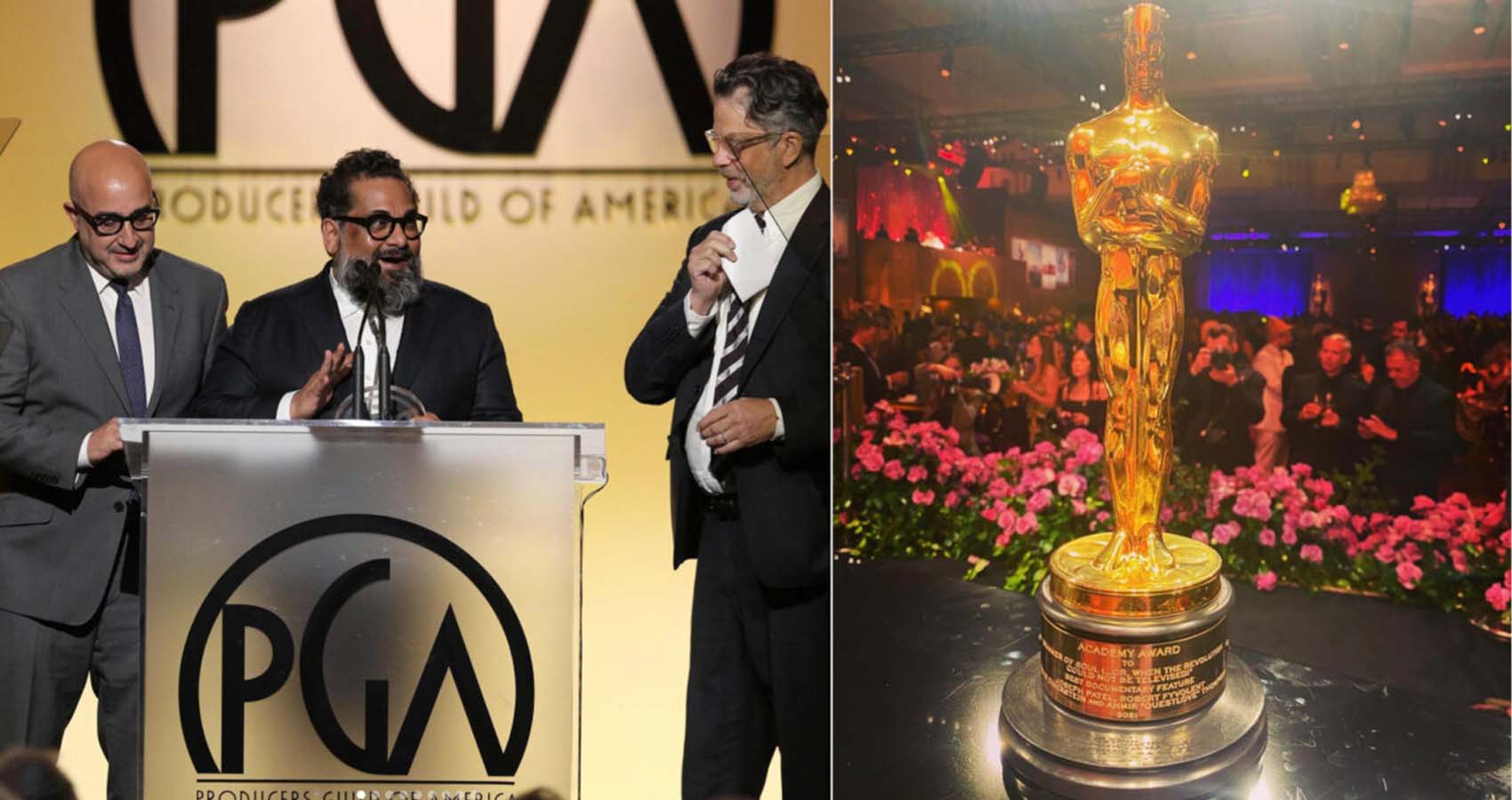 Indian American Joseph Monish Patel along with co-producers David Dinerstein and Robert Fyvolent and director Ahmir “Questlove” Thompson won Best Documentary Feature Oscar for “Summer of Soul (…Or, When the Revolution Could Not Be Televised).”

“First Patel to ever win an Oscar” declared Joseph Monish Patel on his Instagram handle along with an image of the award after winning one at the 94th Academy Awards held at the Dolby Theatre in Los Angeles on Mar.27th.

Indeed, for the Indian American who had been bullied as a youngster for the name ‘Monish’ it must have been a gratifying journey to the top!

The documentary is an exploration of the 1969 Harlem Cultural Festival, which was held at Mount Morris Park in Harlem. Running for six weeks, it drew a large attendance and performers like Stevie Wonder, Mahalia Jackson, Nina Simone, Gladys Knight and the Pips.

The festival was a celebration of African-American music and culture and promoted Black pride and unity. Given all this, it still drew little attention in pop culture history. The documentary tries to figure out why. 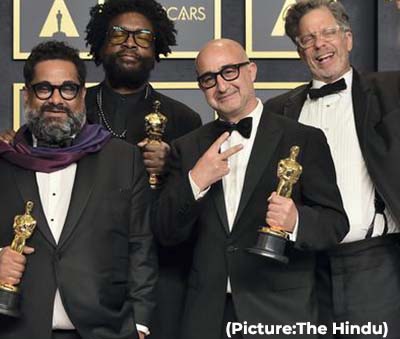 For the Indian American community centered on Bollywood and the stars who make it here, Patel may not be in the forefront of the imagination, but he has an applause worthy body of work.

He began his career as a music journalist and went on to produce and direct television and digital content for MTV News and Docs, Vice Media, The Fader, and Vevo. He is a BAFTA nominated producer as well as a winner of several critics’ awards.

The Indian American told GQ magazine, that his father was a grad student in the US, when he went back home to Gujarat to get married. While dad is from Baroda, his mother came to Anand with her family via Uganda when she was 12.

Patel was born soon after and was raised in California’s Bay area. He later to college at UC Davis and he told the magazine that it was “probably the most transformative experience I had in my life was being involved in the campus radio station. It’s there where I found my tribe.”

While the Indian American made history as a Patel, it was a heartbreaker for the Indian documentary, ‘Writing With Fire,’ directed by the filmmaker duo of Rintu Thomas and Sushmit Ghosh which was in the race for the same category.

The “Summer of Soul” team received the award by Chris Rock, who had just been slapped by Will Smith following a joke about Jada Pinkett Smith. “This is such a stunning moment for me right now, but it’s not about me,” Questlove said. “It’s about marginalized people in Harlem that needed to heal from pain. Just know that in 2022, this is not just a 1969 story about marginalized people in Harlem.”

The documentary edged past “Writing With Fire,” chronicling India’s only Dalit women-run newspaper; and Riz Ahmed co-produced “Flee,” which tells the real-life story of Amin, a gay Afghan refugee, through vividly animated renderings of both his past and future with a new husband; as well as “Ascension,” by Jessica Kingdon, Kira Simon-Kennedy and Nathan Truesdell; and “Attica” by Stanley Nelson and Traci A. Curry.

It was Thomas and Ghosh’s debut feature documentary about a newspaper ‘Khabar Lahariya’ started as a social experiment by an NGO. It’s India’s only rural newspaper run by Dalit women since 2002, from Chitrakoot in the Bundelkhand region.

The documentary captures ‘Khabar Lahariya’s’ switch from print to digital in recent years. It follows how the newspaper’s chief reporter Meera and her journalists break traditions, redefining what it means to be powerful by reporting India’s biggest issues and within the confines of their own homes, questioning notions of patriarchy and redefining power, investigating local police-force incompetence, listening in and standing by victims of caste and gender violence. It was the first Indian documentary made by an all-India independent production to bag an Oscar nomination in this category.

A producer, director, writer, and executive with over two decades of experience in TV, film, digital and print journalism, the Brooklyn, New York-based Patel was most recently the Head of Content at Vevo, the world’s largest music video platform. He has held similar positions at Vice Media, The Fader, and MTV News & Docs. He recently won two Clio Awards for films produced in partnership between The Fader and YouTube (2018 Gold, “Stormzy: Gang Signs & Prayer” and 2017 Silver “Aurora: Nothing is Eternal”).