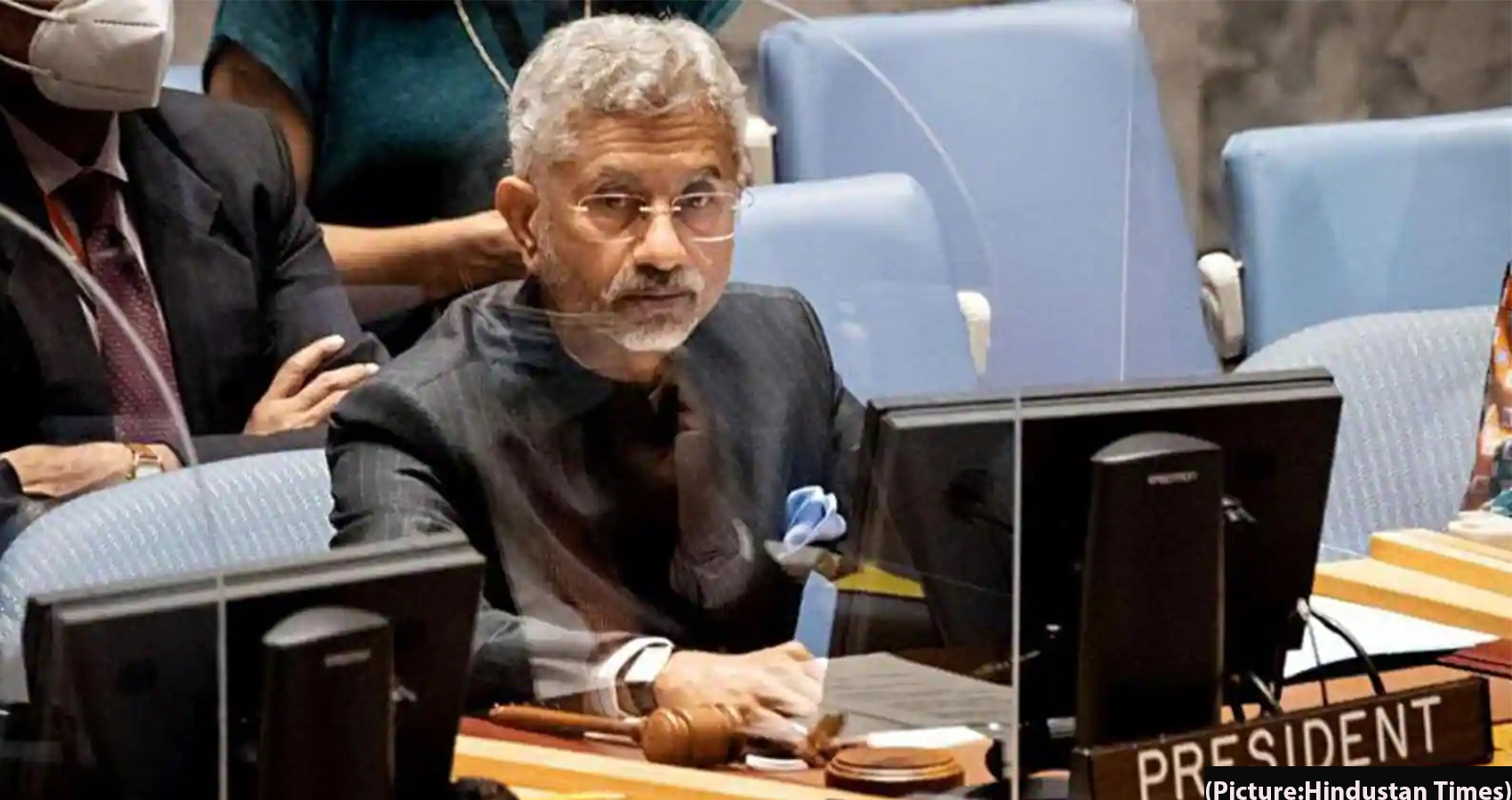 India has called upon the United Nations Security Council (UNSC) not to “take a selective, tactical or complacent view” of terrorism saying groups such as Lashkar-e-Toiba, Jaish-e-Mohammad and the Haqqani Network still operate with impunity. It said some countries continue to “undermine or subvert our collective resolve”, and the unfolding events in Afghanistan remain a cause of global concern.

“Let us always remember that what is true of Covid is even more true of terrorism: none of us are safe until all of us are safe,” Indian external affairs minister S Jaishankar said in an impassioned plea comparing the scourge of terrorism to Covid-19, the pandemic that has killed millions around the world. The minister was participating in a UNSC briefing on threats to international peace and security caused by terrorist acts, specially the Islamic State.

This was the second UNSC meeting he chaired since Wednesday, when he had presided over an open debate of the council on peacekeeping. “We are happy to note that a very strong substantive, clear press statement has been adopted by the council today that outlines, many of the key concerns, especially the need to ensure a strict check on terror financing and bringing the perpetrators of terror attacks to justice,” the minister said to reporters after the UNSC meeting, adding, “During our deliberations today all Security Council members with one voice, endorsed a zero tolerance approach to terrorism in all its forms and manifestations. We are clear that there cannot be double standards and distinctions are really made at our collective peril.” On Afghanistan, the minister reiterated what he said on Wednesday that India, like other countries, was focused on getting back its citizens safely and that India’s ties with the future dispensation in Kabul will be guided by its historic ties with the people.

The press statement specifically condemning specific terrorist incidents around the world and the spread of IS. Making a larger point, it also urged member countries “to ensure that all measures undertaken to counter the financing of terrorism comply with their obligations under international law, including international humanitarian law, international human rights law and international refugee law”.

During his remarks at the UNSC briefing, the minister did not name any country, as he went on to reiterate an eight-point plan that he had first laid out for the Security Council in January, that had called for not to justify or glorify terrorism as has been done by Pakistan, not to distinguish between good or bad terrorists, which has also been done by Islamabad, and, in a thinly veiled reference to China, not to block and hold up designation of terrorists and entities without any reason. The minister recalled India’s long involvement in countering terrorism as a country that has suffered more than its fair share of terrorist incidents to express “solidarity with victims and their families all over the world who have suffered, and continue to suffer, from the scourge of terrorism”.He added: “We must never compromise with this evil.”

In spite of the progress made to tighten the legal, security, financing and other frameworks to combat terrorism, terrorists are constantly finding newer ways of motivating, resourcing and executing acts of terror, the minister said, adding, “Unfortunately, there are also some countries who seek to undermine or subvert our collective resolve to fight terrorism. This cannot be allowed to pass.” Jaishankar was pointing to Pakistan’s continued support for terrorism, which came under fresh scrutiny as the Taliban recaptured Afghanistan operating from sanctuaries across the border.