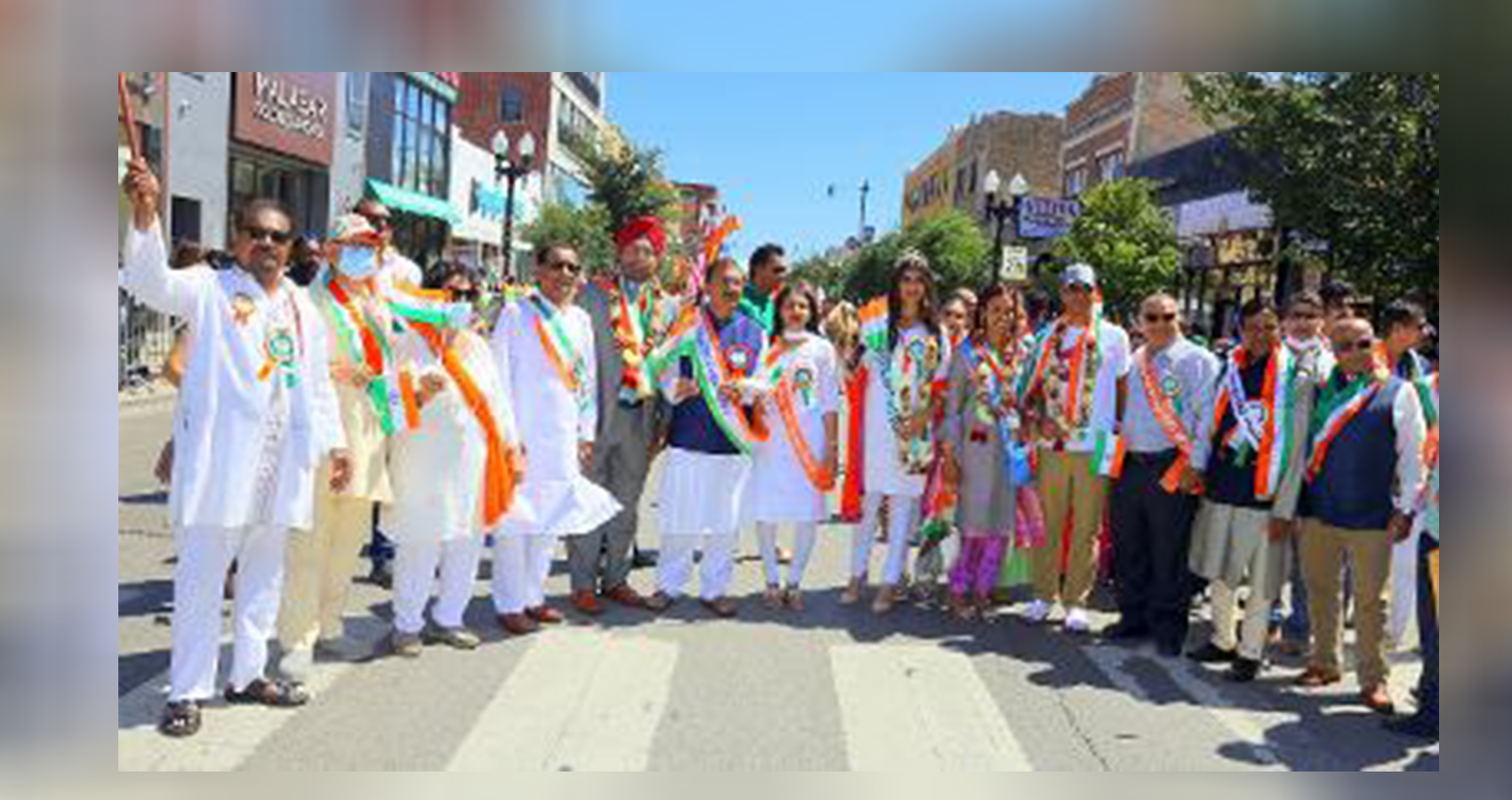 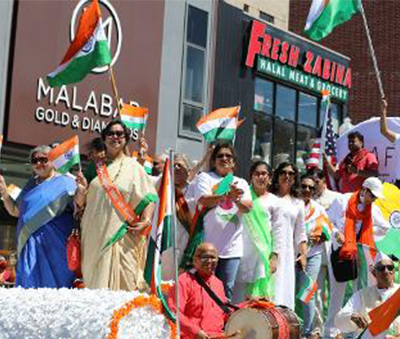 Instantaneously reciprocating Congressman Danny Davis for his greetings and compliments, President Rajesh Patel stated that Indian Community is grateful to Congressman for attending the Parade. He also thanked him for Congressman Danny Davis’ continued support to all NRIs. Highlighting the significant of the current year’s Parade, President Rajesh Patel stated, “Today’s Parade The parade receded into history the ghastly memories of community’s sufferings from the preceding coved-19 pandemic.

Rajesh Patel also thanked Chicago Police for assisting the organizers in smooth run of the parade. He appreciated the support from the business community that has just recovered from the adverse impact of the Coved-19. Heartthrob diva of the glamor world Ms Khushi Patel was the star attraction at the parade. She is winner of the Miss India USA Miss Popular 2021, and also Miss India Florida 2021. Spectators especially the youth were seen jostling and jumping over the barricades to come and greet her.

Chicago’s world-famous Devon Avenue, also popularly known as ‘Little India’ wore a festive look with India’s national colors – Orange, White, and Green – fluttering all along. It was tastefully decorated with ceremonial paraphernalia especially imported from India. Spectators on both the sides of the street cheered a long series of floats as they marched past the Devon Avenue. Ismaili Community’s famous pipe-band was the vanguard of the parade. The floats represented different states and regions of India. Maharastra Mandal’s troupe with its bombastic lazium attracted maximum applause all along the route. Majestic float of the Metropolitan Asian Family Services went past the stand roaring “Bharat Mata Ki Jai.” Other organizations whose floats marched past the Grand Stand included: VHP, and Sardar Patel Foundation.