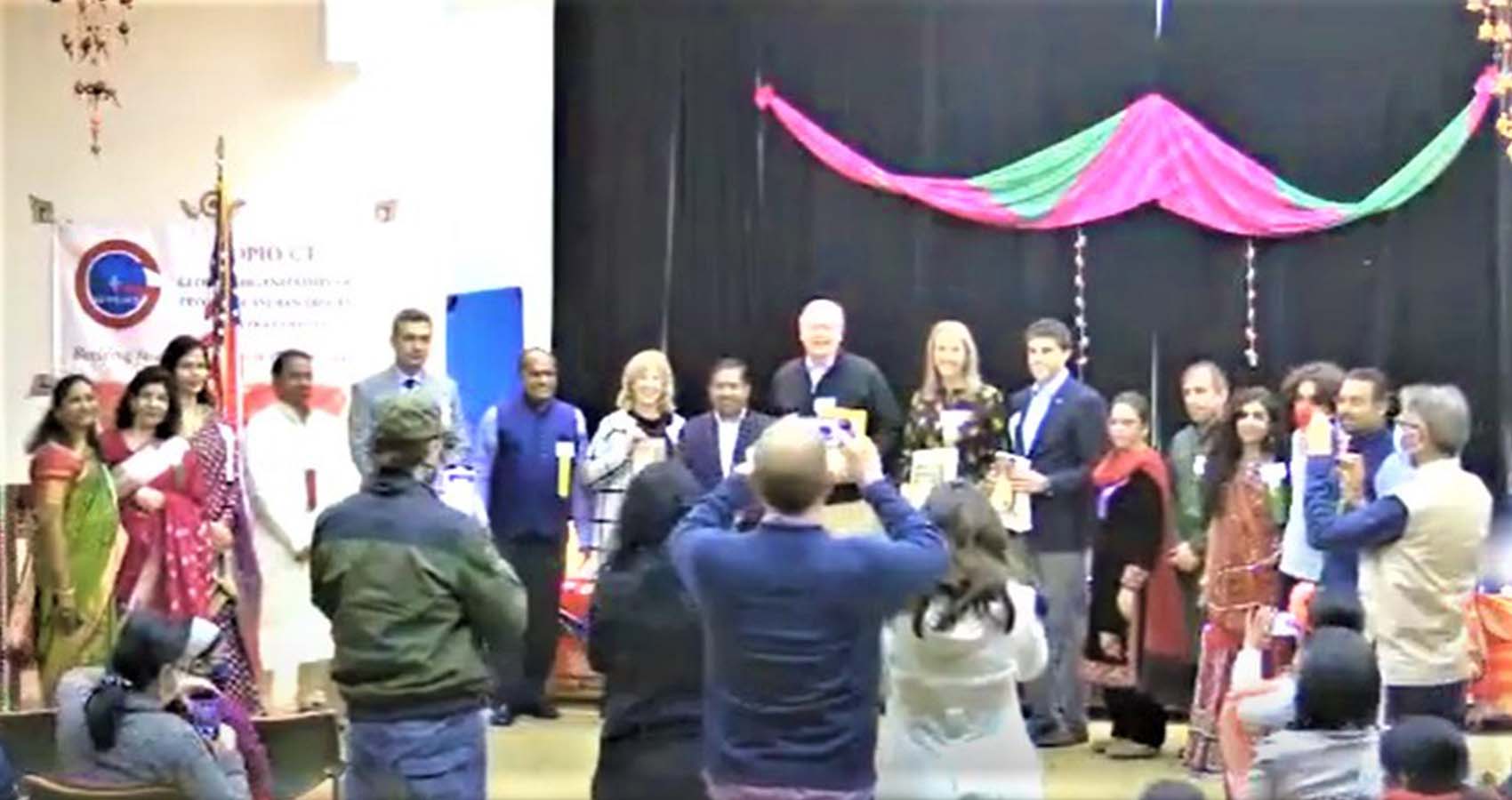 Ferguson Library in Stamford, CT celebrated India’s Festival of Lights, Diwali, with the launch of India Collection of Books on Sunday, Nov. 14th. The Connecticut Chapter of the Global organization of People of Indian Origin (GOPIO-CT) coordinated the program with the library. The India related books were donated by Govt. of India through the Indian Consulate in New York. The chief guest was Indian Consul General Randhir Jaiswal, who inaugurated the new book collection of Indian art, on political leaders and social reformers, travel books and books in Indian languages including Hindi, Bengali, Telugu and Gujarati. 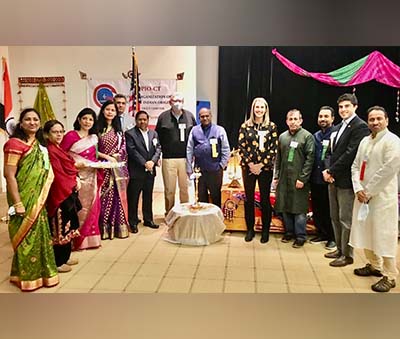 The launch event began with an invocation to Lord Ganesha by Prachi, which was followed by the lighting of the traditional lamp and diyas by dignitaries and GOPIO leaders, signifying the Diwali celebration. In her welcome address, Library President Alice Knapp lauded the new initiative from the GOPIO-CT and thanked the Indian Consulate for donating the books.

Consul General Randhir Jaiswal inaugurated the book collection and complimented Stamford Library for this new initiative and said that USA and India have now a very close relationship.  In his address, Ambassador Jaiswal said, “We are in the middle of festival season in India. Want to wish you all prosperity and happiness.” He thanked the Library for taking the initiative to launching the collection of books on and from India, “which will be a source of knowledge to many.”

Pointing to the fact that 55,000 students have come to the United States from India this year, which opens up immense opportunities for us in this “tech-driven world,” he said. Consul General Randhir Jaiswal referred to the recently concluded Global Climate Summit in Glasgow, where India has committed to a cleaner world by making newer assurances to make the world a better place for generations to come. 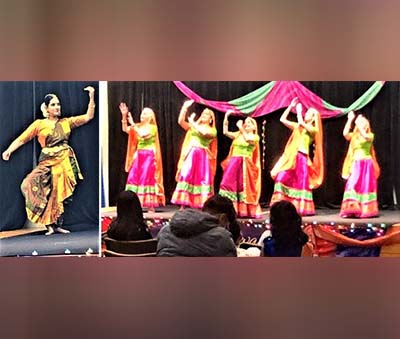 Other dignitaries who spoke at the event were current Stamford Mayor David Martin, newly elected Mayor Caroline Simmons, CT Representative Matt Blumenthal, all of them lauded the new initiative by GOPIO-CT. Mayor of Stamford, David Martin, in his opening remarks said, “As the Mayor of the City, I welcome you all to the celebration of Diwali, which is a celebration of victory of goodness over evil, celebration of light over darkness, and celebration of knowledge over ignorance.”  My whole life has been an expectation of increase of knowledge and library is a place for us to obtain and sharing of knowledge,” he added.

Mayor-Elect Caroline Simmons, in her address said: “Thank you for reminding us of the importance of the true symbolism and virtues of Diwali, which is light over darkness, hope over despair, and love over hate. I look forward to continuing the many great efforts initiated by Mayor Martin, where you as the community has contributed significantly to the city of Stamford.” 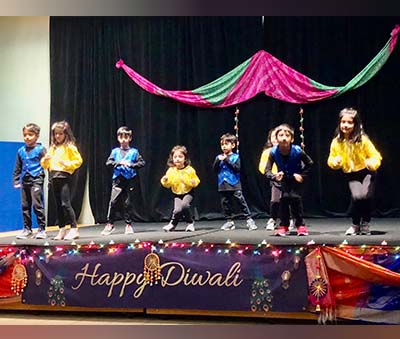 CT State Representative, Matt Blumenthal in his felicitation address, “This has ben tryting times for the whole world. GOPIO has played a critical role in our state to help face and overcome the challenges. I am grateful to the Indian American community for your great contributions and making our state stronger and dynamic.”

GOPIO Chairman Dr. Thomas Abraham said that the underlying theme of Diwali celebration is, Light over Darkness, Victory of Good over Evil and Knowledge over Ignorance, which has caught up the attention of people all over the world including heads of many countries including President Joe Biden at the White House. “As the pandemic is still not ever and there is resistance to vaccination by some groups of people and the celebration of knowledge over ignorance has greater meaning to people all over the world,” Dr. Thomas Abraham, Emcee for the event and a main organizer, who had initiated the book launch, added.