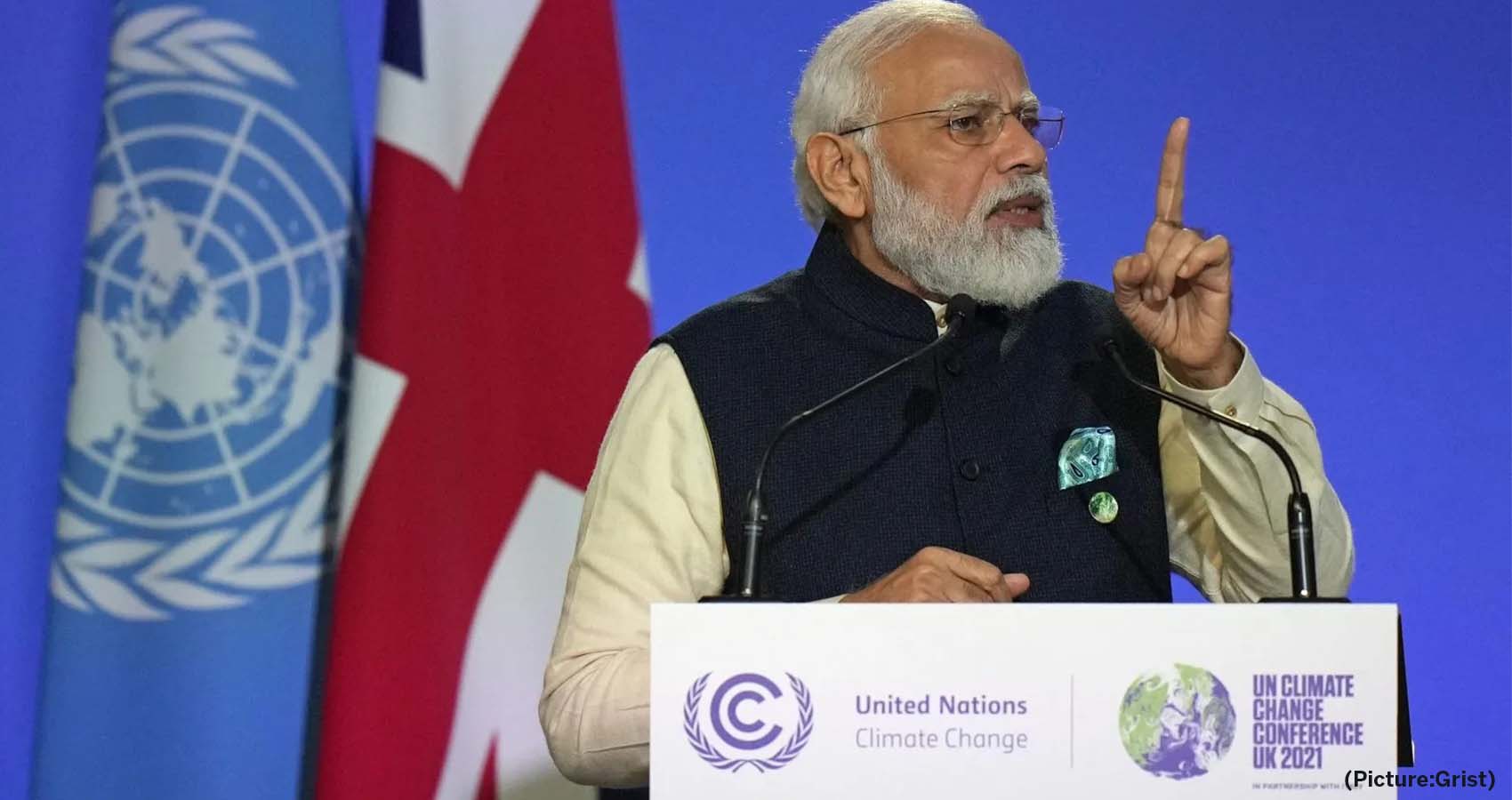 India has promised to cut its emissions to net zero by 2070 – missing a key goal of the COP26 summit for countries to commit to reach that target by 2050. Prime Minister Narendra Modi pledged on Monday, November 1st, 2921 in his speech at the opening of the COP26 U.N. climate summit in Glasgow, a target that climate advocates recognized as further off than is ideal but potentially transformative for the world’s third-largest emitter. 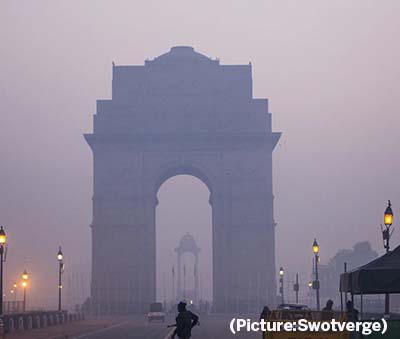 The announcement—which was accompanied by four other climate-related targets, all light on detail—caught climate advocates by surprise, given that Indian officials have previously rejected global pressure to make such a commitment, saying as recently as last week that net-zero goals were not the solution to the climate crisis. The Indian leader is one of more than 120 leaders to have gathered in Glasgow for the two-week conference.

Prime Minister Narendra Modi, who is in Glasgow, England for the climate summit, has announced that the country would make one billion-ton reduction in projected emissions from now until 2030.  He also increased India’s previous climate targets on renewable energy and non-fossil fuel energy made during the Paris Agreement.

India is the world’s fourth biggest emitter of carbon dioxide after China, the US and the EU. But its huge population means its emissions per capita are much lower than other major world economies. India emitted 1.9 tons of CO2 per head of population in 2019, compared with 15.5 tons for the US and 12.5 tons for Russia that year.

A net-zero target refers to the date by which a country plans to be adding no more carbon dioxide or other greenhouse gases to the earth’s atmosphere than it sucks out of it, using carbon-absorbing plants and still-developing technologies. Dozens of countries have set net-zero targets over the last few years, with most wealthy nations, including the U.S., the U.K., Japan and others, opting for a 2050 goal. China, Saudi Arabia and Russia have all recently pledged to hit net-zero by 2060.

It’s not immediately clear if India’s 2070 net-zero target refers only to carbon dioxide emissions, which is responsible for around 80% of the warming effect that is driving up global temperatures, or to emissions of all greenhouse gases.

The 20-year lag behind other powerful nations’ targets may make India’s goal seem unambitious. If other major emitters were to align efforts along similarly extended time frames, the world would have no hope of avoiding the worst consequences of climate change.

But Ulka Kelkar, climate director of the India chapter of the World Resources Institute, a prominent scientific research group, says India’s goal has to be considered in the context of a developing country. Developed countries have used fossil fuels to power their industrialization for centuries and therefore have more resources available now to transition away from them.

India’s developing economy is still heavily reliant on coal, the most polluting fossil fuel, which makes up 70% of its energy production. Coal consumption in the country has increased by 39% over the last decade, and, because it has a population of 1.3 billion people, almost half of them under 25, the International Energy Agency says that India’s energy needs will rise by more than any other country over the next 20 years.

Kelker admitted that it would “of course” have been better to have an earlier target, but said that the announcement would have a significant impact by setting a “direction of travel” for India’s economy. ”Net zero became a topic of public discourse only six months ago. Just having this concept understood in India is going to give a very strong signal to all sectors of industry and society. So this coming from the Prime Minister is going to be pretty transformative.”

Modi also announced that by 2030, India would shave 1 billion metric tons off its projected carbon emissions and reduce the carbon intensity of its economy—how much carbon is emitted to generate a unit of economic activity—by 45% from 2005 levels. That’s up from the 33%-35% target it submitted in Paris in 2015. The country also plans to get half of its energy from renewable sources by 2030, increasing its non-polluting energy capacity to 500GW, up from a 450GW goal set in 2015.

A lot remains unclear about these targets. Modi did not specify, for example, against what baseline the plan to reduce carbon emissions by 1 billion metric tons by 2030 is set. In 2019, India emitted 2.62 billion metric tons of CO2. The baseline that the government ends up using will likely be higher, Kelker says.

In any case, reaching these targets will be a challenge. As of July 2021, India had 96.96 GW of renewable-energy capacity—representing 25.2% of its total power generation capacity. Reaching Modi’s 2030 targets will require huge investments in updating India’s electricity grid and setting up new clean energy projects.

Modi also used his speech to call on developed countries to mobilize $1 trillion of climate finance to help developing countries decarbonize and adapt to climate change. That is far higher than the current $100 billion commitment—which originally had a 2020 deadline but has now been pushed back to 2023.