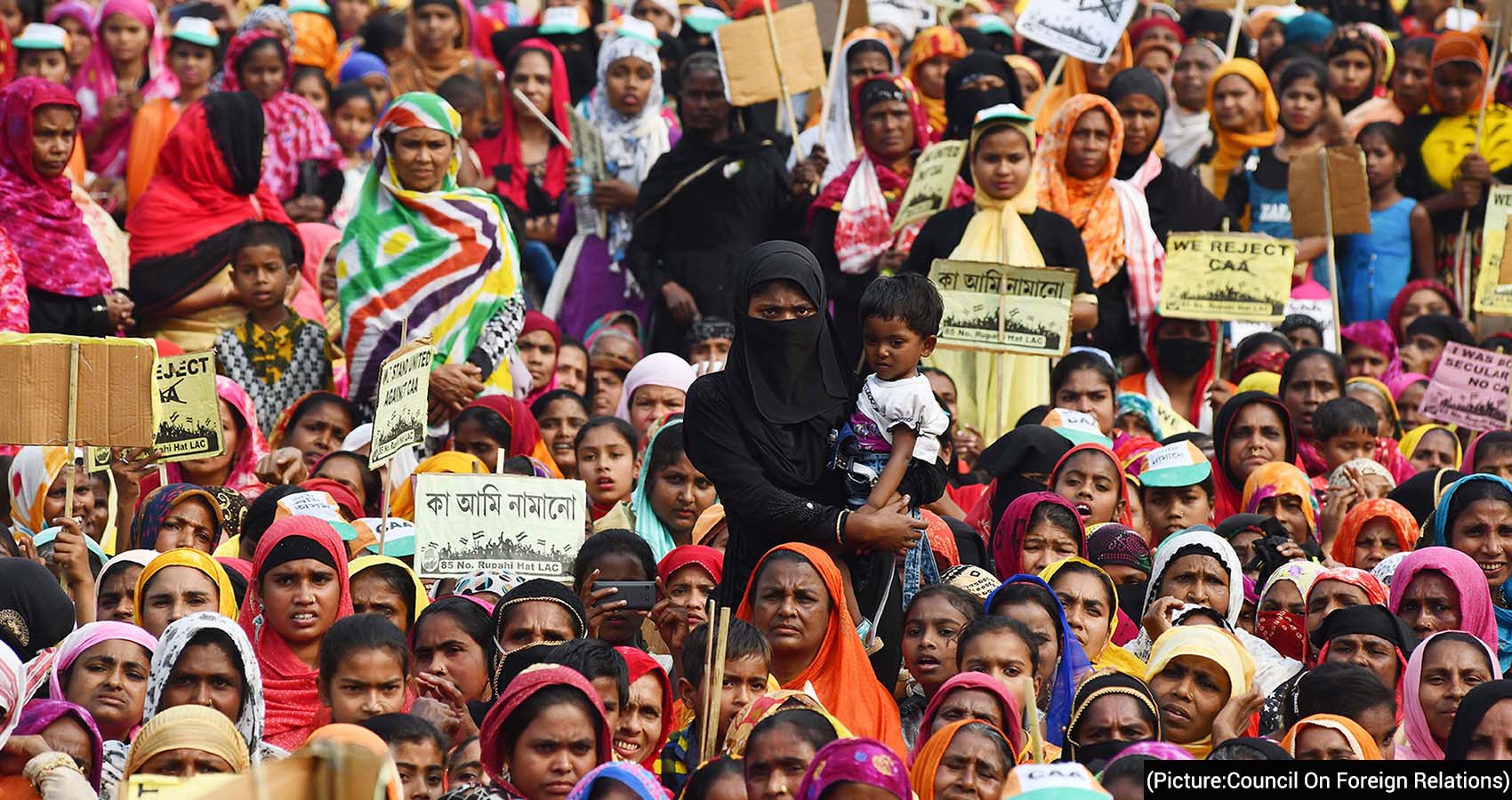 In recent weeks, protests in India over Muslim headscarves in schools have gained international attention. The controversy began when a high school in the Southern state of Karnataka banned hijabs in classrooms, and demonstrations have since spread to other states. The Karnataka High Court has been deliberating the legality of the school ban and is due to issue a verdict soon. 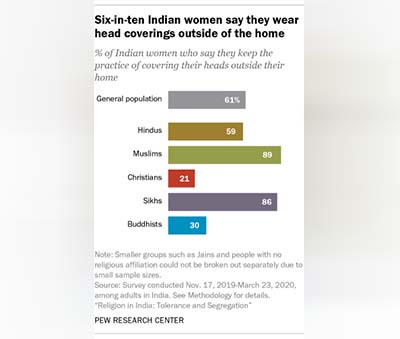 Head coverings are relatively common among Indian women. About six-in-ten women in India (61%) say they keep the practice of covering their heads outside of their homes, according to a Pew Research Center survey conducted in 2019-2020. That includes a majority of Hindu women (59%), and roughly equal shares of Muslim (89%) and Sikh women (86%) – although the exact type of head covering can vary significantly among and within religious groups.

India’s adult population is 81% Hindu and 13% Muslim, according to the latest census conducted in 2011. Christians, Sikhs, Buddhists and Jains account for most of the remaining 6%. The Center’s survey only included adults ages 18 and older and does not show what share of school-aged girls wear head coverings.

There are regional differences among Indian women when it comes to head coverings. The practice is especially common in the largely Hindi-speaking regions in the Northern, Central and Eastern parts of the country. In the states of Bihar, Madhya Pradesh and Rajasthan, roughly nine-in-ten women say they wear head coverings in public. In stark contrast, fewer women in the South say they cover their heads in public, including just 16% in the state of Tamil Nadu. 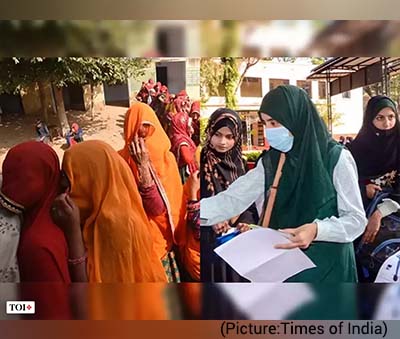 These regional differences are largely driven by Hindu women, as Muslim women tend to keep the practice of covering their heads in public regardless of what region they live in. This leads to large differences between Muslims and Hindus in the South in particular.

Within the South, the state of Karnataka stands out for its relatively high share of women who wear head coverings. More than four-in-ten women in Karnataka (44%) say they wear one, compared with 26% in neighboring Andhra Pradesh, 29% in Telangana and even fewer in the states of Kerala (17%) and Tamil Nadu (16%).

A majority of Muslim women in Karnataka say they cover their heads (71%), compared with 42% of Hindu women who say this. 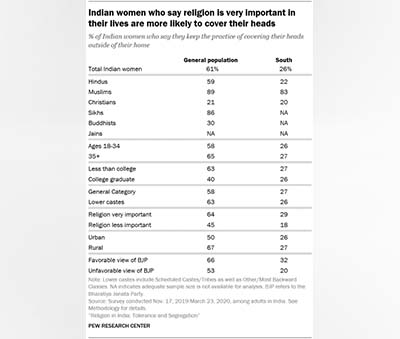 Nationally, head coverings tend to be more common among women who are older, married, more religious and who have less formal educational attainment. The practice is also more prevalent in rural areas.

Headscarf wearing also varies by political affiliation. Even though some proponents of the hijab ban have been described as supporters of the ruling Bharatiya Janata Party (BJP), women with favorable attitudes toward India’s ruling party are actually more inclined to wear head coverings in public than women who do not favor the governing party. This is true nationally, and in the South. Among Indians overall, 66% of women who have a positive view of the ruling BJP party say they cover their heads outside their home, compared with 53% among those who view the party unfavorably. This correlation may – at least in part – be tied to the fact that BJP supporters tend to be more religious.