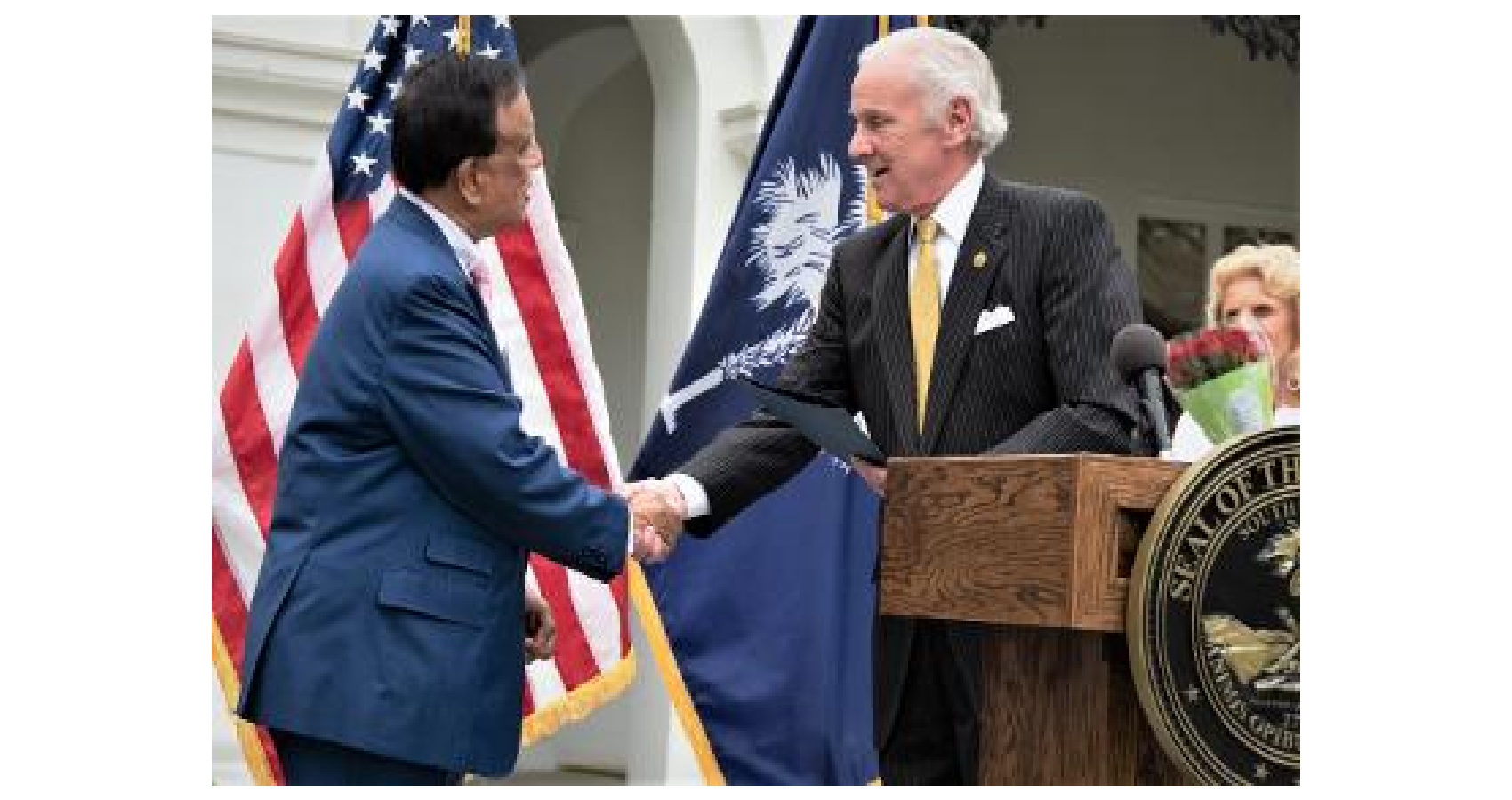 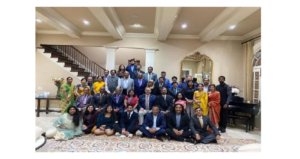 Governor McMaster presented the proclamation to KV Kumar, President & CEO of IAICC at the inauguration and appreciated the work of IAICC. While speaking at the event, Governor McMaster welcomed IAICC to South Carolina and said his administration will work with IAICC and support its initiatives in the State.

He also said that South Carolina and India enjoy great relations, and the State has been playing a significant role in promoting India-US trade relations for so many years now. He added that relations between these two countries have continued to flourish even during the pandemic, and announced that South Carolina was the first State in the SE Region to establish an Office of the Trade Representative in New Delhi. 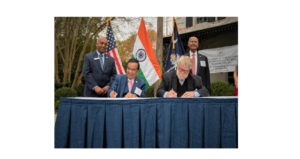 Welcoming the gathering, KV Kumar appreciated Governor McMaster’s efforts in the State and thanked him and the First Lady Peggy McMaster for graciously hosting the IAICC inauguration and the reception at the Governor’s Mansion. He also thanked the Indian Ambassador to the US, Mr. Taranjit Singh Sandhu, and the Consul General of India in Atlanta, Dr. Swati Kulkarni for their continued support to IAICC. Kumar said he missed the Ambassador at the event, and congratulated him for bringing several key initiatives to strengthen India-US relations. During her address,

Dr. Kulkarni praised Governor McMaster and Mr. Kumar for their work in India-US Relations. She commended IAICC’s role in enhancing the trade partnership between US and India, and said IAICC will play as a catalyst in bringing more business opportunities to South Carolina. She also presented a communique on the present status of India to Governor McMaster.

At the inauguration, Secretary of Commerce, Mr. Robert Hitt III, and IAICC officials signed an MoU. One of the objectives in the MoU stated that the signatories will establish and promote a new era of South Carolina – India Relations. 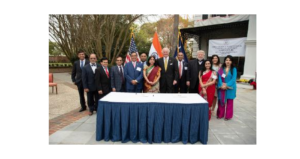 Ms. Vasudeva delivered the vote and thanks and thanked Governor McMaster for hosting the event and other guests for their valued presence. IAICC Executive Committee members and officials Mr. Appen Menon, Mr. Achyut Allady, Dr. Anu Bhat, Mr. Kinesh Doshi, and Dr. Subrahmanya Bhat were also present and participated in the event.