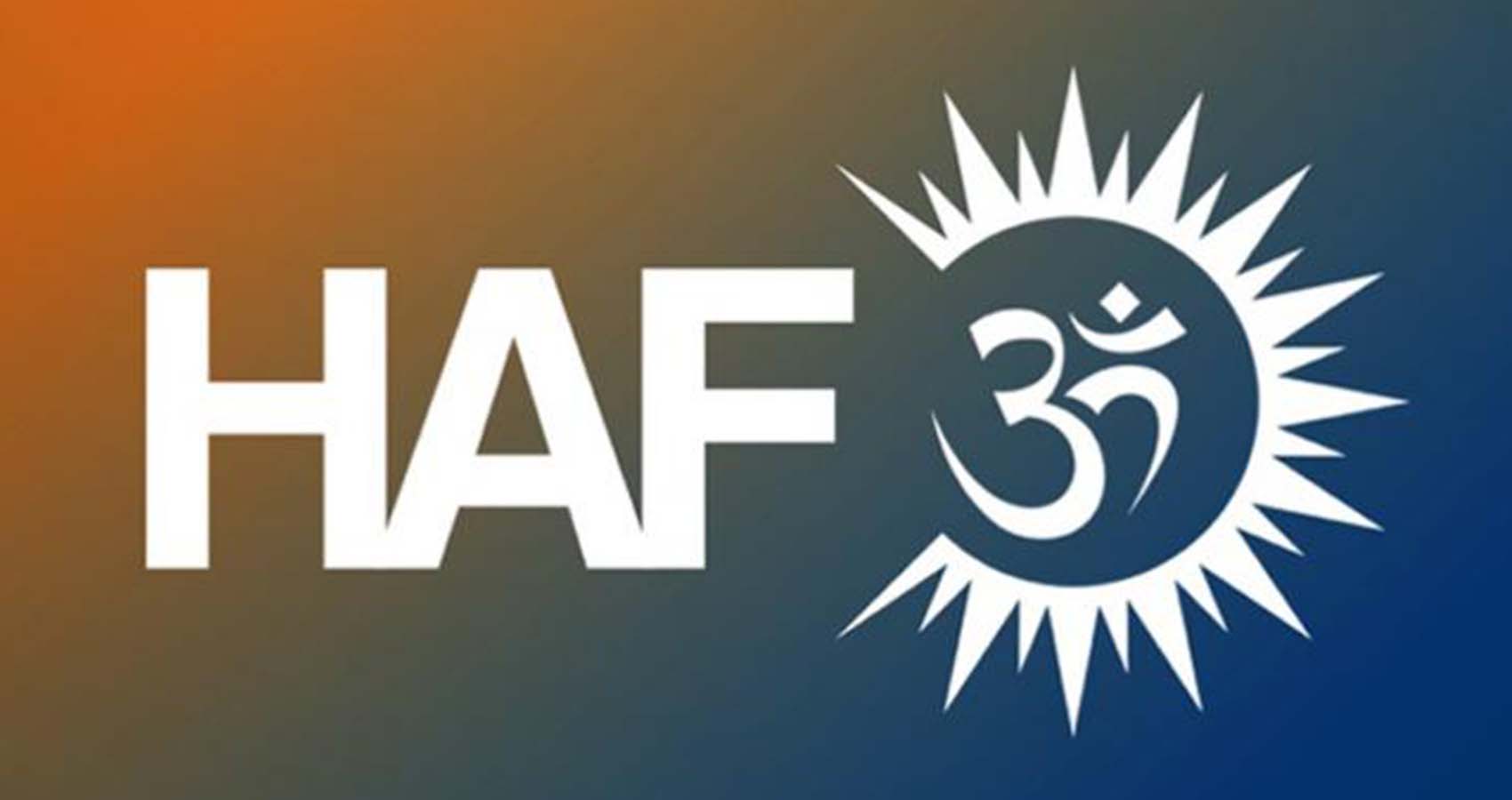 An Indian American advocacy group is keen on spreading awareness on the raising ‘Hinduphobia’, that has been scaring the community across the world. One of the main perpetrators of this new fear is the popularity of Narendra Modi-led BJP party, which has been force-feeding the idea of Hinduism. In order to clear this negative image of the Hindus, Hindu American Foundation (HAF) is heading a campaign targeting universities across the US inviting them for a virtual conference titled Dismantling Global Hindutva (DGH), scheduled for September 10–12.

The petition to university and college authorities raises concerns over Hinduphobia. “The DGH organizers trade on the prestige of your institution’s name to host, not an academic conference, but a partisan event related to politics in India. The event platforms activists with extensive histories of amplifying Hinduphobic discourse even while denying the existence of Hinduphobia,” the petition states.A prominent Indian American state senator from Ohio, Niraj Antani, has thanked HAF for leading the charge against this bigotry, in a statement. He has himself strongly condemned hosting the ‘Dismantling Global Hindutva’ conference.

HAF’s executive director, Suhag Shukla told reports that while the organization was not asking that the event be canceled or that scholar-activists from the institutions not be allowed to participate; but institutionally, there was a duty to encourage a diversity of viewpoints alongside academic freedom and free speech. “We need to be sure that Hindu students, staff, and faculty at each of these institutions are supported through all of this. The recent example of Rashmi Samant, a student from India in the UK, being stripped of her position as the student union president at Oxford University is an overt example of the harm this kind of political activism promulgated by scholar-activists can result in,” Shukla said.

The initial effort by HAF to send emails to university presidents delivered slightly more than 928,000 emails in the span of 48 hours. The response was so robust that HAF was forced to move to collect signatures for a petition to be delivered to the same group of university administrators. “We support the rights of academics in their individual capacity to engage in political activism concerning India. But leave universities, and by extension university departments, centers, and institutes out because, aside from potentially violating tax-exempt status, it stifles open enquiry,” said Shukla. “Students and faculty must have the freedom to explore questions, posit ideas, and express opinions without being viewpoint policed or fear of being labeled a “supremacist” or “extremist” by the loudest amongst them and then paying a professional price.” Four universities responded to HAF’s campaign and confirmed their name and logo was used in an unauthorized manner and that event organizer were requested to remove the logos. These include Boston College, Dalhousie University, Princeton University, and the University of Massachusetts, Boston.

According to HAF: “What was alarming about this event, was the way in which they try to mask the latent Hinduphobia of the stated purpose of the event, the speakers, and the topics. The Hindutva harassment manual actively denies Hinduphobia when there is incontrovertible evidence of anti-Hindu hatred.” The organization has launched a multi-pronged effort on this issue, both national and local in America, which includes an unprecedented response through letter-writing campaigns, petitions and individual stakeholder outreach to students, faculty, alumni and donors of the universities. “We urge universities to take this entire episode seriously and understand that their faculty irresponsibly and falsely labeling tens of thousands of people exercising their own right to free speech and assembly as “fascists” and “supremacists” is endangering an ethno-religious minority in the US,” Shukla said.

Today, Dharma-based organizations including those of Hindu, Sikh, Buddhist and Jain traditions from around the world, are pleased to announce the addition of another major festival, indeed an entire month of festivals, in October as the Hindu Heritage Month. Hindus represent one of the newest and the fastest growing immigrant communities in the United States and Canada. Backed by a rock-solid family structure and love for education, they are fully integrated into every aspect of their adopted society, enriching it with not only outstanding professional contributions but also rich cultural heritage. From the elegant ethnic wear to delicious food to festivals like Holi and Diwali, their diverse and rich culture has impressed all in the Western world.

Based on the “open source” model, the celebration of Hindu Heritage Month will be a showcase for the diversity that is so fundamental to Hindu civilization. Each participating organization will decide the manner as well as the schedule of their event(s). On a given day, there may be several events taking place in different parts of the United States and Canada. Celebrations may take many forms – cultural programs, fashion shows, webinars, multi-day conferences, walkathons and more, the choices being limited only by our imagination. Some events may be conducted in-person but the majority will be virtual, given the Covid-19 situation. Participation is open to all organizations, businesses and individuals that identify with the Sanatan (everlasting) values embodied in Hindu dharma. More than 30 organizations have already joined hands in this exciting celebration of our shared heritage; many more are expected to join in the near future.

Dr. Jai Bansal, Vice President – World Hindu Council of America, and one of the organizers of this event, underscores the fact that the Hindu community is, by nature, rather unassuming. However, with second and third generations now making their mark in their adopted lands, the time has come for the Hindu community to come out of their shell and talk about its rich cultural heritage and important role in making the multitude of contributions to every aspect of the fabric of the adopted lands. Welcoming the decision of the organizers to hold this month-long event, President of the Hindu Student Council (HSC) Arnav Kejriwal said, “HSC is extremely excited about the Hindu Heritage Month. The American experience is all about sharing and learning each of our unique cultures, traditions and histories. We will get to see so many communities graciously tell their unique stories in the course of a dedicated history and awareness month, and I am ecstatic about the prospect of seeing the Hindu American community offering our own stories in return.”

Putting the celebration in perspective, General Secretary of the World Hindu Council of America (VHPA) Amitabh VW Mittal said, “The Vedic Sanatan Dharma — which is, with a limited capacity of understanding, referred to as Hinduism — represents the only continuous civilization that has survived the test of time for tens of thousands of years. There is no single book that one can consult to get what the Hindu philosophy is, as it is constantly evolving and its contribution to the human civilization is unmeasurable; its vibrance in fact runs the risk of being misinterpreted. The Hindu Heritage Month will give an opportunity to the world to understand how open and free this philosophy is, which is quite often limited misrepresented by the tag ‘religion’.”

Seeing this as the community’s chance to communicate to the world in general and the United States and Canada in particular, President of Hindu University of America Kalyan Viswanathan said, “The Hindu Heritage Month is a great opportunity for the Hindu community to remember our collective  journey so far — from the ancient Vedic times, our own golden eras, through the trials and tribulations of conquests and colonization — and look optimistically forward at the opportunity we have for recovering and rearticulating the Hindu worldview for future generations. Amidst the celebrations, I hope we can reflect on what it means to be Hindu in the modern world: whether it is just a matter of being of a certain ethnicity or we have something to say, something to contribute that may just be of immeasurable value to all of humanity.”

General Secretary of Coalition of Hindus of North America (COHNA) Shobha Swami made a point about the diversity of the culture that is going to be celebrated the whole of October. “Multi- generational Hindus from different parts of the world who call the US their home add to the color of the ethnic tapestry here. They would like to showcase their vibrance in arts, dance, music, yoga, meditation, mindfulness, Ayurveda and food in all its richness for this month-long celebration in October,” she said. Any organization that wishes to participate in the HHM celebration is requested to register as a partner on our website: www.hindumonth.org.