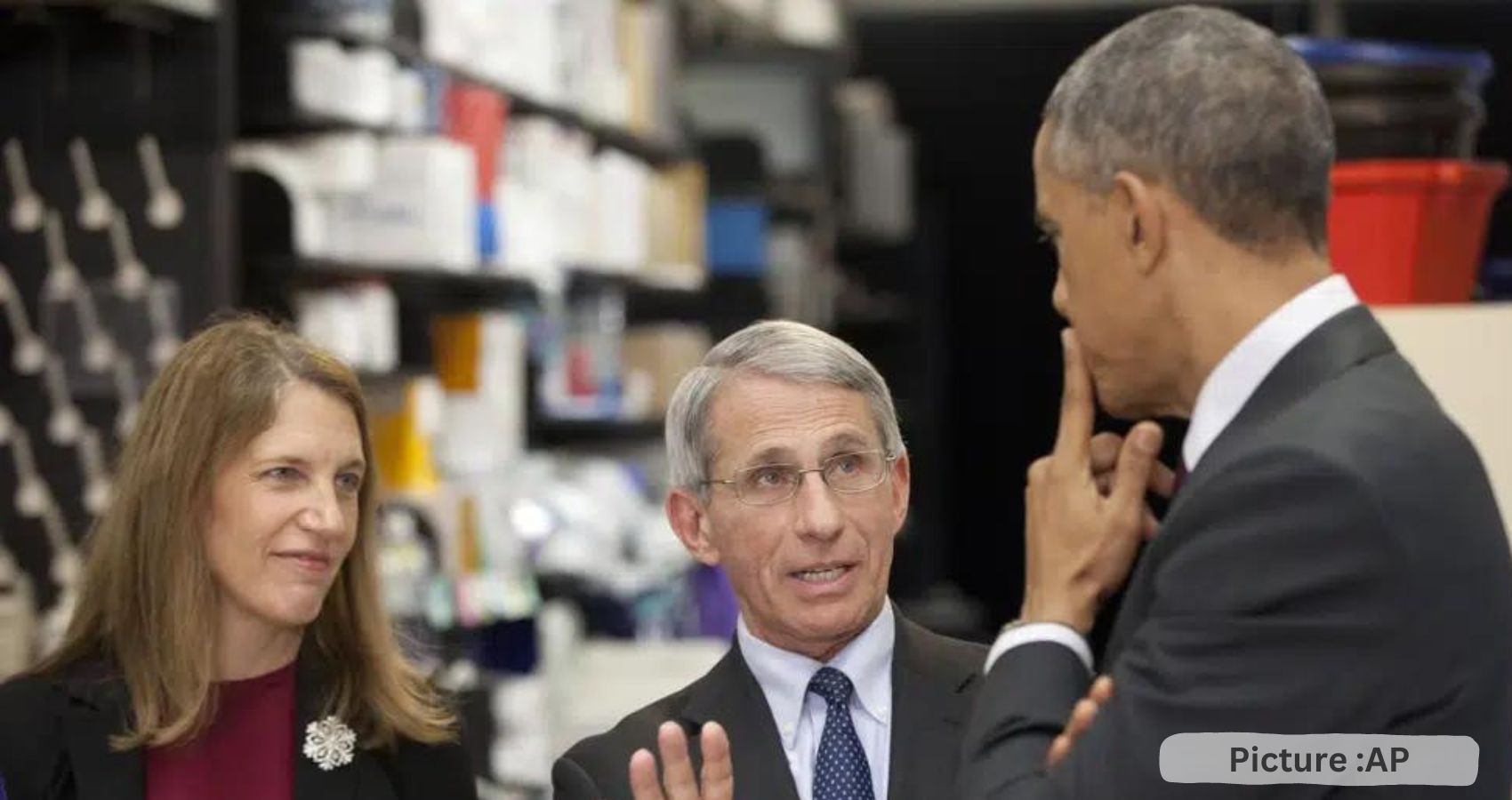 (AP) — Long before the bobbleheads and the “Fauci ouchie,” Dr. Anthony Fauci was a straight-shooter about scary diseases — and “stick with the science” remains his mantra.

Fauci steps down from a five-decade career in public service at the end of the month, one shaped by the HIV pandemic early on and the COVID-19 pandemic at the end.

In an interview with The Associated Press, Fauci said he leaves excited by the prospect of advances such as next-generation coronavirus vaccines — but worried that misinformation and outright lies mark a “profoundly dangerous” time for public health and science.

“Untruths abound and we almost normalize untruths,” Fauci said. “I worry about my own field of health, but I also worry about the country.”

Fauci, who turns 82 on Christmas Eve, has been a physician-scientist at the National Institute of Allergy and Infectious Diseases for 54 years, and its director for 38 of them.

“Stick with the science and never be afraid to tell somebody something that is the truth — but it’s an inconvenient truth in which there might be the possibility of the messenger getting shot,” Fauci said. “You don’t worry about that. You just keep telling the truth.”

He added, with characteristic understatement: “That’s served me really quite well with one exception that, you know, the truth generated a lot of hostility towards me in one administration.”

For all his prior influence on national and even global responses to infectious diseases, it wasn’t until COVID-19 paralyzed the world in early 2020 that Fauci became a household name — giving the latest updates at daily White House press conferences and in frequent media interviews.

But eventually, Fauci found himself having to contradict then-President Donald Trump’s attempts to downplay the severity of the viral threat and promote unproven treatments. Trump and his allies began attacking Fauci, who even received death threats that required a security detail for his protection.

As the world enters another year of COVID-19, Fauci still is a frequent target of the far right — but also remains a trusted voice for millions of Americans.

Under his watch, researchers at the National Institutes of Health laid the scientific groundwork for the speedy development of powerful coronavirus vaccines. An analysis released by the Commonwealth Fund last week found the shots saved 3.2 million lives in the U.S. alone and prevented 18.5 million hospitalizations.

With another winter uptick underway, Fauci’s disappointed that just 14% of people eligible for the updated COVID-19 boosters — shots that add protection against omicron strains — have gotten one.

“That doesn’t make any sense at all, when you have a vaccine that you know is life-saving,” he said. But he’s also looking forward to next-generation vaccines that do a better job of preventing infection, citing promising leads like nasal vaccines.

For all the political attacks, the public did struggle to understand why some of his and others’ health advice changed as the pandemic wore on — such as why masks first were deemed unnecessary and later mandated in certain places.

Fauci said one of the pandemic’s lessons is to better convey that it’s normal for messages to change as scientists make new discoveries. “That doesn’t mean you’re flip-flopping. That means you’re actually following the science,” he said.

Fauci has had a hand in life-saving scientific advances for decades. As a young researcher at the National Institutes of Health, he helped develop highly effective therapies for rare but once-fatal blood vessel diseases known as vasculitis syndromes.

Then came the AIDS crisis and days that Fauci, treating patients in NIH’s hospital, recalled as “very dark and very difficult. As a physician you’re trained to heal people. And we weren’t healing anybody. Everybody was dying in front of us.”

Fauci created an AIDS division that, together with drug companies and universities, led research into drugs that eventually transformed HIV into a manageable chronic disease. Later, under President George W. Bush, Fauci helped develop PEPFAR, the President’s Emergency Plan for AIDS Relief, to bring those HIV medications to poor countries. The program is credited with saving more than 20 million lives over the past 20 years.

But it took years to get even the first anti-AIDS medications — and in the late 1980s and early ’90s, furious activists protested what they saw as government indifference. Fauci brought the activists to the table, making it standard practice for patient advocates to have a voice in government decisions about drug research. Unfortunately, he said, that experience can’t help bridge today’s political divisions that are hurting public health.

The AIDS activists “were theatrical. They were iconoclastic. They were provocative. They were confrontational, all of the above. But the fundamental core message that they had was a correct message,” Fauci said. “That is enormously different from what is going on right now with COVID, where untruths abound, conspiracy theories abound, distortions of reality abound.”