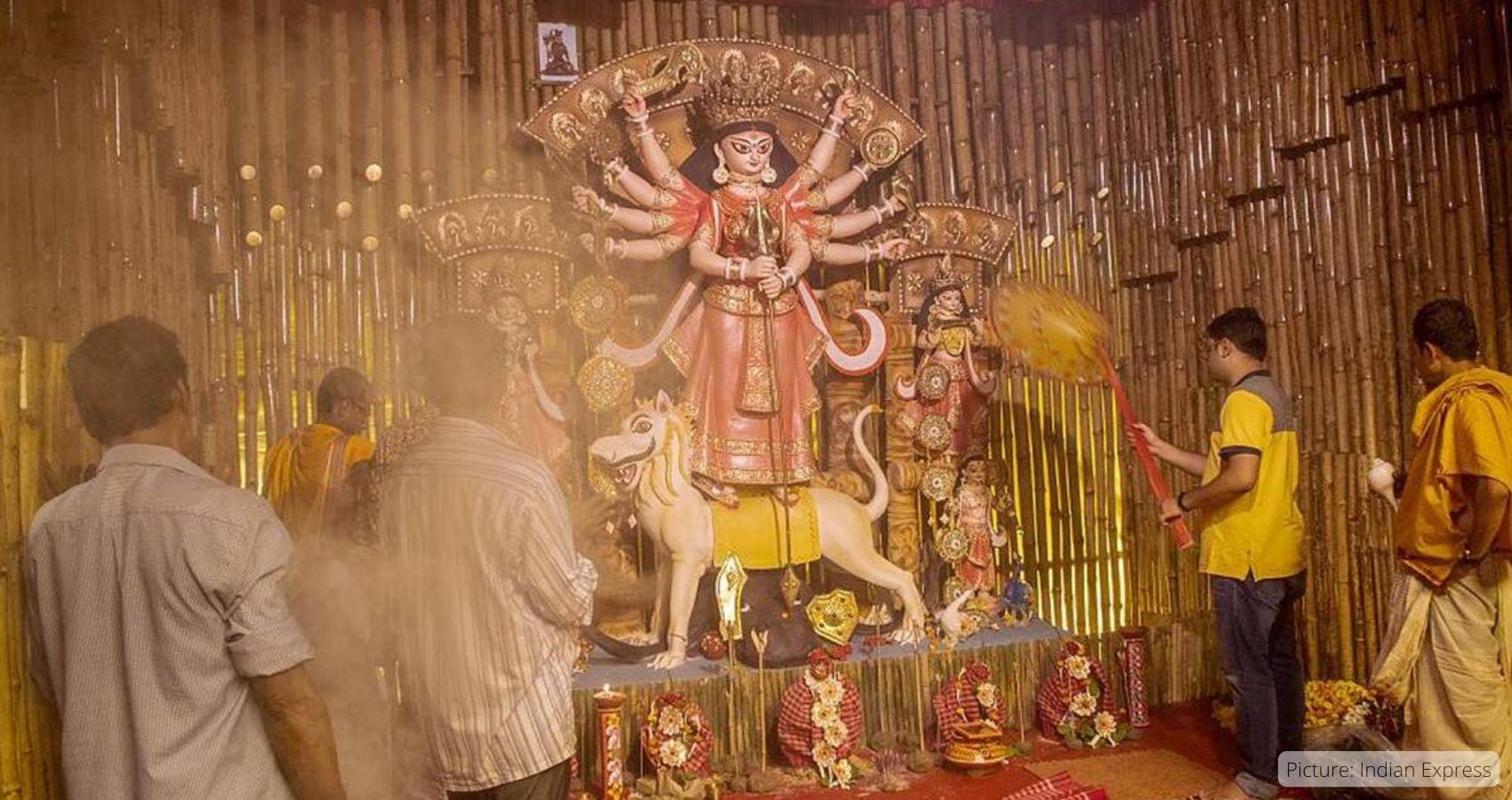 Durga Puja celebrated in Kolkata and around the world in the months of September/October has been added by UNESCO to the Lost of Intangible Cultural Heritage, giving international recognition to the biggest religious festival of the 332-year-old city, Kolkata and The state of West Bengal.

Durga Puja, also known as Durgotsava or Sharodotsava, is an annual Hindu Festival celebrated in the indian subcontinent that honors and reveres the Hindu Goddess Durga and commemorates Durga’s victory over Mahishasur.

As many as 36,946 community Durga pujas are organized in Bengal. Of these, around 2,500 are held in Kolkata. In recent years, several organizations had urged UNESCO to recognize the festival.

Traditional Yoga and the Kumbh Mela got the recognition in 2016 and 2017 respectively. Now, the Durga Puja is the only Indian festival to make it to the list of 20 events and traditional activities.

Durga Puja Is An Annual Festival Celebrated In September Or October, Most Notably In Kolkata, In West Bengal Of India, But Also In Other Parts Of India And Amongst The Bengali Diaspora. It Marks The Ten-Day Worship Of The Hindu Mother-Goddess Durga.

In The Months Preceding The Festival, Small Artisanal Workshops Sculpt Images Of Durga And Her Family Using Unfired Clay Pulled From The Ganga River. The Worship Of The Goddess Then Begins On The Inaugural Day Of Mahalaya, When Eyes Are Painted Onto The Clay Images To Bring The Goddess To Life. It Ends On The Tenth Day, When The Images Are Immersed In The River From Where The Clay Came.

Thus, The Festival Has Also Come To Signify ‘Home-Coming’ Or A Seasonal Return To One’s Roots. Durga Puja Is Seen As The Best Instance Of The Public Performance Of Religion And Art, And As A Thriving Ground For Collaborative Artists And Designers. The Festival Is Characterized By Large-Scale Installations And Pavilions In Urban Areas, As Well As By Traditional Bengali Drumming And Veneration Of The Goddess. During The Event, The Divides Of Class, Religion And Ethnicities Collapse As Crowds Of Spectators Walk Arou

The First Day Of Durga Puja Is Mahalaya, Which Marks The Arrival Of The Goddess. On The Sixth Day, Sasthi, Celebrations And Worship Begin. The Goddess Is Worshipped In Her Various Forms As Durga, Lakshmi, And Saraswati Over The Next Three Days.

The Celebrations Conclude With Vijaya Dashami (Tenth Day Of Victory), When Sacred Images Are Carried In Massive Processions To Local Rivers And Immersed Amid Loud Chants And Drumbeats “Dhaak.” This Custom Represents The Deity’s Return To Her Home And Husband, Shiva, In The Himalayas. At Various Pandals, Idols Of The Goddess Riding A Lion And Attacking The Demon King Mahishasura Can Be Found. This Year The Celebration Begins From October 1 And Lasts Till October 5.

The significance of Durga puja should be understood in order to enhance the beauty of the celebrations and to comprehend the devotion to Goddess Durga.

According to Hindu mythology, Lord Brahma granted the demon Mahishasura the boon of invincibility, which meant that no man or god could kill him. After receiving the blessing, Mahishasura attacked the gods and chased them out of heaven. To defeat the demon king, all the gods gathered to worship Adi Shakti. Maa Durga was created by the divine light that emanated from all the gods during the Puja.

Maa Durga’s battle with Mahishasura lasted ten days. On the tenth day, goddess Durga slew the demon king, and thus the day is celebrated as Vijaya Dashami, symbolizing the triumph of good over evil.

On the last day, devotees immerse goddess durga’s idol in the holy ganges water. It is referred to as Durga Visarjan. Worshippers march in procession before the immersion, accompanied by drumming, singing, and dancing.