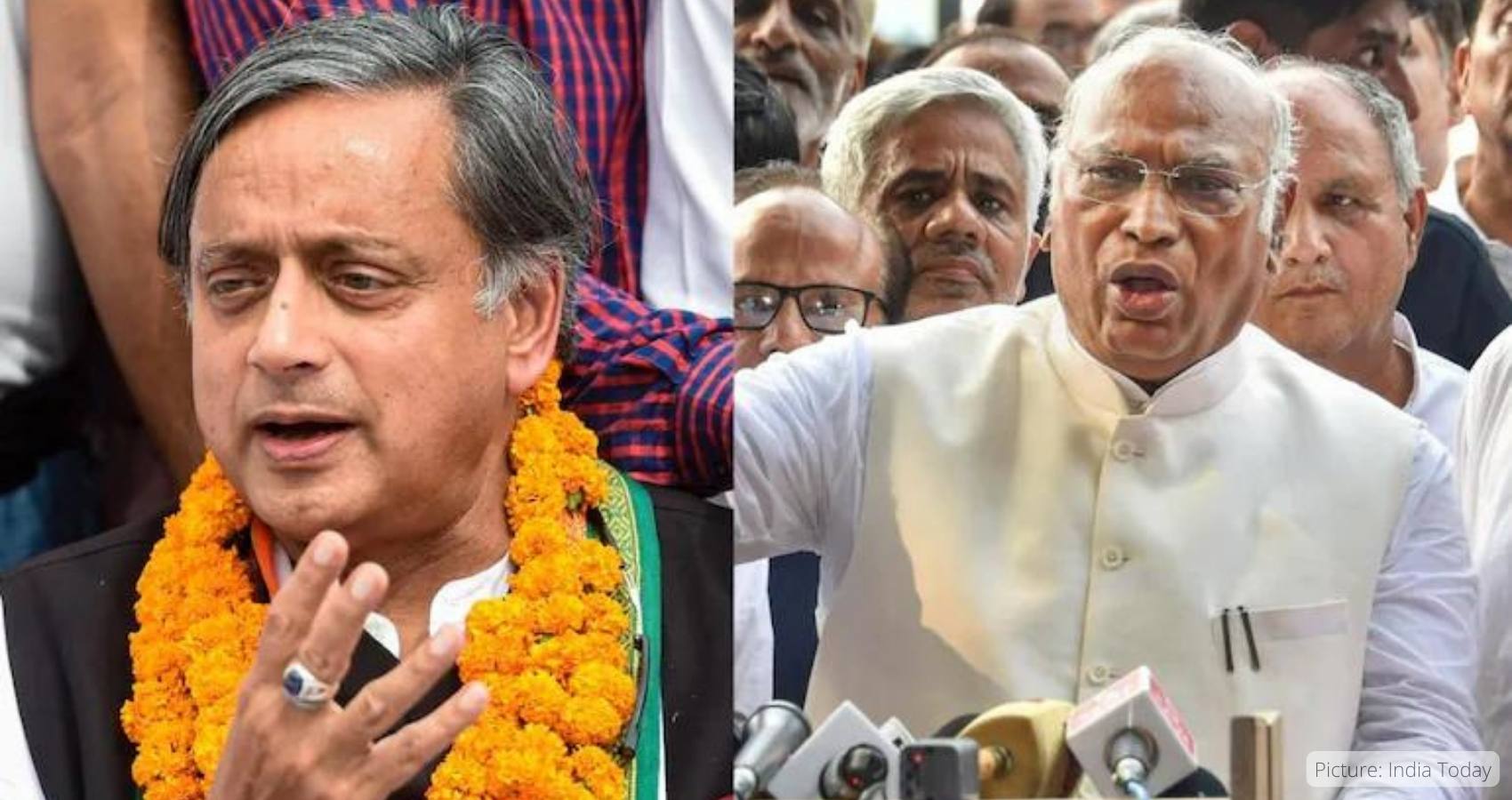 Senior Congress leaders Shashi Tharoor and Mallikarjun Kharge are now all set to fight for the post of Indian National Congress Party President, after they filed the nominations at the party HQ in New Delhi on Sept. 30, 2022. The elections are scheduled for October 17, and the results would be announced two days later.

The forms submitted by the candidates have been scrutinized, Madhusudan Mistry, senior Congress leader and the returning officer for the election of the party president, said at a press conference.

“Malikarjun Kharge and Shashi Tharoor are the two candidates. October 8 is the date for withdrawal of candidacy. The picture will be clear on that day – if no one withdraws, then the voting process will take place,” Mistry added.

After filing the nomination for the Congress president poll, Congress MP Shashi Tharoor said, “I’ve a vision for Congress which I’ll be sending to all delegates. We’re going to seek their support… I’m here to be the voice of all party workers. 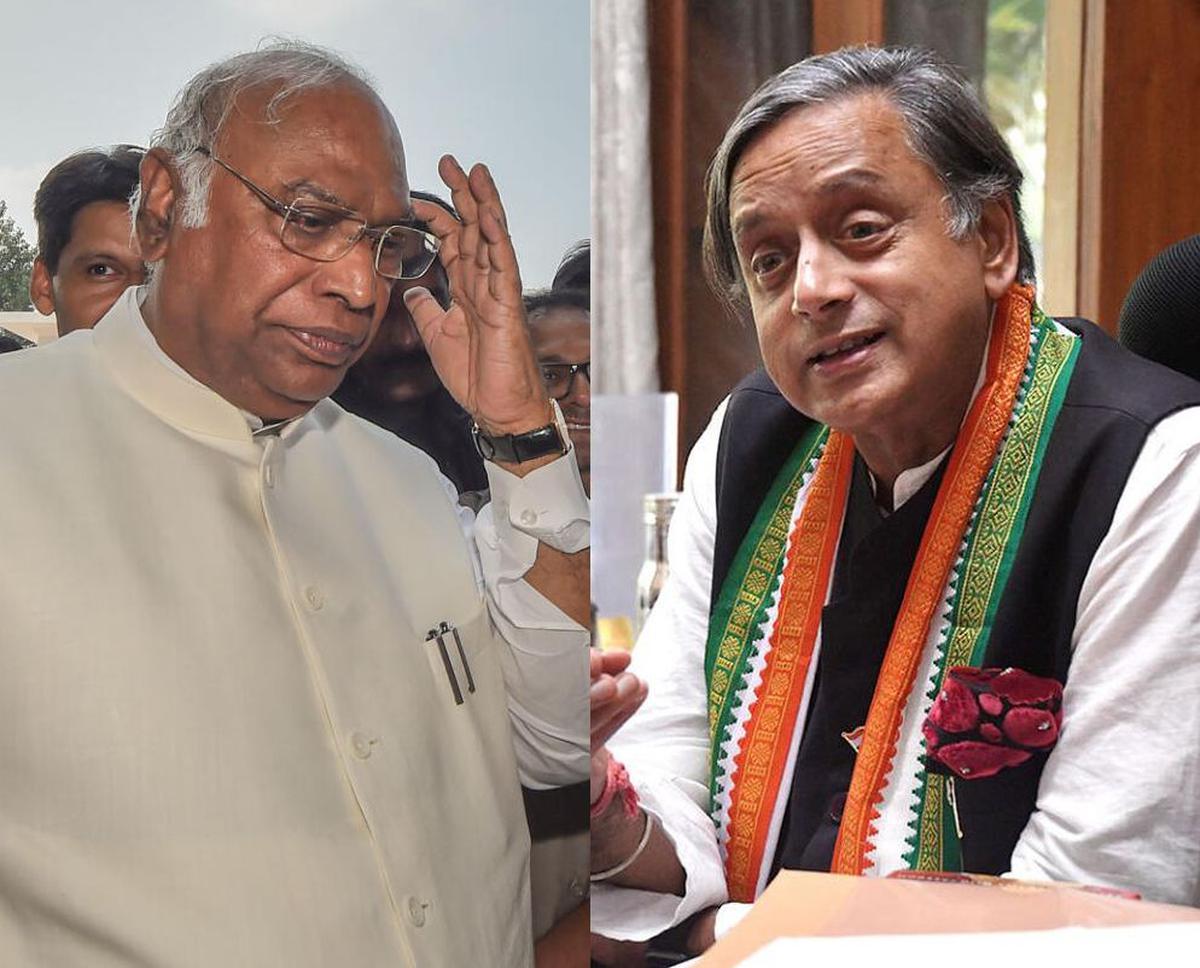 After the official announcement, Shashi Tharoor tweeted: “Delighted to learn that, following scrutiny, Mallikarjun Kharge and I will be squaring off in the friendly contest for President of Congress. May the party and all our colleagues benefit from this democratic process!”

On Saturday, Tharoor began his campaign from Maharashtra’s Nagpur. In a tweet, he wrote: “I present my 60 nominees. 12 states, all levels of leadership but all proud @INCIndia workers. I thank them & the thousands of workers they represent for the faith they have placed in me. Thanks, my Parliamentary colleagues, for your unwavering support.”

Karti P Chidambaram is among the proposers of Tharoor, who is using “#ThinkTharoorThinkTomorrow” as his campaign hashtag on social media in reiteration of his message that he represents change. “Colleagues from far and wide, thank you for your support for my candidacy,” he wrote in another tweet.

On Saturday, speaking to news agency ANI, the 66-year-old leader had insisted that his contest with Kharge was “not a battle”. “But for those who are satisfied with the party functioning should choose Kharge Sahab, and those who want change should choose me.”

Tharoor, a prominent Indian diplomat and politician who, after long service in the international diplomatic corps, became an official in the government of India. He was also a highly regarded author of both nonfiction and fiction books.

Tharoor was born into an Indian expatriate family living in London, which returned to India after his birth. He completed a bachelor’s degree at the University of Delhi in New Delhi, and in 1978, at age 22, he was awarded a Ph.D. from the Fletcher School of Law and Diplomacy at Tufts University in Medford, Massachusetts. At that time Tharoor was the youngest person ever to earn a doctorate from the Fletcher School. Later that year he became a staff member in the Office of the United Nations High Commissioner for Refugees (UNHCR) in Geneva, Switzerland.

During his subsequent 23-year career as a diplomat in the United Nations, Tharoor served in various capacities, including deputy chief of the UNHCR Secretariat (1985–89), special assistant for the United States and UN for peacekeeping (1989–96), executive assistant to the secretary-general (1997–2000), and under-secretary-general for communications and public information (2001–07). In 2006 Tharoor was chosen as India’s official candidate for the post of secretary-general. He finished second out of the seven candidates in the 2007 election, which was won by former South Korean diplomat and politician Ban Ki-moon. Following his defeat, Tharoor resigned from the UN and became the chairman of an investment company based in the emirate of Dubai.

Congress veteran and leader of the Opposition in the Rajya Sabha, 80-year-old Mapanna Mallikarjuna Kharge is likely to be elected the next party president. If Kharge does bag the post, he will be the first non-Nehru-Gandhi family member to hold the position in 25 years, after Sitaram Kesari.

The Kharge family hails from Warawatti in Bhalki taluk of Bidar district, which falls in the old Hyderabad–Karnataka region, which was formerly ruled by the Nizams. When he was just seven, the Kharge family was forced to move to neighbouring Kalburgi (formerly Gulbarga) district, after an outbreak communal violence, in which several members of his immediate family, including his mother, lost their lives. This event is said to have shaped his views on communalism and inter-faith relations, making him staunchly ‘secular.’

Of the 12 elections he has contested, Kharge lost only once – in 2019. He was elected to the Karnataka assembly nine times consecutively, between 1972 and 2008. Eight of the victories came from the Gurmitkal constitutency, when it was reserved for Scheduled Castes, and once from Chitapur. He also won from the Gulbarga Lok Sabha constituency in 2009 and 2014, earning him the sobriquet of Solilada Sardara.

If he wins, Kharge would be the second president of the Congress party from Karnataka, after S Nijalingappa in the mid-1960’s. Also, it would mean that two senior positions at the highest echelons of the Congress party would be occupied by Kannadigas. B V Srinivas already heads the Youth Congress and if Kharge wins the presidency, it would be an additional feather in the cap for the party in Karnataka, which goes to the polls in the next six months.