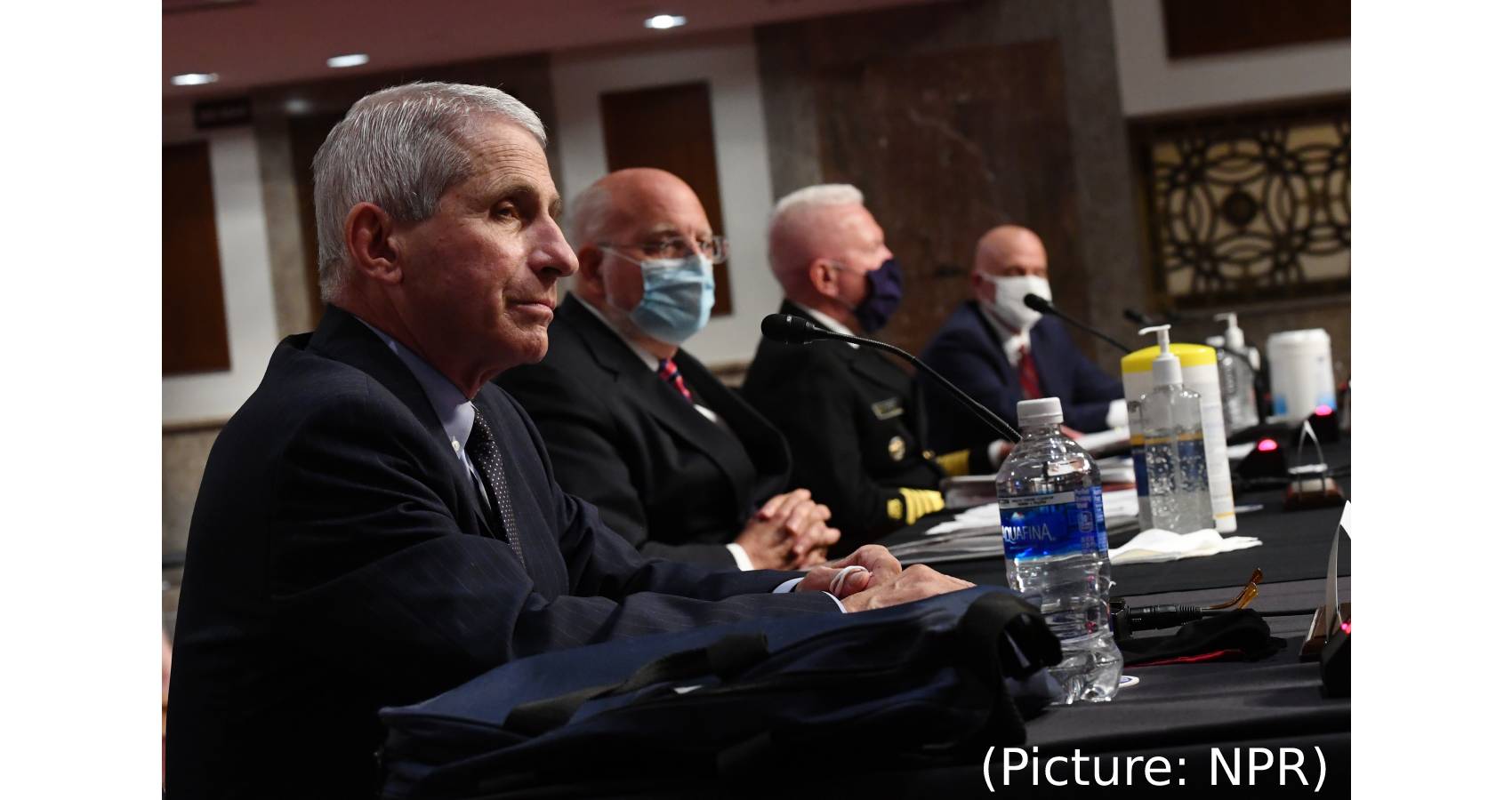 A surge in new coronavirus cases has gripped the U.S. as school officials weigh spring semester reopening plans against the backdrop of a global pandemic. The decision to bring students back for in-person instruction is chief among their concerns. But even as case numbers climb, infectious disease expert Dr. Anthony Fauci is in favor of keeping schools open. In an interview Sunday on ABC’s “This Week,” Fauci said to “close the bars and keep the schools open,” Business Insider reported.

“Obviously, you don’t have one size fits all,” he said. “But as I said in the past, the default position should be to try as best as possible within reason to keep the children in school, or to get them back to school.” In the wake of new mask guidance from the CDC, Dr. Anthony Fauci appeared on CNN to talk about the emerging science surrounding COVID-19 vaccinations and what Americans can expect as society attempts a partial return to normal.

Dr. Anthony Fauci stated that he agrees with new guidance from the US Centers for Disease Control and Prevention which recommends a return to in-person school for children this fall.“I think that the message from the CDC is clear and I totally agree with them,” Fauci told the media. “We want all the children back in in-person classes in the fall term.” CNN’s Jake Tapper concluded his interview Thursday with specific questions about the nation’s students and schools: “Both CDC Director Walensky and the president of the American Federation of Teachers are now saying that schools in the fall should be 100 percent open and in-person, five days a week. Do you agree — and if that’s the plan should it be formalized so schools and parents should start preparing? Yeah I agree with that,” Fauci replied. “I believe the schools should be open five days, full blast, just the way it was before — that we really have to do that by the time we get to the fall.”

“The re-opening of schools was associated with very few COVID-19 outbreaks after easing of national lockdown in England,” Public Health England and other experts wrote in the report, according to the Post. A study issued in August by the European Center for Disease Prevention and Control found something similar. Citing the study, The New York Times reported children accounted for fewer than 5% of all coronavirus cases reported in the European Union and Britain. The agency also said shutting down schools would be “unlikely to provide significant additional protection of children’s health.”

That’s in-part why schools in England stayed open when an influx of new COVID-19 cases prompted Prime Minister Boris Johnson to institute a second nationwide lockdown in October. The lockdown expires Dec. 2. Germany, which was looked to as a leader in COVID-19 testing and virus containment early in the pandemic, has done the same with its schools.

The guidance places in-person learning as the priority this fall even if not all mitigation measures can be implemented. It also encourages vaccination for all eligible people.“Obviously, depending upon the age of the children, some will be vaccinated, some not. Those who are not vaccinated should be wearing masks,” said Fauci, the director of the National Institute of Allergy and Infectious Diseases. “The CDC says they’d like to maintain the three-foot distance and if they can’t, they’re going to work around it, do other things, make sure there is good ventilation. The message is loud and clear: come the fall, we want the children back in school,” he added.